The growing presence of Iran in Syria, combined with attacks against a missile plant and a base for Iranian forces, indicate that Israel and Iran are practically already at war. 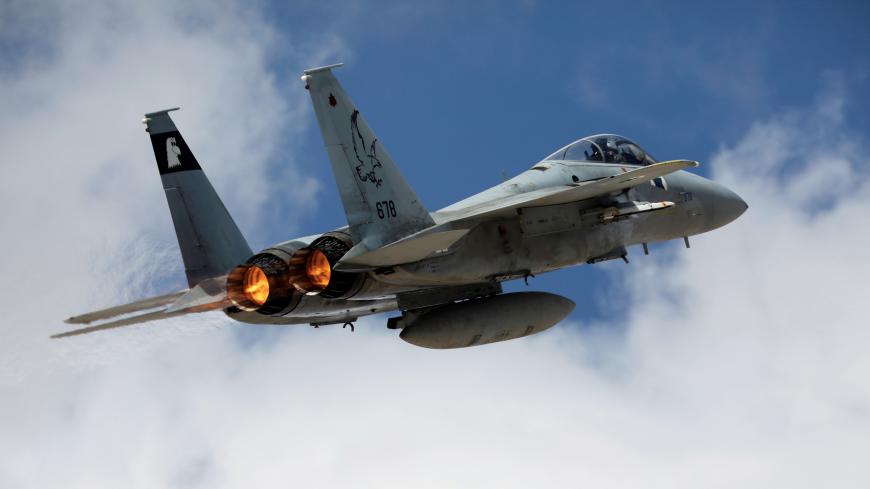 On Nov. 15, Israeli Defense Minister Avigdor Liberman tweeted: "I just completed a two-day visit along the northern front. We will not allow Shiite Iran to establish itself in Syria, and we will not allow it to transform Syria into an advance position against Israel. Anyone who doesn't understand this, should."

On the night between Dec. 1 and 2, unidentified aircraft bombed a military base about 14 kilometers (9 miles) southwest of Damascus while it was undergoing renovations. On Nov. 11, just four days before Liberman's tweet, the BBC released satellite images as evidence of the extensive construction and renovations underway at the base that was later bombed. According to the British news service, the base was planned to house troops and weaponry. Western intelligence sources added that these would be fighters from the Shiite militias inspired by Iran, who have operated in Syria over the last few years during the civil war there. In other words, this would be the first time that the long arm of Iran was about to hunker down in a permanent military base on the outskirts of Damascus, within mortar range of the Israeli border on the Golan Heights.

According to foreign news sources, this was the second time that Israel launched such an attack, intended to prove that the red lines it laid out over the past few months are still very much in force. Furthermore, it plans to stand behind these red lines and use military force whenever they are crossed. The previous attack occurred on Sept. 7, when air-to-surface missiles were fired at a factory that installed "kits" on missiles to enhance their precision. Israel has declared Iran's "precision project" in Syria and Lebanon to be another clear red line and a casus belli, which it would not let pass in silence.

While Israel did not take responsibility for this week's attack on the base, the Arab media in general and the Syrian media in particular say there is no doubt that the Israeli air force was behind it.

In other words, an attack on a military facility being built by the Iranians for the Shiite militias, which operates under Iran’s command, is being attributed to Israel. What this really means is that Israel and Iran are already at war, even if it is only on a low flame and at low intensity. It is not a direct war yet. It is being fought by Iran's various proxies in the region. Nevertheless, the fact that it is being fought at all cannot be denied. It is being waged steadily, in the air, at sea and on the ground. The two parties are sizing each other up as much as possible. They are stretching their intelligence capacities to the maximum and trying to maneuver according to the obscure rules of the game, which are being set while the game is being played. Each party is trying to deter the other, while in the same breath to prevent the situation from deteriorating into an all-out war. It sure is complicated.

There can be one clear conclusion from the activities attributed to Israel over the past few months: Israel's warnings were serious. It has decided to use force to prevent any crossing of the red lines that it set. It attacked when it discovered a manufacturing facility for precision rockets and missiles, and it attacked when it learned that a base for Shiite militias was being built near Damascus. It did not take responsibility for these attacks, but no one has any illusions about the identity of the jets that conducted the assault.

What this really means is that Israel and Iran are already at war, even if it is only on a low flame and at low intensity. It is not a direct war yet. It is being fought by Iran's various proxies in the region.

Al-Monitor has learned that in recent meetings that Prime Minister Benjamin Netanyahu and Liberman held with their Russian counterparts, Israel announced unequivocally that it is reserving the right to act at its discretion and that it plans to launch attacks to ensure that its security interests do not suffer. Israel also insinuated that it would prefer if the Russians themselves took steps to enforce the status quo, keep the Iranians at bay and help prevent Hezbollah's missiles and rockets from attaining greater precision. If you don't do it, said the Israelis, we will have to do it ourselves.

Some recalled a similar threat made by Israel in response to the Iranian nuclear project. Then, too, Israel terrified the West with its threats of an attack on Iran's nuclear infrastructure. These threats actually expedited the imposition of sanctions on Tehran significantly. Back then, however, between 2009 and 2014, Israel blinked first. It hesitated and eventually decided that it would not attack. In 2017, it blinks less. Today, Israel is far more determined, even if the current attacks are far less demanding.

Could these attacks deteriorate into an all-out war? The answer is yes, although there are still enough forces on the ground to rein things in and enough conflicting interests to contain the new situation and prevent it from deteriorating into war, even if local skirmishes continue to break out here and there. Israel must take into account that the Syrian-Iranian ability to absorb its blows has limits, too. Another working assumption is that if these attacks continue, Syria could, sometime in the future, develop its own policy of reciprocity, which extends beyond the sporadic firing of anti-aircraft missiles, which don't actually hit anything, just as Syria has been doing until now. The Syrians could, for instance, fire a single missile at the Israel Defense Forces’ (IDF) command post in the Northern Command or at the Golan Heights. This would not be a comprehensive war, but it could initiate a series of actions and reactions that could deteriorate quickly. Things like that have happened before in this part of the world.

According to Israeli intelligence, there are now some 9,000 Shiite militia fighters in Syria under Iranian command. These need to be housed in permanent bases as long as they are in the region to assist Syrian President Bashar al-Assad re-establish his regime and extend his control over the shattered country. While 9,000 militia fighters do not pose any threat whatsoever to the IDF, the problem is not in numbers. "It's actually a matter of principle," one senior Israeli security source told Al-Monitor on condition of anonymity. "Once there is a presence, it can strike roots and eventually be expanded. We have reached the decision that Syria must not become an advance position in Iran's conflict with Israel. We will do whatever it takes to show how serious we are about this."

As of now, this war is being waged by proxies, on a low flame and at low intensity. It is, essentially, a war of nerves. Israel hopes that the Iranians get the message and initiate, of their own volition, the withdrawal from Syrian territory of all forces identified with them. Israel also hopes that the Russians realize that by continuing to turn a blind eye to Iranian activities, they could put their own interests in the region at risk.

But what Israel really hopes is that once the US administration determines its positions in the region, it will reconsider its own withdrawal from the Middle East in general and Syria in particular. "The last word and the final decision on the matter has yet to be made," a senior Israeli diplomat told Al-Monitor this weekend on the condition of anonymity. "The Americans will not abandon this region. They are aware of how important it is to the Middle East as a whole and to their aspiration of renewing negotiations between Israel and the Palestinians."

So now, everybody is waiting for President Donald Trump while the faltering duel between Iranian measures and Israeli responses continues to fester beneath the surface.