Rapid degradation of soil is costing Iran billions of dollars each year as well as threatening national security. 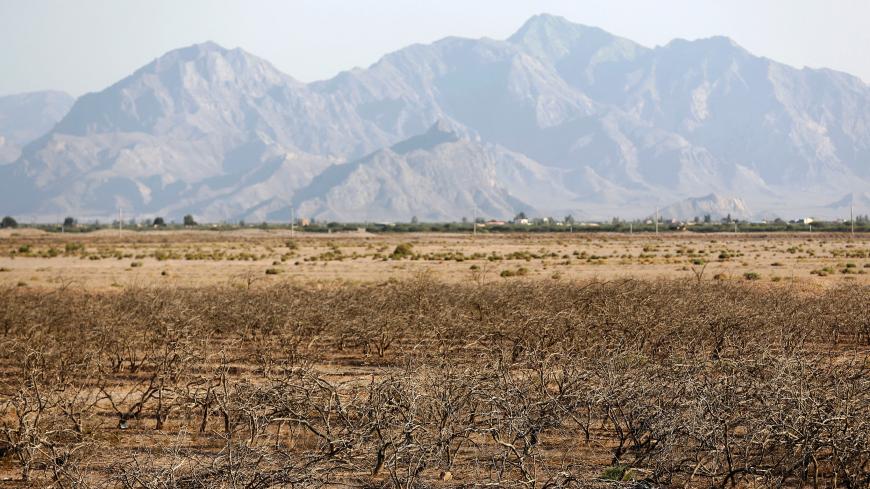 Soil and water are natural resources pivotal to the survival of any country. They constitute the key elements of agriculture, which no one doubts is important. Experts say that soil is even more important than water because the latter is recoverable but the first is not. They argue that it is crucial to preserve soil, as the formation of each centimeter of soil takes hundreds of years to produce.

Back in 2013, the United Nations Food and Agriculture Organization named 2015 the International Year of Soils to “raise awareness on the importance of sustainable soil management.” In this vein, the years 2015-2024 were named the International Decade of Soils. But this is at the international level; all governments must take their own measures for soil conservation. Following suit, Iran has also adopted policies and taken measures in recent years to preserve its soil resources, which are not in proper condition.

Iran is a dry country covering a land area of almost 165 million hectares. Of this, only 50 million hectares are arable — but less than two-fifths (18 million hectares) are currently used for agricultural purposes, while water scarcity has made the rest unusable. Regrettably, the limited soil resources are threatened with contamination, as pesticides and fertilizers are used excessively, while industrial pollutants and the use of salty water degrade soil and make it less nutrient-rich.

Another factor that poses serious threats to soil resources in Iran is erosion, but not the type of erosion that is natural. In Iran, soil erosion occurs at a fast pace under certain elements that can be divided into natural causes (wind and water) and those resulting from human activity. As most parts of Iran are dry, high winds blow away soil while water erodes soil in mountainous areas, particularly on slopes.

The second group of factors other than natural causes that contribute to soil erosion in Iran include activities such as farming, mining, construction, cutting trees and overgrazing. Cutting trees and overgrazing in particular decrease vegetation, which is known to be effective in slowing down soil erosion. In construction activities, soil is uncovered and damaged in areas but left unrepaired. Farming on steep ground, digging mines using improper and/or outdated methods, and excessive use of groundwater resources are also major factors contributing to soil damage.

Soil erosion leads to fertility and nutrition degradation, which results in lower quality and reduced production of agricultural products. At the same time, when land is degraded, its ability to hold on to water is decreased and thus worsens floods. For Iran, in addition to these negative impacts, soil erosion has also created an environmental crisis in many parts of the country, particularly in southern and southwestern provinces like Khuzestan, where the wind increases dust levels in addition to the already-high air pollution rate in major cities, including the capital city of Tehran.

In the meantime, soil erosion has also clogged waterways and resulted in sedimentation in rivers where fish such as salmon lay eggs. Salmon in Iran are currently in danger of extinction because of improper conditions in rivers.

Although soil erosion is a global issue, Iran has one of the highest erosion rates in the world, with some reports saying that the country is ranked second with different figures varying between 2 billion and 4 billion tons of soil eroding annually — almost four times above the global average. The issue is not only costing the country in terms of major environmental challenges, but it is also believed to be hitting the country’s economy at a very large scale. With each ton of soil estimated to be worth $28, it can be argued that the annual cost of soil erosion in Iran is $56 billion, which is even greater than the country’s oil revenue, which was $41.123 billion in 2016.

Of course, the alarm has been raised in the country about the urgency of soil preservation. “Soil is eroding rapidly due to many reasons, including underdeveloped technology," President Hassan Rouhani told parliament Sept. 22. "Such a situation, if continued, will leave the country faced with many crises, including severe dust levels, increased desertification, rising unemployment and reduced food security."

Rouhani’s government, as part of its soil conservation efforts, has prepared a bill that addresses the two main existing issues — namely, erosion and contamination. The bill has been submitted to parliament but has yet to be approved. “If this bill becomes law, it will enable the effective management of soil resources and more control over polluting activities,” Saeed Motessaddi, an official with the Department of Environment, told local media April 27.

Other efforts to contain soil erosion and contamination include strict bans on groundwater withdrawal, preparing an atlas of soil pollutants and land usage, plans to fight deforestation, the use of drainage systems to reduce salinity, the use of standard fertilizers and the increase of vegetation. To make use of the experiences of other countries, Iran has also become a member of the international Soil Association.

Under its sixth five-year development plan (2016-2021), Iran must improve as much as 500,000 hectares of soil used for farming each year. To reach that goal and other targets for soil preservation, credit facilities worth $71.4 million have been allocated annually. But officials at the Agriculture Ministry complain that they have yet to receive any money to implement their projects, even though the development plan is in its first year of implementation.

While measures taken by the Rouhani government have raised hopes for the better protection of soil that has been neglected for years and even aggravated by mismanagement and lack of integration among different bodies, some experts say it is not enough and that the public must also feel obliged to protect the soil. Experts argue that low levels of public awareness could even hamper other attempts to slow down soil destruction, which they refer to as a serious threat that, if left unresolved, will negatively impact other economic sectors and further endanger the social, economic and national security of Iran.