The municipality of Taibeh is working to rehabilitate a waste site and turn it into a park. 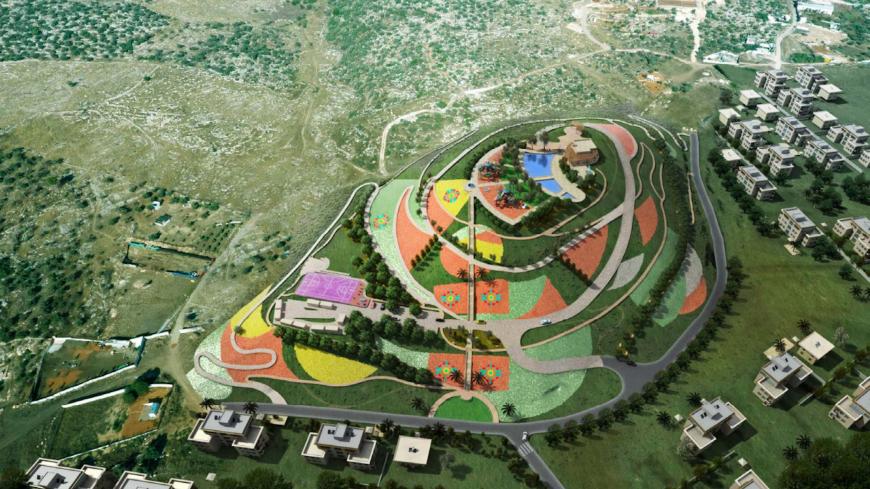 Residents of the Israeli city of Taibeh are hopeful. For the past few months, the Arab municipality has been advancing an ambitious plan to rehabilitate the East Taibeh waste site. It would like to turn the garbage hills into a vast green space with trees, picnic areas, bike lanes and playgrounds. It would be the town's first park.

The story of East Taibeh starts 50 years ago, back in the 1970s. For 30 years, until 2000, the people of Taibeh and the local authorities dumped waste at the site. When it became clear that the site was not compliant with environmental norms it was closed and for many years the area was abandoned. The authorities did the bare minimum to ensure that the site was stable and prevent dangerous waste from contaminating the groundwater. But other than that, the hills of garbage remained, overlooking over the bustling city and adjacent agriculture lands.

Arab-Israeli towns have suffered budgetary lacks for decades. In 2016, the government adopted a five-year plan to invest in infrastructure, health and education in the Arab sector. Progress has been made, but there is still a long way to go until the Arab towns and villages enjoy the same services and infrastructure as the Jewish ones. The gaps are simply too enormous.

In 2015, Israel signed the Paris climate agreement, defining a series of environmental goals. But for many local Arab authorities, these goals were and still are out of reach. The mayors are busy meeting the basic needs of their residents, such as paving dirt roads or building schools. The environment is not necessarily a top priority for them.

In many of these Arab-Israeli towns, efficient energy use is simply not on the agenda and many environmental hazards are unattended. For instance, several Arab municipalities are coping with the problem of supplying clean water to their residents. Another problem is transparency, as the national authorities in Israel offer little to no environmental information in Arabic. Taking all that into account, the municipality of Taibeh is now setting a remarkable example. True, it is only at the beginning of a long road, with many obstacles ahead, but the plans and local enthusiasm are impressive.

Morad Shekh Yusuf is the manager of the municipality's environmental department. He told Al-Monitor that the municipality is demanding funds for the rehabilitation project. "Already in August we asked the Ministry of Environmental Protection to recommend the project for budgeting," he explained. He also said that he is working with Taibeh Mayor Shuaa Mansour, who is committed to the project and engaged in the efforts to advance it.

The rehabilitation plan includes the construction of a large park whose slopes are to feature local vegetation, walking paths and bike lanes, and flattened areas for picnics and playgrounds. There are plans for an open-air theater and a cafe. But before work is started to level the ground and plant trees, the whole site must undergo structural rehabilitation, which will include assessing and monitoring the underground gas pockets created by the waste, addressing any underground fires, setting up drainage and erosion protection systems and compacting the slopes. The plans are also designed to integrate with the adjacent residential neighborhood.

The municipality has partnered with the European Union's CLIMA-MED initiative, which brings together cities and civil societies of the southern Mediterranean region and promotes climate-related projects. CLIMA-MED assists municipalities to prepare plans for addressing energy-consumption growth and other challenges that are emerging from the global climate crisis, such as reducing carbon emissions and increasing the use of renewable energies.

The East Taibeh project is exactly what the initiative is for. The rehabilitation of the site would mean that the water supplied to Taibeh residents will stay clean, that no dangerous gases will leak from the landfill and that the residents can enjoy a vast green area with clean air and plenty of vegetation.

Yusuf and Mansour had planned to meet in Europe with senior CLIMA-MED officials, but the trip was canceled because of the pandemic. They are scheduled to meet virtually with several Italian officials today to present the plans, seeking both advice and possible financial support. The pandemic is slowing things down, but Taibeh is not giving up as after a long period of confinement, a public park is exactly what this city needs.