Iranian media report, but the UAE denies, that the Houthis fired a missile toward Abu Dhabi over the weekend in response to a Saudi-brokered deal to return former Yemeni President Ali Abdullah Saleh to power; Saleh was killed Dec. 4. 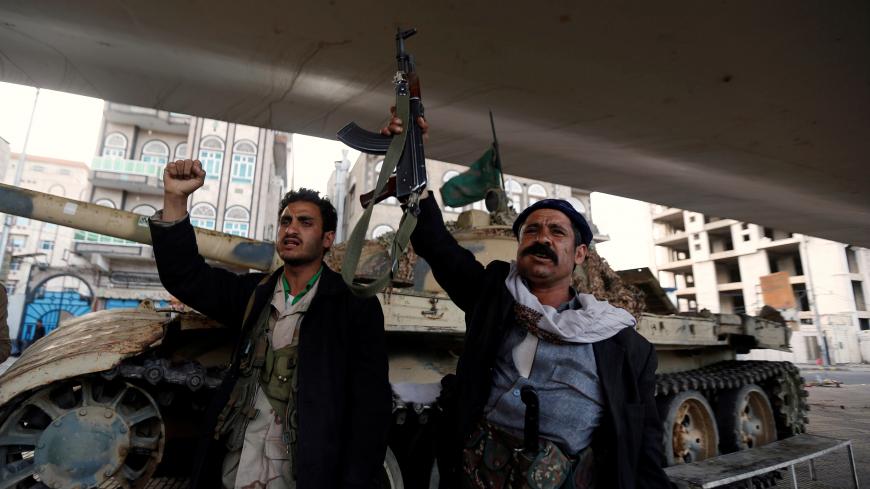 Iran is calling for a dialogue between all Yemeni groups amid reports that a missile was launched from Yemen toward the United Arab Emirates (UAE) and that clashes have intensified between Houthis and followers of former President Ali Abdullah Saleh, who was killed Dec. 4.

Foreign Ministry spokesman Bahram Ghassemi said Dec. 3 that “all domestic differences can be solved with dialogue," and that talks will “close all the paths for foreign enemies to take advantage” of the civil war in Yemen.

Yemen’s civil war has pitted multiple groups and countries against one another. Iran has supported Houthi militias that were previously aligned with Saleh’s forces, before turning on each other, leading to Saleh’s death. Saudi Arabia, the UAE and the United States have backed various groups and a government in exile while conducting an air war and blockade on parts of the country, which have led to famine.

Iranian media outlets are reporting that the Houthis — whose official name is Ansar Allah — have launched a missile at a nuclear power plant in Abu Dhabi. The UAE denied this claim, yet Iranian media continue to cover the story extensively. According to Jahan News, a Houthi spokesman confirmed that a missile was launched at the power plant. According to the same article, a Houthi spokesman had previously said that “Abu Dhabi will be the prime target of our missiles, and operations inside the territory of Saudi Arabia will increase.”

Zaifollah al-Shami, a member of Ansar Allah’s political office, told the Iranian-funded Arabic news channel Al-Alam that the missile was in response to the UAE targeting domestic Yemeni forces. “We have previously said that we have missiles that can target all of the capitals of the invading countries,” said Shami. “The missile that was launched toward Abu Dhabi shows that the pressure and threats by Yemen’s enemies have been useless.”

According to a source cited in the Jahan News story, Saleh had brokered a deal with Saudi Arabia in Abu Dhabi to return his family to power. Jahan reported that the Abu Dhabi missile strike and the Saleh-Houthi clashes came as a response to this deal. Mohammed al-Bukhaiti, another member of Ansar Allah’s political office, told news channel Al-Mayadeen that the missile strike was in “defense of themselves.” He also claimed that Saleh had given Houthi army positions to the Saudi-led coalition, which is conducting airstrikes in the country.

The alleged strike on Abu Dhabi was also an opportunity for the hard-line editor of Kayhan newspaper, Hossein Shariatmadari, to gloat over a previous headline that resulted in a two-day suspension of his paper. In November, Kayhan ran the headline, “Ansar Allah’s missile fires at Riyadh, the next target, Dubai,” causing an uproar among Iranian media outlets. After reports of the latest Houthi strike on Abu Dhabi, Kayhan published a screenshot of that front page as their Dec. 4 front page. The article defended the controversial headline and said the publication was simply reprinting a promise made by Houthi leader Abdul-Malik al-Houthi.