Despite the issuance of several laws related to improving the status of women in Egypt, there is still a long way to go. 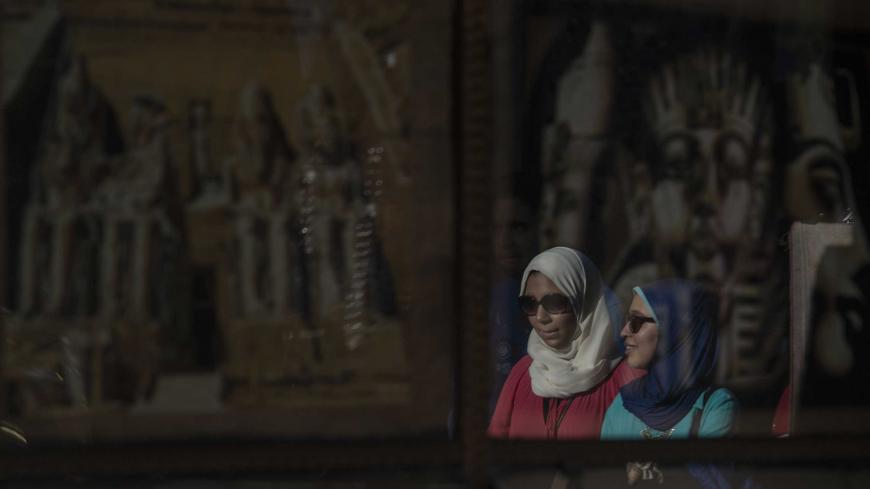 CAIRO — President Abdel Fattah al-Sisi proclaimed 2017 “The Year of Egyptian Women.” With that — and with 2017 coming to an end — women in Egypt have indeed achieved political and legal gains. Women served as governors, and the inheritance law was approved. However, a number of social issues — and other laws such as the one protecting women from violence — have yet to be resolved.

Although the gains Egyptian women made in 2017 were notable, their aspirations go far beyond what was accomplished. They want more laws ensuring their rights, like amending the personal status law, and they seek to be shielded from violence.

On Dec. 5, the Egyptian parliament finally approved a bill submitted by the government to amend the provisions of the inheritance law to ensure women their right to inheritance — especially in Upper Egypt, where 95.5% of women in Sohag and Qena have been deprived of their inheritance, as per a study by the South Valley University in Qena conducted in September.

Egyptian women occupied important positions during 2017. Four women handled significant ministerial portfolios in the current government (immigration, investment and international cooperation, social solidarity and planning). Women constitute 15% of parliament and account for 89 members of parliament. A woman, Rashida Mohamed Anwar, was appointed head of the Egyptian Administrative Prosecution Authority on June 29, making her the third woman to occupy this position.

On Feb. 16, Nadia Abdu, an engineer, took the constitutional oath before the president as governor of Beheira; she was the first woman to take on this position in Egypt’s history.

In March, the National Council for Women (NCW) launched the Egyptian Women’s Empowerment Strategy 2030 — the first strategy serving the United Nations’ objectives for sustainable development. It was considered a plan of action for the coming years.

Director of the Women and Work Program at the New Woman Foundation, Mona Ezzat, said, “Women have a long way to go before getting all their rights. Still, many achievements were made in 2017.”

Ezzat told Al-Monitor, “A future plan of action based on the Women’s Empowerment Strategy 2030 must be implemented, and the achievements should be followed up and supported by awareness campaigns. The inheritance law should be backed by raising women’s awareness about their rights stipulated by law, and they should be taught how to ask for these rights.”

She added, “Legislation protecting women from discrimination should be issued, like a new labor law. The current applicable labor laws do not include domestic workers and women working in agriculture.”

Parliament member Mona Mounir said, “The 2017 achievements were good. Although women did not reach all their aspirations, some laws — like the inheritance law and the law for the disabled, which were instrumental for women and disabled children — passed muster. The NCW made remarkable steps [and launched campaigns] encouraging women to be productive.”

Mounir told Al-Monitor, “Several laws should have been passed, like the law protecting women from violence and the anti-discrimination law. We hope they will be approved during upcoming [parliament] sessions so that Egyptian women’s achievements are complete.”

She noted that Sisi has always supported Egyptian women and addressed them in his speeches, highlighting the importance of empowering them. He also takes special interest in women’s issues in his speeches, like child marriage and divorce, according to Mounir.

Egyptian women lost their battle to be appointed to the State Council when the Commissioners Authority at the Supreme Administrative Court rejected Nov. 11 their request to appoint female judges. Several important laws — like the anti-discrimination commission law submitted by parliament member Anisa Hassouna June 5, 2016, to parliament — have not been approved. This law is a constitutional right as per Article 53 of the Egyptian Constitution.

Novelist Afaf Sayyid said, “Appointing a woman to the position of governor of Beheira and issuing the inheritance law are simple achievements for Egyptian women in 2017 and do not summarize all their aspirations. Important laws like the anti-violence law and the personal status law were not passed.”

Sayyid said during an interview on the CBC's "Hona al-Asema" show on Dec. 23, “Women were treated unjustly by refusing to appoint them to the State Council. This violates articles 9 and 11 of the Egyptian Constitution, which ensure equality between men and women and a woman’s right to appointment to judicial committees.” She added, “As good as the achievements were, we cannot say women got all they wanted.”

Eliminating violence against women will remain a key aspiration in the coming years. As per the Egyptian Women’s Empowerment Strategy 2030, 2.5 million women were harassed in 2014, while 4.1% were sexually abused before marriage. Moreover, 25.2% of women were physically assaulted by their husbands and 18% were married before the age of 18.