As Egypt's parliament works on amendments to ensure better representation of women in elected positions, the General Assembly of Egyptian Women is supporting women who want to hold local office, particularly in Upper Egypt and rural areas. 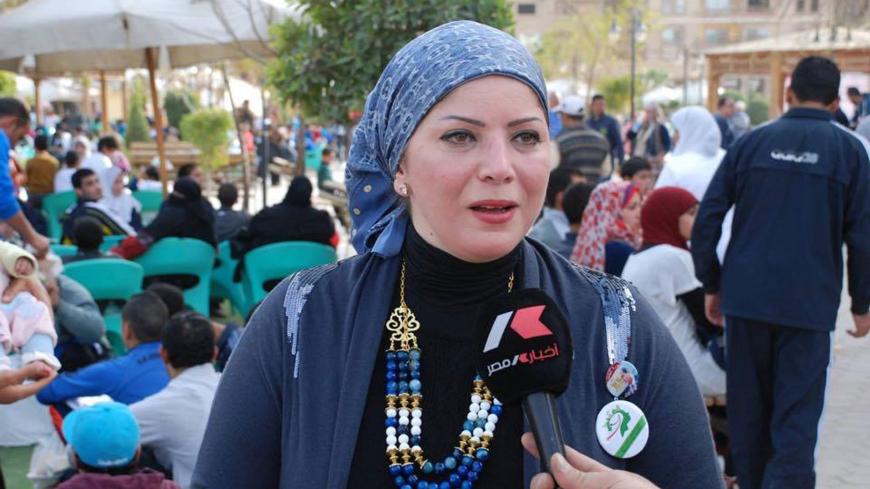 CAIRO — By the time Egypt's parliament finally ratifies a law that will allow local elections to be held, the country's women should be ready to field candidates.

Manal al-Absy, head of a group known as the General Assembly of Egyptian Women, recently launched the “With Egypt” campaign, which aims to explain and promote the benefits of constitutional amendments the parliament is considering. The campaign seeks to support women in all Egyptian governorates through a panoply of seminars designed to shed light on the advantages of these amendments. The seminars target an elite group of jurists, parliamentarians, members of political parties and public figures.

On Feb. 14, parliament members discussed a memorandum previously submitted by the Egypt Support Coalition, a party that supports President Abdel Fattah al-Sisi. The memorandum covers the proposed constitutional amendments, the reasoning behind them and their objectives. After a two-thirds majority approved it, speaker Ali Abdul Aal referred the memorandum to a legislative committee to draft the amended articles for final approval.

Under the 2014 Egyptian Constitution, the state guarantees "adequate" representation of women in parliament without specifying a specific percentage and stipulates that 25% of the seats on local councils shall be allocated to women.

The proposed amendments aim at increasing the female quota on local councils to a currently undisclosed figure and instituting a quota for parliament of at least 25%. (Egypt is considering adding a second chamber — a senate — to its legislature.) Multiple female members of parliament such as Maysa Atwa of the Manpower Committee and Mona Mounir of the African Affairs Committee stressed the need to raise the quota for representation of women on local councils.

Speaking to Al-Monitor by phone, Absy also indicated that a quota on local councils is fundamental to empowering women in Upper Egypt and its rural areas, as quotas underline women’s competence in providing other women with economic, social and cultural support everywhere women are marginalized.

She pointed out that women in Upper Egypt and rural areas are the main targets of the “With Egypt” campaign.

Sahar Wehbe, rapporteur of the National Council for Women in the Sohag governorate, told Youm 7 on Feb. 20, “The council will support the candidacy of 300 women in the upcoming local elections by training them to manage their campaigns and communicate their political message and electoral platform."

There is no specific date as of yet for local elections, which haven't taken place since 2011. Yet they are expected to be held once parliament ratifies the local election law it's working on.

Speaking to Al-Monitor by phone, Wehbe noted that local elections in Upper Egypt and other rural areas are of particular importance. The area known as Upper Egypt is actually the country's southern portion and is so named because the Nile River flows from south to north.

“Unlike the big cities like Cairo and Alexandria [both in the far north], multiple villages in the countryside and Upper Egypt continue to have no access to [utility] services, which the local councils ought to ensure, such as water, electricity, sewage systems, paved roads, education and health care,” she said. Wehbe added, “Women will gain more experience and grow in popularity there if they manage to ensure access to the above-mentioned services while serving on the local councils."

She indicated local councils will allow women to work with the government in developing plans to preserve security, counter higher prices and greed via market control, and develop and invest in the state resources in all of the villages.

Women’s success in the local elections will help them develop faith in their own capabilities, Wehbe said. Their success will also alter the general public's perspective once it sees them in the local councils providing services and managing the villages, she added.

Currently, there seems to be no faith in women’s capabilities in much of Upper Egypt and rural areas. Women hailing from these parts manage to have access to parliament either through the mandatory women’s quota on the lists in the past elections or via direct appointment to some posts in the ministries and government bodies, such as the post of mayor.

In February, Nermeen Zared was appointed mayor of a village in al-Halafi in the northern, rural Kafr el-Sheikh governorate. She is the second woman to assume such a post in that governorate and the fifth in the entire Egyptian Arab Republic.

Like Wehbe, Kom Bouha village Mayor Eva Habeel stressed that providing women with further support via government appointments and the quota system in parliament and local councils will help them prove themselves in the face of those who question their competence. Habeel told Al-Monitor that such policies have been the most important feature distinguishing the rule of Sisi.

Ahmad Abdel Fattah, a journalist for al-Ahram newspaper, disagrees with the ideas of quotas and appointing women simply because they are women. “The government appointments must necessarily depend on the competence of the individual alone, regardless of the gender," he said.

Abdel Fattah said, "The quota system is one of the so-called positive discrimination systems that are based on supporting marginalized groups. Yet it does reflect the genuine societal perception of women.”

He added, “Many people in Upper Egypt and the countryside continue to have no faith in women's leadership abilities, and I am against this culture. I do, however, believe that raising awareness of women’s value and competencies through education and media campaigns is better than the imposition of a quota system. This is because [this system] does not mirror reality and paves the way for other groups to claim similar quotas, such as peasants … and others, and this would render parliament more like a syndical council.”

Hoda Badran, head of the Egyptian Feminist Union, told Al-Monitor the quota system and appointment of women to leadership positions represent opportunities for women to face the cultural bias that perceives them as unqualified. She added that reducing or abolishing the quota system would genuinely test whether the culture has changed -—but women first need the opportunity to prove themselves.