Russian-Egyptian military cooperation on the rise

Russia and Egypt have recently signed an agreement on the shared use of air bases, amid other signs of strengthening military ties. 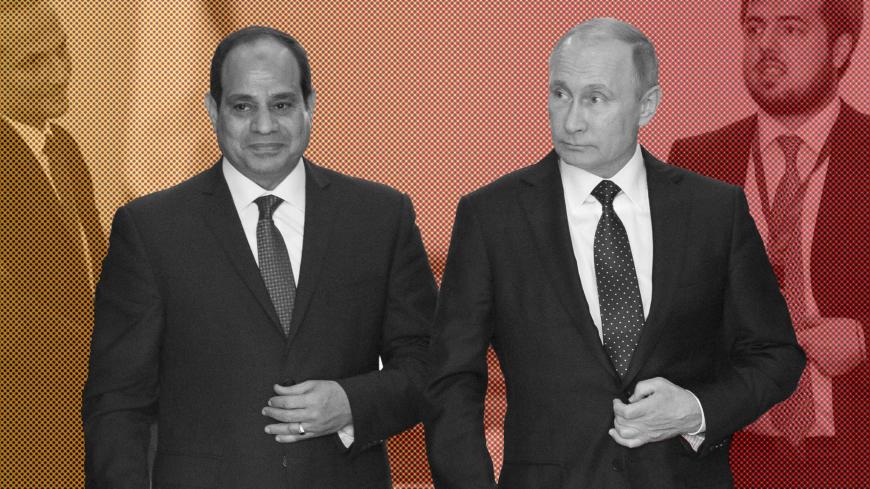 CAIRO — A few hours before Russian President Vladimir Putin arrived in Cairo to meet with his Egyptian counterpart Abdel Fattah al-Sisi on Dec. 11, he ordered the Hmeimim air base in Syria’s Latakia province to begin withdrawing the bulk of Russian troops stationed in Syria, while maintaining a presence at Hmeimim and the Russian naval facility in Tartus.

Putin went to Cairo to hold a joint summit with Sisi, which resulted in the signing of the final contracts for the construction of the Dabaa nuclear plant in northern Egypt. Putin also revealed Moscow's readiness to resume Russian flights over Egypt, as all flights had been suspended after a Russian aircraft was downed in the Sinai on Oct. 31, 2015. In addition, both presidents discussed ways of countering terrorism.

This visit followed the signing of a draft agreement between Egypt and Russia on Nov. 30, allowing the military aircraft of the two countries to share airspace and air bases.

The text of the Nov. 30 agreement was included in a decree issued by the Russian government, which ordered Russian Defense Minister Sergei Shoigu to conduct direct negotiations with Egyptian officials and sign the document once the two parties reached an agreement.

According to the draft agreement, Russian and Egyptian warplanes would be able to use each other’s airspace and air bases after five days' notice. This renewable agreement is expected to be valid for five years.

Egypt and Russia signed the draft agreement on the sidelines of Shoigu’s visit to Cairo on Nov. 29, during which he participated in Russian-Egyptian joint military-technical cooperation sessions.

The agreement is expected to include more joint training between the two sides and would make it easier for Egyptian pilots to fly Russian planes. Russia and Egypt also would be able to carry out bilateral anti-terrorism measures in the Sinai Peninsula, where terrorist operations are on the rise, according to the Russian news website RBC.

The Egyptian-Russian military cooperation to combat terrorism was demonstrated during the joint exercise known as Protectors of Friendship 2 on Sept. 14, carried out by Egyptian paratroopers and Russian air-landing forces in the Russian city of Novorossiysk. The training aims to regain control of vital locations by leading an eradication of terrorists in Sinai.

During the joint press conference between Sisi and Putin in Cairo on Dec. 11, Putin hinted at the role of the Russian air force in the fight against terrorism, saying, “I revealed to President Sisi the results of my visit to Syria today. Thanks to the Russian air force, all of the Syrian territories have been liberated from terrorists, and I believe that the objectives for which the Russian army intervened have been achieved.”

Egypt has been suffering from an increase in terrorist attacks since July 2013, the latest of which was the attack on Al-Rawda Mosque in North Sinai on Nov. 24, which killed about 310 worshippers.

In a meeting with foreign journalists in Sharm el-Sheikh on Nov. 9, Sisi expressed his concerns about Islamic State (IS) terrorists relocating to Sinai and western Egypt after being defeated in both Iraq and Syria.

Nurhan al-Sheikh, a Russian affairs expert and a professor of political science at Cairo University, told Al-Monitor over the phone, “It is in Egypt's best interest to cooperate with Russia when it comes to countering terrorism, especially after Russia’s unprecedented success in liberating all Syrian territories from IS.”

Sheikh said, “Cooperation with Russia in the fight against terrorism is not a matter of choice but a necessity imposed by the need to protect Egypt’s national security, especially since large numbers of armed militants are expected to arrive in Egypt and defeating them requires Moscow’s expertise.”

For his part, Russian political analyst Taimour Dwidar, who works with several Arabic channels, told Al-Monitor, “Russia needs bases in Africa to fight terrorism in the region and play a role in the Libyan crisis,” noting that Russia expressed a desire to use the Sidi Barrani base in March on the northern coast near the Libyan border, a request that Egypt denied.

Russia supports the Libyan army forces led by Khalifa Hifter. Russian Ambassador to Libya Evan Molotkov had announced in May Russia's readiness lift the ban on arming the Libyan armed forces. Hifter met with Russian Foreign Minister Sergey Lavrov and Shoigu in August. In May 2017, the Russian naval forces conducted maneuvers near the Libyan coast.

The agreement between Egypt and Russia to use each other’s air bases seems to be of more convenience to Egypt, which opposes foreign parties building their own bases on its territory or renting Egyptian military bases.

On Oct.16, 2016, Sisi told the Egyptian press that the building of air bases by foreign parties in Egypt was out of the question, saying, “Egypt is not like that. It never was and it never will be.”

Hussein Haridi, former Egyptian ambassador to Washington and former assistant Egyptian foreign minister, told Al-Monitor over the phone, “This agreement will be a very strong addition to the Egyptian army in terms of modernizing the troops and providing equipment and advanced weapons.”

Haridi, saying Egypt's relationship with Russia is no less than Turkey’s, said he expects Russia to provide Egypt with the S-400 surface-to-air missile system; Russia is in the final stages of talks with Turkey on supplying the system.

Haridi added that Russia would soon supply Egypt with MiG-29 fighter jets and has won a tender to sell Egypt Ka-52 helicopters for French-built Mistral ships.

As for the US response to the Egyptian-Russian military rapprochement, Haridi said Egypt has a special vision regarding the changes taking place in the region, stressing that Washington has no right to dictate to Egypt the sources of its weapons.

For her part, Sheikh said that the United States is one of Egypt’s key partners, that both countries cooperate within the partnership program with the North Atlantic Treaty Organization (NATO) and that Russia has not interfered in the Egyptian-US relationship. Sheikh also said that Turkey is a member of NATO but still enjoys good military relations with Moscow, ruling out the possibility that the military rapprochement between Egypt and Russia will affect Egypt's relationship with the United States. 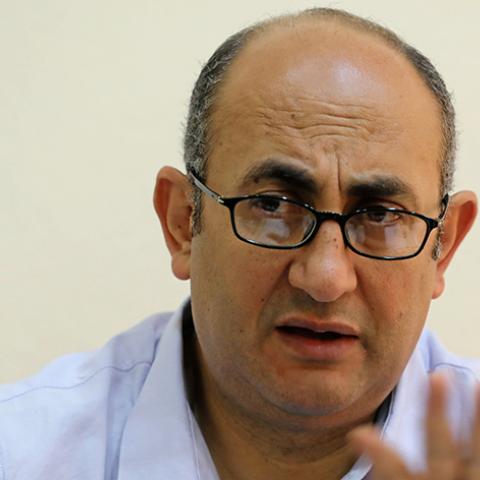