Russia and Egypt held military exercises as a token of Moscow's increased interest in expanding cooperation with Cairo. 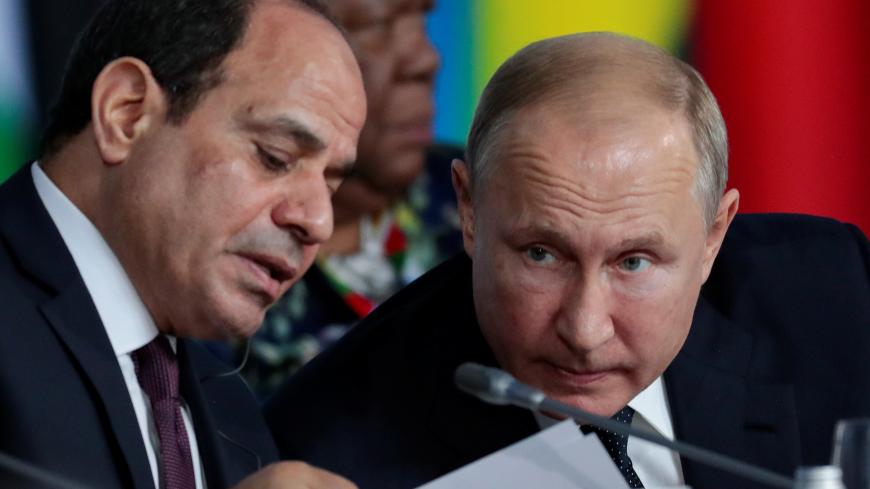 For more than a year, Russia’s activity on the Egyptian track has provided grounds for speculation about the prospects for setting up a Russian military base on the ground. As early as two years ago, Moscow and Cairo approved a draft agreement that “would allow each side to use the other’s airspace and air bases.” It did not imply setting up a military base per se, but it did significantly expand military cooperation between the two countries.

Since 2015, Russia and Egypt have repeatedly held joint naval and airborne counterterrorism exercises. As recently as late August, the Ryazan Oblast district of Russia saw the Defenders of Friendship drills involving Russian, Belarusian and Egyptian paratroopers who, according to the legend, were tasked with recapturing an airfield seized by militants. However, Arrow of Friendship-1 became the first military exercise by Russia’s and Egypt’s air defense forces. The former was represented by anti-aircraft gunners of various units from the Volgograd region, the Krasnodar Krai, North Ossetia and Crimea.

The official counter-offensive against an enemy’s massive airstrikes was preceded by a two-week preparatory stage. On Nov. 1, integrated units destroyed the enemy’s helicopters after they, according to the scenario, had attacked Egypt’s tank units during the military march. As the military pointed out, the maneuvers involving Egypt’s warplanes and helicopters and Russia’s military ground vehicles did not target any third country. Yet some Russian military observers drew attention to the fact that the presentation slides featured America’s F-22 Raptor fighters, CH-47 Chinook helicopters, cruise missiles and laser-guided bombs as the potential targets for Russia and Egypt.

The military scenario must always be plausible. However, given Russia's Buk-M2E, Tor-M2E, Kub, portable Igla-S, Shilka-M4 air defense missiles and the Pechora S-125 surface-to-air system at Egypt’s disposal, this is the best exemplification of developing the two countries’ strategic partnership based on mutual interests.

In fact, Russia seeks to build a network of alliances to secure a firmer foothold on a regional scale. In this context, Egypt plays an important role. Cairo has a record of hosting Soviet military facilities on the ground, which — given the current geopolitical situation — is considered a prerequisite to Russia reasserting itself in the Middle East and North Africa. Moreover, Egypt sees eye to eye with Russia on Syria and, in a way, is a conductor of Russia’s interests in Libya.

Thus, the news in 2016 about the GRU, or the Main Intelligence Directorate, forces’ training of the Egyptian security forces during the anti-terror campaign in Sinai was followed by reports that Khalifa Hifter was receiving intelligence from the Russian military based in Egypt. In turn, Egypt regards Russia as a reliable provider of military expertise and an alternative supplier of equipment to diversify its ties with the United States. As Al-Monitor reported earlier, the United States has routinely suspended the transfer of SKD kits for tanks or the service of US Boeing AH-64D Apache helicopters operated by special squadrons of the Egyptian air forces for political reasons.

The Arrow of Friendship-1 joint military drills were announced back in January 2019. However, they symbolically coincided with two events — the anniversary of the crash of the Russian A321 airliner over the Sinai Peninsula, and Sinai Province’s vows of allegiance to Abu Ibrahim al-Hashemi al-Quraishi. Back in 2015, the air disaster resulted in Moscow’s decision to halt civilian air traffic to Egypt until the authorities of the country could ensure sufficient security. Recently, the Sinai Province, Egypt’s Islamic State affiliate, swore allegiance to the new leader who had taken responsibility for the attack. Since 2015, the militaries of the two states have been training to combat terrorism with unfailing regularity, but charter flights to Egyptian resorts have yet to resume. The meeting between Presidents Vladimir Putin and Abdel Fattah al-Sisi on the margins of the Russia-Africa Summit in Sochi did not lead to a breakthrough on the issue either.

In the meantime, in Russia it is quite commonly believed that the procrastination in the matter is part of Moscow’s deliberate policy. Cairo is demonstrably eager to see direct flights resume as Russian tourists make up a significant portion of visitors to Egypt, which heavily depends on tourism. Russia may have several reasons not to rush into lifting the ban on charter flights. Moscow needs to ascertain whether Egypt meets safety requirements. However, the resumption issue may well have been on the agenda during the backroom bargaining between the states, including the purchase of SSJ-100 aircraft by Egyptian airlines.

Such horse trading may be congruent with the system of relations Russia and Egypt are building. On the one hand, Egypt is trying to ditch Arab NATO declared by Donald Trump, which may be fraught with cuts in financial aid from the United States as well as Saudi Arabia and the UAE. Cairo also faces an ambiguous attitude of some European manufacturers. The latter are wary that their weapons could potentially be used to suppress protests by what they see as a new dictatorial regime in Cairo and refrain from concluding military contracts with Egypt. On the other hand, given the prospect of sanctions for arms transfers from Russia under the Countering America's Adversaries Through Sanctions Act, Cairo can bargain with Moscow for better deals on the sale of Russian military hardware, including the purchasing of Su-35 jet fighters that is now allegedly underway.