Why so many Turks took Black Friday as insult to Islam

It may have looked silly when thousands of Turks took to Twitter to condemn Black Friday sales, but their frenzy tells an ominous story. 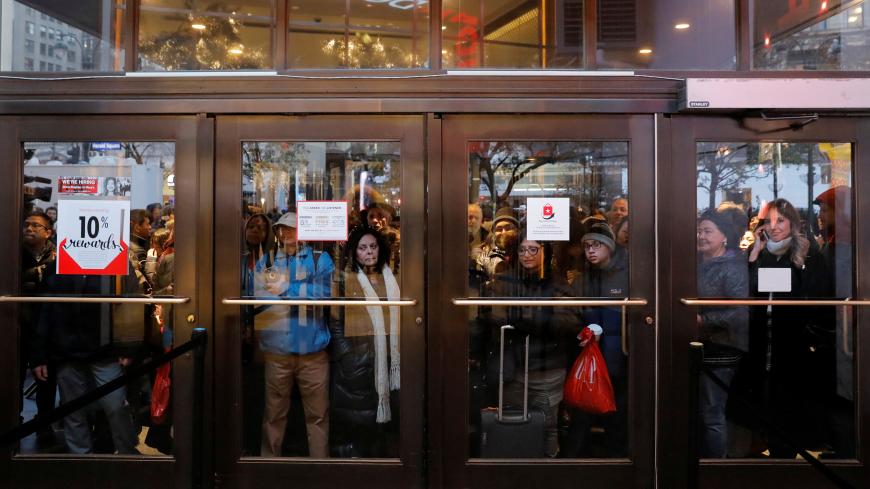 Millions of Americans rushed to stores all across the United States Nov. 24 to take advantage of Black Friday, the day when most retailers offer promotional sales. Back in Turkey, some major department stores in big cities tried to emulate this foreign tradition, declaring major sales for “Kara Cuma,” as Black Friday translates in Turkish. In return, however, they received an unexpected tsunami of condemnations for insulting Islam. To many Turks, the term sounded like a rude term for Friday, Islam’s holy day.

The storm began with the hashtag #KaraCuma. “Friday is blessed. Black is only the color of those whose hearts are deprived of its sacred light,” wrote one angry Twitter user, condemning the “heretics” who brought the term into use in Turkey. Another declared, “The crusader mentality that calls Islam’s holiest day #BlackFriday is apparently filled with fear. But fear will not save them.” Then he quoted the Quran: “God will perfect his light even if the unbelievers dislike it.”

Thousands of similar messages filled the Turkish social media scene in just a couple of hours. Angry protesters began to share lists of the Turkish companies running Black Friday ad campaigns. These companies were imagined to be involved in an effort to “ban their employees from [Friday] prayers.”

The anger turned physical. In a shopping mall in the central Anatolian town of Bolu, a small group walked into a department store and demanded workers remove the Black Friday posters, telling them to do so “if you are a Muslim.” The video of the scene was posted online and went viral.

The pro-government media either remained silent on the frenzy or joined it happily. The daily Yeni Safak announced, “Black Friday made Turkey angry,” and shared social media messages against the “intentional” campaign. “They especially chose the day that Muslims have declared as sacred,” read the story, referring to some undefined enemies of Islam.

Hamza Yerlikaya, an official adviser to President Recep Tayyip Erdogan, joined the choir. “What is this Black Friday? Why Friday? Friday is light, peace and blessing,” he tweeted, asking, “What operation is this? What perception is being built on this special day?”

The bewildering part is that none of these Turks who condemned Black Friday bothered to learn what the term really means — that it has nothing to do with Islam’s holy day, let alone “insulting” it or carrying out an “operation” on Turkey and its Muslimness.

A few commentators tried to explain. Baris Esen, an economist writing for Bloomberg Turkey, tweeted, “Black Friday means companies in the United States moving from loss to profit in their balance sheets. Loss is signified with red and profit is signified with black. Do not forcibly invent other meanings.” Yet those already angry at Black Friday seemed uninterested in such facts or simply preferred not to read the the writers who offered them an explanation.

What must one make of all this? Well, on the one hand, the anti-Black Friday frenzy is a tragicomical story rather than a serious one. It has already calmed down, and it will probably be all forgotten soon. The only lasting affect may be that next year Turkish companies will find another way to promote their sales.

On the other hand, however, this incident is just one of the countless manifestations of the anti-Western mood that has dominated Turkey in the past couple of years. So many people are now so sure that Western powers are cooking up conspiracies against Turks and other Muslims that when they hear a term like “Black Friday,” they can imagine only something sinister.

This anti-Western attitude has deep roots in Turkish society, as various political camps from nationalists to Marxists to Islamists have long believed in covert Western schemes to weaken, destabilize and divide the nation. Still, the Turkish affinity for conspiracies has never been as cultivated and orchestrated as it is now under Erdogan.

Since he ostensibly became convinced of a Western plot to topple him during the Gezi Park protests of June 2013, Erdogan has interpreted every obstacle on his path as part of a coordinated scheme by a mysterious “mastermind.” This view has been relentlessly promoted by his giant propaganda machine, which now makes up the majority of Turkish media. Worse, the propaganda seems to reflect genuinely held convictions of the new ruling elite.

One reason for this passionate anti-Westernism is the deep-seated resentment among Turkey’s religious conservatives toward the West, which they blame for both the fall of Ottoman glory and the subsequent dominance of Westernized Turks. Now is the time of the “real” Turks they believe have been pushed out of power for a century. It is a revolutionary zeal that growingly resembles the spirit of the Iranian Revolution of 1979 that replaced the Westernized elite of the Shah regime with the formerly disenfranchised social classes. The Erdogan revolution is certainly less radical and less explicit than the Iranian one, but it is no less ambitious.

The second reason for contemporary Turkey’s passionate anti-Westernism is that it is a very helpful tool for building and sustaining authoritarian rule. It explains away every failure of the government as a Western plot and labels anyone who stands up against the great leader as a Western puppet.

The third reason lies in the mistakes of certain Western capitals. The latter include European countries that kept the door to the European Union cynically shut to Ankara, even when Erdogan expressed willingness to move into the EU direction. It also includes Washington, which, for example, chose to arm what are being called “the Syrian Kurds,” a faction obviously aligned with the Syrian branch of the Kurdistan Workers Party, which has been the main terrorist threat to Turkey since the early '80s.

An astute Turkey observer, Steven A. Cook of the Council on Foreign Relations, acknowledged this third factor in a recent piece on Turkish-American relations. Ankara “has legitimate grievances against Washington,” Cook notes, especially regarding the latter’s disastrous foreign policy choices in Iraq and Syria. Yet these grievances are not heard, he added, because of “the melting of the Turkish mind.” The Turkish mind is now so infused with conspiratorial lunacy, in other words, that it can’t begin to articulate its valid arguments.

Yet Turkey is too valuable to sacrifice. This turbulent epoch in the nation’s history is still in the making, and its end point is uncertain. Those who hope for better outcomes, or at least the least damage possible, should try to preserve Turkey’s institutional ties with the West, such as NATO and the Council of Europe, which are still crucial anchors for the nation. If they go, the frenzy that saw a plot in Black Friday may drag Turkey into a pitch-black future.