Some argue that Ankara has to return to its former position of active neutrality if it is to regain lost influence in the region and contribute to stability. 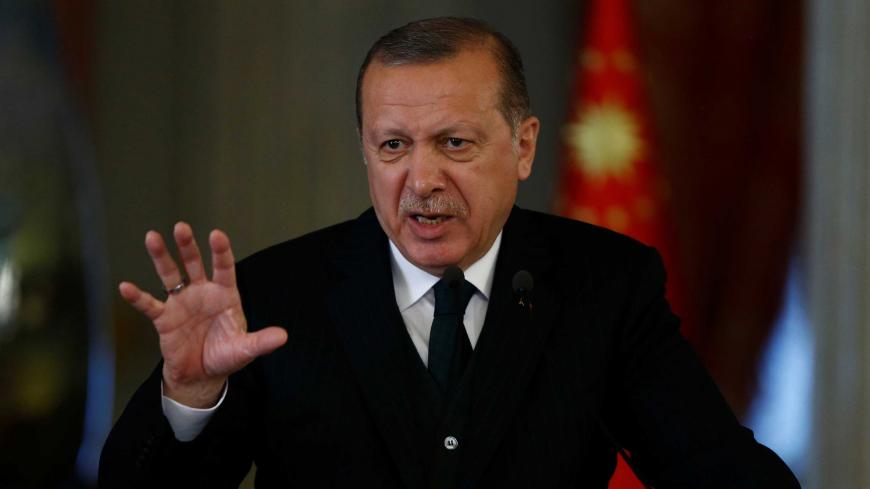 The latest developments in the Middle East have left Turkey facing challenges and headaches anew. Ankara has been caught off guard once more, this time by the Nov. 4 missile attack on Riyadh, Saudi Crown Prince Mohammed bin Salman’s attempts to steer his country toward “moderate Islam” and consolidate his power under the guise of rooting out corruption and Lebanese Prime Minister Saad Hariri’s surprise resignation while in Riyadh. The common element in these developments is the increasing animosity between Iran and Saudi Arabia, two key regional players with which Ankara has differences on a number of levels, but with whom it must maintain good relations to avoid further isolation in the Middle East, where it no longer has many true friends.

Meanwhile, deepening US and Russian involvement in Iraq and Syria in particular and the region in general is compounding the Turkish government’s concerns. In just one example, the spearheading of an anti-Iranian coalition by Washington and Riyadh, with support from Egypt and Israel, has alarmed Ankara, a fact clearly discernible in the pro-government media.

Hilal Kaplan, a political commentator for the daily Sabah, referred in a column to an “anti-Iranian axis comprising the US, Saudi Arabia, the United Arab Emirates and Israel” and argued, “The next target of this axis will be Qatar and Turkey.” Her assessment is based on the awareness that Turkey’s unconditional support for Qatar has angered Saudi Arabia and other Gulf states, which want Doha to end its support to the Muslim Brotherhood and stop trying to establish good relations with Iran.

Osman Koruturk, a retired ambassador and former special envoy to Iraq who also served in Tehran, points to the growing volatility in the region and counsels a return to Turkey’s traditional policies toward the Middle East.

“Turkey has to free itself from sectarian entanglements. It has to return to its former secular foreign policy, from which vantage point it can talk to all of the regional players, including Israel,” Koruturk told Al-Monitor. “It can then offer its good offices in order to reduce tensions between Iran and Saudi Arabia.”

Koruturk is not sure if such an attempt by Turkey would bear fruit, given that few in the region trust Ankara’s motives at this stage. He nevertheless believes that attempting to reduce regional tensions from a position of neutrality would help improve Turkey’s standing. The problem, however, is that calling for a secular foreign policy is a red flag for the ruling Justice and Development Party’s (AKP) base, which President Recep Tayyip Erdogan keeps happy with his Islamist discourse.

Turan Kislakci, an Islamist commentator, for example, told the pro-government daily Star that the latest developments involving Saudi Arabia amounted to an “operation aimed at the heart of Islam,” adding, “The Islamic world is entering its second period of secularization.”

The implication of his remark is that the first period occurred in 1923, when secularism was forced on Turkey despite its predominantly Muslim population. Islamists see the AKP as moving to correct this since coming to power in 2002. In view of such Islamist sensitivities, Koruturk also sees a potential crisis between Ankara and Riyadh if the Saudi crown prince decides to come down hard on the Muslim Brotherhood, which Saudi Arabia has already designated a terrorist group.

The AKP and its supporters have an affinity with the Muslim Brotherhood and were shocked when Saudi Arabia backed the coup in July 2013 that toppled Egypt’s democratically elected president ,Mohammed Morsi, and his predominantly Muslim Brotherhood government. Turkey’s relations with Egypt remain severed over Morsi’s ouster, and Ankara has not been willing to repair them because the AKP is concerned about how it will reverberate among its base.

The truth is that Ankara does not really know how developments in Saudi Arabia and the rising tensions between Riyadh and Tehran will play out. It is watching with concern as events unfold, remaining circumspect for the time being while calling for calm.

When the crisis over Qatar erupted earlier this year, Ankara initially reacted in a similar fashion. It did not take long, however, for Erdogan to come out strongly in support of Doha, much to the annoyance of Saudi Arabia and other Gulf states. The situation between Saudi Arabia and Iran is much more serious, though, and it puts Ankara on the spot diplomatically.

The situation regarding Syria also remains fraught with uncertainties for Turkey, especially after Moscow extended an invitation to the Kurdish Democratic Union Party (PYD) to a congress of all Syrian ethnic groups to be held Nov. 18. Turkey says the PYD is a terrorist organization.

Erdogan spokesman Ibrahim Kalin, who called Moscow's invitation “unacceptable,” told the private news channel NTV on Nov. 5 that the congress had been postponed to a future date after Turkey’s protests. “Russia told us the meeting had been postponed and that the PYD would not be invited,” Kalin said. “This is how we assess the situation.”

Kalin's statement did not elicit a response from Moscow. Nevertheless, Ankara is aware that Russia has not only said in the past that the PYD should be part of Syrian talks, but has also produced a draft constitution that proposes autonomy for the Syrian Kurds. The issue remains a thorn in the side of Turkish-Russian relations, and Erdogan is expected to bring it up when he meets President Vladimir Putin in the Russian resort of Sochi on Nov. 13.

Galip Dalay, research director for Al Sharq Forum, said US policies in Syria may have pushed Turkey toward Russia and Iran, but cautions Ankara against relying too much on these two countries, which are clearly pursuing their own agendas in Syria.

“With every passing day, Turkey condemns itself more to these relations [with Russia and Iran] and is losing its ability to act flexibly,” Dalay argued in an article for the daily Karar, which is critical but sympathetic to the AKP. He added that the discourse in Turkey on how well the relationship between Turkey, Iran and Russia is developing “does not reflect the situation correctly.”

This last remark pinpoints Turkey’s problem. While the government and its supporters in the media try to highlight just how successful Ankara’s policies in the region are, new and unexpected developments emerge daily to contradict this, highlighting instead the difficulties and challenges facing the country.

By straying from its traditional policy of not getting involved in Middle Eastern disputes and of remaining “actively neutral” in order to contribute to stability to the extent that it could, Turkey under the AKP has significantly limited its options in the region.

The AKP’s initial calculations were predicated on the mistaken assumption that with an Islamist government at the helm, Turkey would automatically become the big brother of the predominantly Muslim region. This did not happen. It was also a shock to the AKP to discover that not everyone in the Middle East is enamored with what the party represents as a proponent of political Islam. This is patently clear in the case of Saudi Arabia.

In his upcoming travels, Erdogan will move on to Kuwait after Sochi. Many hope he will do more listening than talking, so he can adjust his bearings on what is happening in the region, process what it all implies for Turkey and act accordingly.