A rattled Ankara is trying to keep to the middle ground in the crisis around its ally Qatar, but its soft calls for dialogue are unlikely to have much impact. 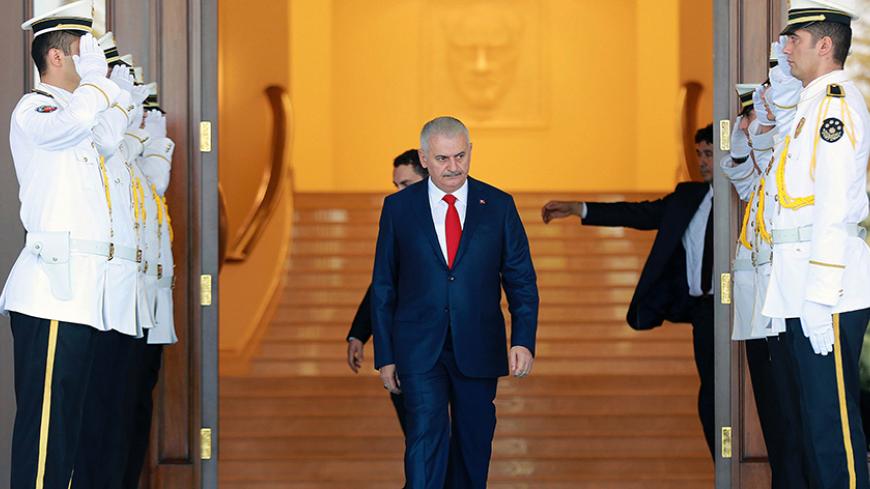 The political earthquake in the Gulf took Turkey by surprise, even as many observers argued that the crisis was foreseeable. Ankara finds itself caught in the middle of another bewildering regional dispute not of its making but likely to have negative implications for it.

President Recep Tayyip Erdogan was quick to work the phones to try to defuse the crisis. Among those he talked to were Russian President Vladimir Putin, Saudi Arabia’s King Salman bin Abdul-Aziz Al Saud, and the emirs of Qatar and Kuwait.

"The importance of regional peace and stability was underlined in the talks, as well as the importance of focusing on the path of diplomacy and dialogue to lower the current tension," a presidential source later told the press.

His efforts are expected to bear few results, though, given the animosity toward Qatar among the countries that have fallen in line behind Saudi Arabia and Egypt and appear determined to politically and economically isolate Qatar on the grounds that it aids Islamic terrorism and leans toward Iran.

The development has made things difficult for Erdogan’s Sunni supporters, who are generally opposed to predominantly Shiite Iran and keen on seeing Turkish-Saudi Arabian ties develop, but not at the expense of Qatar or of groups like the Muslim Brotherhood, which Riyadh and Cairo consider a terrorist organization.

Being essentially anti-American, these Sunni supporters also see Washington’s hand in this development, as it came shortly after President Donald Trump’s visit to Saudi Arabia. The shot of Trump with Salman and Egyptian President Abdel Fattah al-Sisi over a glowing sphere depicting the world during the inauguration ceremony for the Global Center for Combating Extremist Ideology in Riyadh was not taken well in Ankara.

Turkey's first dilemma is that it has excellent political and economic ties with Qatar, a country with which it shares common views on issues like the Syrian crisis or support for the Muslim Brotherhood, while also trying to develop strategic ties with Saudi Arabia and other Gulf countries.

Qatar was one of the few regional countries to reach out to Erdogan as his international isolation grew. Ankara has insisted on policies that are out of touch with the realities governing the Middle East. Turkey and Qatar have also been developing military ties since December 2015, when it was announced that Turkey would establish a military base in Qatar. A small Turkish military contingent is currently stationed in that country. Turkey ranks seventh in terms of Qatar’s foreign investments and has taken on construction contracts valued at over $14 billion in the country. Meanwhile, Turkish exports to Qatar are valued at over $400 million.

Turkey’s second problem is that the Saudi Arabia-led alliance against Qatar includes not just Egypt but also Bahrain, the United Arab Emirates (UAE), Yemen, Libya and the Maldives, all of which form an anti-Iranian Sunni bloc. Turkey also has tense relations with Iran due to fundamental differences over Syria and Iraq, but Ankara and Tehran have pragmatically steered away from major crises.

Both countries are part of the Russian-led “Astana Process” working to resolve the Syrian crisis. Iran is also a major trading partner and a vital source of energy for Turkey.

The official Saudi Press Agency has reported that Riyadh expects its allies “to start immediate legal procedures … to implement the same procedure as soon as possible” against Qatar. Ankara will have to tread delicately on the middle ground.

Erdogan's spokesman, Ibrahim Kalin, said in a written statement, "The members of the Gulf Cooperation Council, with whom Turkey is in a strategic business alliance, should solve their problems through negotiation, dialogue and communication." Kalin noted that Erdogan would do what he could to help resolve the matter.

The third major problem for Ankara is the fact that the alliance against Qatar is also an alliance against the Muslim Brotherhood, seen by Riyadh and Cairo as a terrorist organization. Erdogan, his ruling Justice and Development Party (AKP) and its Islamist support base, however, consider the Brotherhood to be a kindred organization, and it remains a contentious issue not just with Egypt and Saudi Arabia, but also with the UAE. Ties between Ankara and the UAE, which has accused Turkey in the past of supporting radical Islamic groups, also remain tense, even though the sides are trying to overcome their differences. Diplomatic sources indicate that Ankara has also been lobbying Washington with a degree of success to prevent it from declaring the Muslim Brotherhood a terrorist organization.

Most Turkish analysts say Turkey has little to do with this dispute and should remain neutral for its own sake. Yasar Yakis, a former foreign minister and AKP deputy, declared in a statement to Hurriyet that Turkey is already seriously isolated in foreign policy and said that taking sides would only increase this isolation.

Retired ambassador Uluc Ozulker, in his own statement to Hurriyet, maintained that the dispute between Saudi Arabia and Iran is essentially a sectarian one and warned that Turkey should not take sides. “We will suffer serious harm if we do,” Ozulker said.

Verda Ozer, a foreign policy analyst for Hurriyet, argued that there is a perception among many regional countries that Turkey inclines toward Qatar. If not managed well, this connection could also leave Turkey facing charges from the West and the Gulf region of “supporting terrorism.”

Pro-government analysts, on the other hand, see a conspiracy against Qatar and claim Turkey is next in line to be victimized. Ufuk Ulutas, who heads the foreign policy department at the government-sponsored Political Economic and Social Research Foundation, claimed that efforts will be made to force Turkey into taking a side. Ulutas declared in an article for Aksam, “The fact that they will want to apply pressure on Turkey after Qatar shows that Turkey will have problems with the countries involved in the coming period.”

This dispute has shown again that the Middle East is a far more complex place than either Erdogan or former Prime Minister Ahmet Davutoglu — the architect of much of Turkey’s failed regional policies — seem to have believed. It has also shown that Arab countries will never consider Turkey part of the Arab world, even if it is predominantly Islamic. For example, reports indicate that Qatar is leaning toward Kuwait as mediator in this crisis, rather than Turkey.

Political commentator Murat Yetkin summed it up for Hurriyet, saying, “There is benefit for Turkey in continuing not to touch the Qatar crisis with its bare hands, but using diplomatic tongs instead.”