Iranian-Turkish gold trader Reza Zarrab, testifying before a New York jury, has implicated President Recep Tayyip Erdogan and his former economy minister in a massive sanctions-busting scheme as Turkey does its frantic best to spin the story at home. 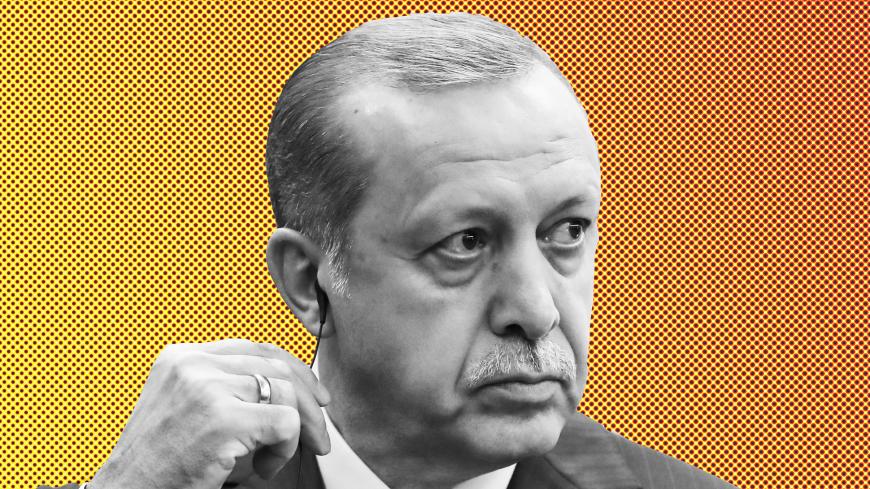 Turkey’s government kicked into full defensive gear today as Reza Zarrab, an Iranian-Turkish gold trader, prepared to stand witness before a New York jury for a second day, continuing his account of a billion-dollar scam to smuggle gold for oil in violation of US sanctions on Iran and in collusion with top Turkish officials. The trial continued at the Federal District Court in Manhattan with allegations of further government malfeasance. The proceedings took a further sensational turn when Zarrab said Turkey's President Recep Tayyip Erdogan and former Economy Minister Ali Babacan had signed off on the scheme. “The prime minister at that time, Recep Tayyip Erdogan, … had given instructions, had given an order, for [Ziraat and Vakif banks] to start doing the trade,” Zarrab testified. He dropped this bombshell as allegations of further government corruption swirled at home.

Turkey’s deputy prime minister, Bekir Bozdag, told the state-run Anadolu news agency he did not expect justice from the federal court in New York. Zarrab is a star witness for the prosecution against Mehmet Hakan Atilla, the jailed deputy manager of the state-owned Halkbank, which figures prominently at the Turkish end of a multi-billion-dollar sanctions-busting scheme. Zarrab had become “a false witness under duress,” Bozdag claimed. “A theater is being staged in New York by the courts.”

Zarrab told the court yesterday that he had decided to help the American authorities because “Cooperation was the fastest way to accept responsibility and to get out of jail at once.” He then went on to describe in minute detail and with the help of flow charts how the scheme worked and how he had greased the pockets of top government officials to the tune of tens of millions of dollars. Zarrab said Zafer Caglayan, a former economy minister, was among the primary beneficiaries, allegedly pocketing more than $50 million in bribes. It was Caglayan who told Zarrab that Erdogan and Babacan had allegedly given their blessings for the trade.

Zarrab also disclosed that he had approached Egemen Bagis, a former European affairs minister who remains part of Erdogan’s inner circle, to help him establish an account with a private Turkish bank, Aktif bank, which allegedly participated in the illicit activities. The bank was owned at the time by Calik Holding, a Turkish conglomerate of which Berat Albayrak, the current energy minister and Erdogan’s son-in-law, was a senior employee.

The pro-government newspapers either ignored the story today or, like Bozdag, dismissed it as yet another collection of Western lies spun with the help of Fethullah Gulen, the Pennyslvania-based imam accused of masterminding last year’s failed coup attempt.

Instead, the newspapers continued to spout lies about a former member of parliament for the main opposition Republican People’s Party (CHP). They kept up accusations that Aykan Erdemir, a Harvard-trained anthropologist who is currently a senior fellow at the conservative think tank Foundation for Defense of Democracies, had spirited fake documents designed to besmirch Turkey to the United States on behalf of the so-called Fethullah Gulen Terror Organization (FETO). They additionally claimed he was going to testify against the Turkish government in the Zarrab case. Aykan has denied all the allegations. Turkish prosecutors have issued a warrant for his arrest nonetheless.

Pressure on the opposition party grew as the chief prosecutor’s office in Ankara launched a probe today into CHP leader Kemal Kilicdaroglu. The office said in a statement that it was investigating Kilicdaroglu over his claims that Erdogan and his family had transferred $15 million to offshore accounts in the Isle of Man, a British Crown dependency favored by the rich because of its lenient tax laws.

Kilicdaroglu told the parliament yesterday, “We have all the records of this company. We also have all the documents of the financial transactions … we also have bank receipts.” Turkey’s version of C-SPAN, state broadcaster TRT, abruptly cut the transmission.

CHP lawmakers called for Erdogan to step down.

Erdogan has denied any wrongdoing, accusing Kilicdaroglu and his party of “treason” and threatening to retaliate. “If you strike me, be prepared to be struck back,” he thundered on Tuesday. The courts apparently took their cue, while Erdogan’s ruling Justice and Development Party (AKP) quashed an opposition motion to investigate offshore accounts. Pro-Erdogan newspapers chimed in with reports that FETO operators, who had fed him false reports about Erdogan, had duped Kilicdaroglu.

Nicholas Danforth, a senior fellow at the Bipartisan Policy Center who specializes in Turkish affairs, observed that the Turkish government’s propaganda machine is now bent on conflating Zarrab’s testimony with Kilicdaroglu’s accusations against the Erdogan family as part of the alleged Western plot against Turkey. “There is a simultaneous effort to ignore and discredit the Zarrab case, while invoking it as needed to accuse Kilicdaroglu of acting on behalf of foreign powers,” Danforth told Al-Monitor. “My fear is that if [the corruption claim] pushes him [Erdogan] to intensify his crackdown on domestic opposition — as suggested by the rhetoric and charges against Kilicdaroglu — it could further erode his veneer of democratic legitimacy and make an already volatile situation worse.”

Lisel Hintz, another Turkey expert at the Johns Hopkins University's School of Advanced International Studies, concurs. She told Al-Monitor, “The rally-round-the-flag tactic is evident, with anti-Western rhetoric that has been steadily increasing around a number of issues to claim the United States is threatened by a strong Muslim power and seeks to prevent Turkey’s rise.” Hintz likened the tactics to the “interest rate lobby” rhetoric used by the government during the Gezi Park protests in 2013.

A defiant Kilicdaroglu has meanwhile denied the documents were provided by FETO and suggested today the government had leaked them to him. “There are millions of bureaucrats who love this country,” he said. Kilicdaroglu hinted at more incriminating information. “We have one step left … and we will take it today or tomorrow. And we will then appear before the public in a different way.”

Analysts say the government’s near full control over the media combined with its ruthless suppression of all of its critics makes it unlikely that the allegations of sleaze will make much of a dent. “In the end, it's likely AKP supporters won’t care much about corruption even if they believe the charges,” Hintz said. She warned, however, “Any potential ramifications from bank fines, currency rates, withdrawal of foreign direct investment, etc. may, however, threaten support from those who value the tangible benefits under AKP rule.”

Mehmet Simsek, a deputy prime minister and go-to person for international financiers, insisted that any economic fluctuations likely to ensue from the court case bankers would be "temporary" and urged calm. Some bankers argue that for all its structural frailties, the Turkish economy may well weather any such turbulence. A European banker with long experience in Turkey told Al-Monitor, “Erdogan will kick up a storm about this to secure a strong negotiating position when the time comes to settle any likely fines against Halkbank and other Turkish banks.” The banker concluded, “Turkey will cough it up rather than risk being excluded from the international banking system. After all, it's Turkish taxpayers, not corrupt government officials, who will pick up the tab.”