Israel has yet to decide whether Palestinian reconciliation is good or bad for its national strategic interests. 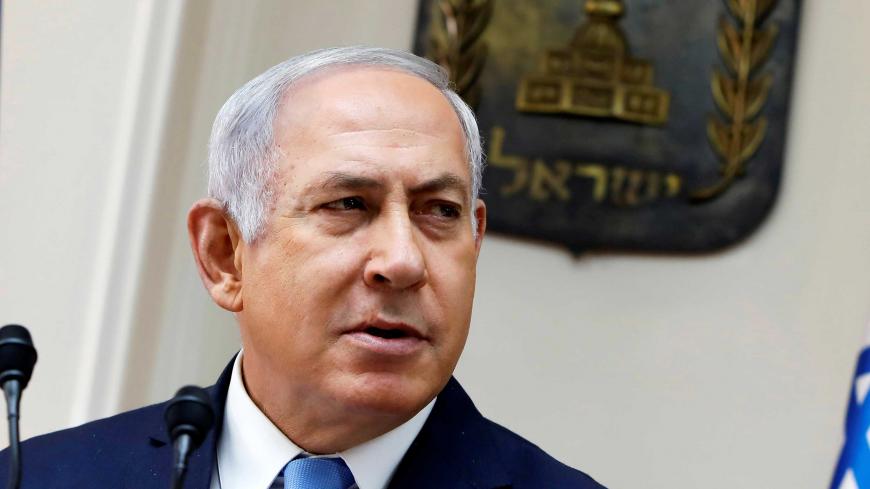 The shock waves that followed the Islamic State's (IS) horrific massacre of worshippers in the northern Sinai Peninsula on Nov. 24 were not limited to Egypt and Sinai. The attack became the talk of the day in Israel as well, particularly among the country's defense establishment. It has been using every resource at its disposal to keep tabs on events in Egypt as they unfold and is, according to foreign news sources, involved up to its neck in the fighting in the "Sinai District" with IS in the peninsula, which has left Egyptian President Abdel Fattah al-Sisi teetering.

The Israeli leadership is very concerned about the deteriorating situation in Egypt, which could have direct implications on the stability of Israel's entire southern front. According to foreign sources, Israel's ability to collect intelligence has already helped Egyptian troops that are fighting in the terrorist bastions in Sinai to prevent other major attacks. Last Friday, however, it appears as if Israel and the Egyptian army and intelligence all came up short.

Another issue in which Israel is involved over its head is the recently announced historic reconciliation between the rival Palestinian factions. Despite earlier assessments, it is proceeding according to plan, even though it is still far from being declared a success. Outwardly, Israel responded with skeptical hostility to the news of this reconciliation between Palestinian President Mahmoud Abbas' Fatah movement, which controls the West Bank, and Hamas, which controls the Gaza Strip. It immediately announced that it would not conduct any negotiations with any Palestinian government "that relies on Hamas." In effect, it was creating a diplomatic alibi that it could use to block any efforts to renew diplomatic negotiations between it and the Palestinians.

At the same time, however, behind the scenes, Israel informed Egypt and the Americans that it would assess the reconciliation initiative on the basis of its performance and developments on the ground. The interpretation of this statement is fairly straightforward: Israel has been following what happened with great interest and will make decisions based on how the situation on the ground unfolds. No possibility is excluded, including reconciliation. While Israel openly snubbed this possibility and has given it the cold shoulder, at the same time, it also opened a watchful eye and developed its own back channel to these negotiations.

Over the past few weeks, Al-Monitor has learned that the official, public Israeli policy opposing the reconciliation is way different from what has been taking place in the back channels. In fact, Israel is deeply involved in these channels, in the most intense way possible. More so. Although it did not initiate this reconciliation, Israel has been working to ensure the reconciliation success almost from the moment the efforts began. Israel started becoming involved after intense pressure mainly from Washington and Cairo — the friendliest capitals to the State of Israel in general and Netanyahu in particular over the past year.

Netanyahu is trying to establish an intimate line of trust and strategic collaboration with US President Donald Trump. Given that he is dealing with Trump, this is no easy task. Trump is still an enigma to Israel. In fact, there is not a single intelligence agency in the world that can predict the US president's calculations and actions. However, once Netanyahu realized how invested and intimately involved the Americans are in Palestinian reconciliation on a strategic level, he concluded that Israel could not come out against it and then acted accordingly.

Netanyahu also has a warm, if not intimate, relationship with Sisi. Sources involved in contacts between them say that the relationship between the Egyptian president and the Israeli prime minister is unprecedented in the history of relations between the two countries since the signing of the Egyptian-Israeli peace treaty almost 40 years ago (1979). Here, too, Netanyahu realized that he could not undermine Sisi's most important target: launching a strategic move that would ensure relative quiet along the Sinai border. Cutting Hamas off from IS' Sinai district should allow Sisi to regain control of the Sinai Peninsula in relative peace and quiet, without worrying about whatever is happening in Gaza.

Since the announcement of the reconciliation several weeks ago, Israel has been deeply involved in the various stages of its progress on the ground, playing a covert role in the contacts between Hamas and Fatah, as mediated by Egypt and various other countries. According to Western diplomats active in the Egyptian-Israeli arena, the most senior representatives of the Mossad, the Shin Bet, Aman (Military Intelligence), the Israel Defense Forces, the Coordinator of Government Activities in the Territories and the Political-Security Department of the Ministry of Defense have been visiting Egypt with unprecedented regularity over the past few weeks. They have even been traveling by private jets on an almost daily basis, to cut down the already short distance between Tel Aviv and Cairo. These contacts are taking place with Egypt's minister of intelligence and the heads of the country's various intelligence agencies, with the knowledge and under the supervision of Sisi himself. Israel was involved in the transfer of the border crossings from Hamas to Abbas' people and is now heavily involved with Fatah seniors dealing with that issue, as well with all matters pertaining to the administration of the border crossings, security arrangements, the lists of various people who can cross the border, etc.

Israel has yet to decide whether Palestinian reconciliation is a positive or negative development for its long-term strategic interests. Discussions about this continue to take place regularly in the Israeli Cabinet, the National Security Council and the various intelligence agencies. Not everyone in the defense establishment believes that Palestinian reconciliation is necessarily bad for Israel. On the contrary, over the past few weeks, more and more officers believe that the return of the Palestinian Authority to the Gaza Strip and the transfer of control of the border crossings to it constitute a strategic asset. They contend that this would stabilize the system and reduce the chances of any rapid deterioration to military conflict, as happened in 2014.

All of this is taking place at the same time as ongoing American efforts to complete the diplomatic process and revive negotiations between Israel and the Palestinians. As far as anyone knows, there is still no formula that would allow Israel to engage in contacts with the Palestinians despite Fatah's involvement in governing Gaza. Even the "ultimate deal," which Trump has been talking about since the days he was elected, is not supposed to be some historic peace treaty and permanent arrangement between Israel and the Palestinians. It is more of a highly publicized reinvigoration of the process by establishing principles to relaunch and conduct renewed negotiations between the parties.

Netanyahu is heavily invested in this as well. A previous Al-Monitor article explains that he has no plans to turn down the Americans, if and when he gets an offer that he can't refuse. This may also be one of the reasons that Netanyahu is playing a positive role in the reconciliation, which is so important to his two major allies in the region. Netanyahu took out all that he could from the Israeli far-right camp, where he has positioned himself for the past 2½ years. All signs show that if the criminal investigations into his affairs start to show signs of taking a serious turn against him, he plans to break to the center by becoming a "peacemaker" rather than a warmonger, hoping to boost his efforts to survive politically.