Morsi and Netanyahu: Business as Usual

Current governments in Egypt and Israel are set to continue the path their predecessors walked in maintaining a peaceful relationship based on long-standing security commitments, writes Gamal Abuel Hassan. 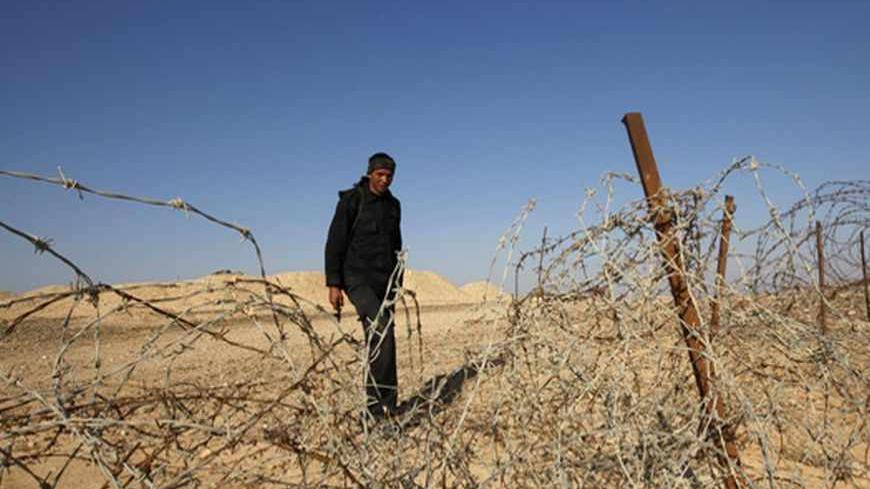 An Egyptian soldier stands behind a barbed wire fence on the border between Israel and Egypt some 50 km (30 miles) north of Eilat in this Nov. 28, 2010 file photo, after work began on a barrier to seal off part of the border with Egypt's Sinai desert. - REUTERS/Ronen Zvulun
Gamal Abuel Hassan
April 4, 2013

For more than 33 years, the peace treaty between Egypt and Israel has been one of the most long-standing political realities in the Middle East. In a sense, it might be deemed the pillar of regional order. The treaty involves both Egypt and Israel, along with the United States as a guarantor. Since its inception, the treaty has been a trilateral reality. This has proved to be of crucial significance.

For a long time, Egypt has vehemently resisted any people-to-people type of relations with Israel, and the relationship has primarily been based on security commitments and arrangements. During the final years of Mubarak's rein, the collaboration between the Egyptian and Israeli intelligence services reached unprecedented levels. The Israeli unilateral withdrawal from Gaza in 2005 brought the two countries closer together in the face of a threat of unleashed Islamists emanating from the Gaza Strip.

After the Egyptian Revolution in January 2011, both the Supreme Council of the Armed Forces in Cairo and the Likud government led by Netanyahu in Israel managed to protect (or safeguard) the fundamentals of the Egyptian-Israeli relationship, as they kept the treaty and security commitments it entailed quite intact. Both parties shared an interest not to rock the boat during the delicate transitional period in Egypt.

Although Netanyahu was probably one of the first leaders to use the term “Islamic winter” when referring to the “Arab Spring,” he was adept enough to contain potentially serious crises with Egypt, such as the cross-border attacks in Eilat in August 2011 and the storming of the Israeli Embassy in Cairo by an angry mob in Sept. of the same year. As a matter of fact, relations with Egypt after the revolution were managed in the least partisan way. Egypt was deemed a top security issue that transcended petty politics. It is one of the rare cases where Kissinger’s famous saying about Israel not having a foreign policy, only a domestic one, was proved wrong.

When Muslim Brotherhood candidate Mohammed Morsi was elected president in June 2012, some anticipated a dramatic shift in the relationship between Cairo and Tel Aviv, not only because of the ideological anti-Israel credentials the Muslim Brotherhood constantly took pride in but specifically because the Brotherhood consistently attacked Mubarak’s regime on its lenient approach toward Israel. It was commonplace to refer to Mubarak as a “Zionist agent” for being an accomplice to the ignominious Gaza blockade that has been in place since 2007.

In reality, nothing has changed since Mubarak stepped down in terms of the fundamentals of the Egyptian-Israeli relationship. Gaza is still, in effect, under siege, and the peace treaty remains in place. Abolishing the treaty, or amending it, does not even seem to be on the Muslim Brotherhood's agenda.

Facing immense expectations to deliver at home, Morsi was in no shape to challenge the order of things in the Middle East. The security triangle — Egypt-Israel-United States — came to manifest itself as a very powerful strategic reality. Hard to overlook and almost impossible to challenge. The dependence of the Egyptian army on the annual US military aid ($1.3 billion in 2012) and the Brotherhood’s need for US political support were both crucial factors that influenced Morsi’s calculations. More importantly, he came to realize that the relationship between Egypt and Israel is largely sustained through security channels.

In no other incident was this realization on the part of Morsi more evident than it was during the brief round of clashes between Israel and Hamas in Nov. 2012. This was the first foreign policy test to the newly elected Muslim Brotherhood leader. Conscious of the limitations and aware of the risks, he had no choice but to employ the old strategy, devised and successfully applied by the late Omar Suleiman (the former head of Egyptian intelligence services under Mubarak), of mediating a cease-fire between Israel and Hamas.

During the November crisis, Morsi came to realize that the “Israeli connection” might even be a political asset. Yearning to be internationally embraced, a crisis between Hamas and Israel was exactly what the Brotherhood leader needed in order to present his credentials to the west as a moderate and trustworthy player. Not unlike Mubarak, he perceived his role as a mediator between Israel and Hamas. The strong ideological, and presumably organizational, affiliations between the Muslim Brotherhood and Hamas did not prevent Morsi from playing that role; actually they made his job much easier than Suleiman’s, who was not quite trusted by Hamas.

To bring about a new lull, Morsi had to depend entirely on the same Suleiman team in the Egyptian intelligence services that shared long-standing relations, of years of mutual trust, with their Israeli counterparts. In so doing, he was giving their role in managing the complex relationship with Israel a stamp of approval.

The Egyptian security establishment has been very much inclined to see Hamas as a national security threat, particularly since its takeover of Gaza in 2007. This view stems from the fear that Israel is trying to “wash its hands off Gaza” and to push it in Egypt’s direction. For the Egyptian security mind, this would be the worst nightmare ever. Egyptian officials are also worried that Islamist groups in Gaza might be responsible for the deteriorating security situation in Sinai, which has witnessed numerous terrorist attacks since 2003.

Although the Muslim Brotherhood does not share these national security views, it has had to recognize the central role of the security establishment when it comes to dealing with Hamas and Israel. The rapidly deteriorating security situation in Sinai reinforced the position of the security establishment as opposed to that of the Brotherhood, with regard to setting the security policy for its two neighbors to the East. Essam Haddad, Morsi’s national security adviser, articulated the Brotherhood's new policy in rare candor, saying that Egypt “will not tolerate the two-way smuggled arms through the tunnels that is destabilizing the Sinai Peninsula.”

In addition to the security aspects, political dynamics have worked in favor of keeping the status quo. In stark contrast to the Mubarak years, Israel is no longer an issue of public debate in Cairo. It has been replaced by more pressing challenges such as the economy and governance. With the Muslim Brotherhood already in power, the strongest and most vociferous critic of the treaty has been removed. During the November 2012 crisis, the Brotherhood did not face any substantial domestic opposition to the course of action it chose to follow. No one has urged Morsi to take a more assertive stance in the face of Israel’s continuing aerial bombardments of Gaza. He has, so far, paid no political price for adopting literally the same policy that Mubarak was long criticized for.

For decades, politics of the Arab-Israeli conflict were intertwined with domestic politics in Israel and the Arab countries. The conflict was repeatedly used as a means to achieve political gain through attacking the national or religious credentials of political foes. Ironically, this sinister dynamic stopped with two right-wing governments at the helm in both Egypt and Israel. With their nationalist-religious credentials, the Egyptian and Israeli governments are immune to internal criticism of their respective foreign policy stances. Both Morsi and Netanyahu are politically secure to conduct business as usual.

Peace between the two countries never passed through people-to-people channels. The security-oriented arrangement that has governed the Egyptian-Israeli relationship since the 1980s is very likely to continue in the future. 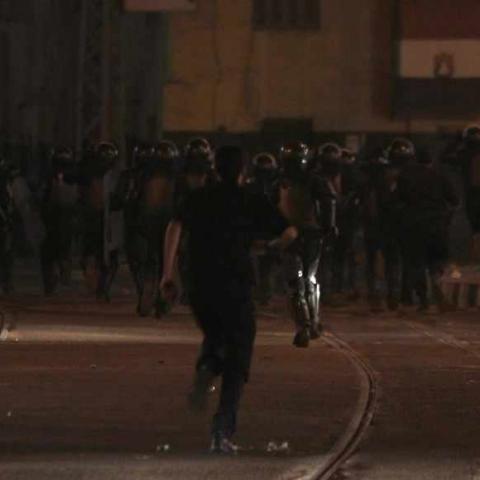