Gamal Abuel Hassan warns that Egypt may not be too big to fail; it may be too gone to save. 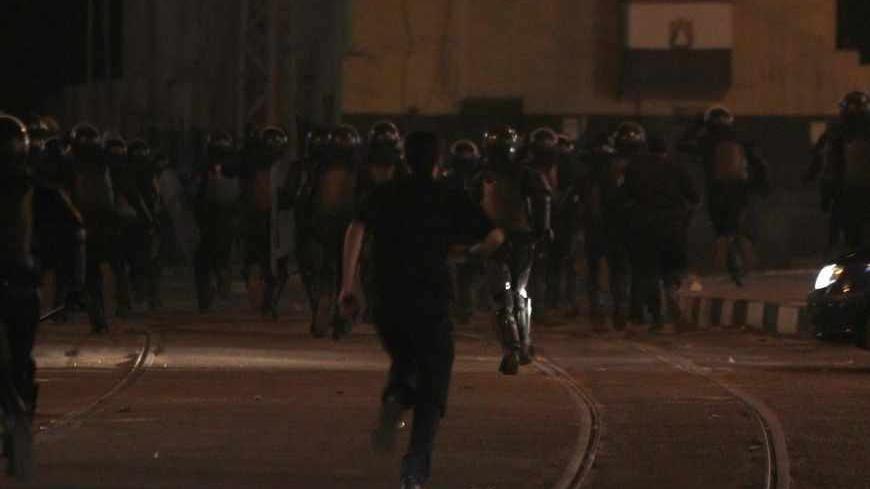 For many reasons, the concept of state collapse is not strange to the Middle East. In many of its countries, the modern state is a relatively new and alien concept brought to the region during the era of colonialism. No wonder, then, that state collapse and secessionism have afflicted some countries in the region. Lebanon during the civil war (1975-1990) and  Somalia since 1990 are clear cases in point. Syria is already on the way to total state collapse.

Egypt used to be considered an exception to this reality of state fragility in the Middle East. It has been one of the longest-existing political entities throughout history. Therefore, many may dismiss the possibility of state collapse in Egypt as mere exaggeration. Interestingly enough, Egypt’s defense minister does not seem to be one of those who think the idea is totally preposterous. In January, referring to the political crisis and the deteriorating security situation, he said the “current unrest may lead to state collapse.”

“Egypt is too big to fail” has become the newfound mantra repeated by many to reject prospects of total collapse. But what if Egypt is too big to save? What if the inherent weaknesses of state and society in Egypt reach a point where the country’s political, social and economic systems no longer function?

One way to look at the current situation in Egypt is to invoke what took place in other countries transitioning to democracy after protracted periods of totalitarian rule. Chaos and state weakness are typical of transitional periods. However, this might not be the case in Egypt. Symptoms of state failure can be easily traced back into the 2000s, and even further back. The uprising in January 2011 only brought to the fore and accelerated an ongoing process.

Instead of addressing deep and serious problems, the political system – forged in 1952 and substantially unchanged since — was designed to prevent social and economic crises from turning into deadly catastrophes. Nevertheless, keeping the status quo was no easy task in a populous country such as Egypt. It entailed maintaining and persistently enhancing two major structures. The first was an all-pervasive security apparatus that has been assigned with the micromanagement of a variety of issues ranging from monitoring and steering political life to the recruitment of junior staff members in academia. The second was an economic system inherited from the socialist era in the 1960s, and characterized by a bloated bureaucracy comprised of millions of civil servants, in addition to a generous system of subsidies for staples and energy. Together, the security apparatus and the state-controlled economic system constituted the pillars of stability in Egypt. Today, those two pillars are on the verge of collapse, and therefore the temple is shaking in an alarming way.

The role the security apparatus used to play in Egyptian social and political life can hardly be overstated. Egypt’s security apparatus, not unlike internal security in totalitarian regimes, evolved into an omnipresent administrator of social and political order. With almost no guiding ideology, except for fending off the Islamist existential threat to the regime, the security services evolved into a semi-bureaucracy which took on roles and tasks that otherwise should have been assumed by political parties or social forces. As a result, the stability of the social order grew more dependent on the judgment and performance of numerous security agencies, whereas civil society and the political class grew weaker and atrophied. Neither politicians, nor community leaders were ever accustomed to deal with matters relating to real politics.

Needless to say, that security-oriented system was unsustainable in the long run. The uprising in January 2011 brought about its unraveling, and sent the security agencies into a severe crisis of political legitimacy. Their capacity to impose law and order has been largely diminished in the last two years. Mubarak’s recipe for achieving security was rather simple. It was to provide “almost complete political backing for the police, no matter how brutal the methods they used.” The security apparatus can no longer operate in the same way, for the Brotherhood government has failed repeatedly to provide the political backing necessary for the functioning of police agencies.

The bloody incidents that engulfed the coastal city of Port Said in January, where almost 50 people lost their lives in clashes with police, clearly illustrate the complexity of the situation. Moreover, the alarming tendency among ordinary Egyptians to take the law into their own hands is bound to grow stronger. In January, Sharkia province witnessed the twelfth case in two years where people chose to publicly take the life of a suspect without waiting for the police.
Instances of the collapse of law and order cannot be simply attributed to poor performance on the part of security agencies. They rather reflect rapid erosion of the security equation that governed Egypt for decades. The fallout from this collapse will be felt in every aspect of Egyptian daily life.
While erosion of security constitutes a real and present danger, an economic crash might be the straw that breaks the camel’s back. With foreign reserves running low, hardly enough to cover three months of imports, and an unsustainable budget deficit due to an economically inefficient system of subsidies (the greater part of the subsidies goes to bread and energy, amounting to $20 billion annually), the Brotherhood government faces a daunting challenge to dismantle an economic structure that has been in place for decades. Judging from the way it tackled the negotiations with the International Monetary Fund in order to get a $4.5 billion loan, essential  for kick-starting the economy, it does not seem that the Islamic movement is ready to take the necessary, however unpopular steps, that may reset the economy. In December, President Mohammed Morsi had to backtrack only hours after announcing new tax increases on some consumer goods.
The economic crisis in Egypt is intimately linked to the political and security situation. Around 4,500 factories have closed since January 2011. Business people are redirecting their investments abroad for fear of expropriation. Political instability makes restoring normal economic activity next to impossible. Moreover, the vulnerability of the economic structure leaves the country prone to severe crisis. This month, World Food Program  country director Gian Pietro Bordignon said the economic crises are putting more and more people in a very risky situation, adding: "The situation is deteriorating and has to be tackled right now because it's a very risky trend." Food security is one area where an economic crisis could turn into a humanitarian crisis. Unfortunately, it is not the only area that holds the possibility of such danger.
Niccolo Machiavelli once said, “There is nothing more difficult to take in hand, more perilous to conduct, or more uncertain in its success, than to take the lead in the introduction of a new order of things.” Egypt has embarked on the risky business of introducing a new order of things. Due to its overstretching and inherent weakness, the Egyptian state as we know it might fall victim to this perilous and entirely unpredictable process.
Gamal Abuel Hassan is an Egyptian freelance journalist who writes on regional and foreign policy issues. He writes a weekly column for Al-Masry Al-Youm, Egypt's leading daily newspaper.