Iraq’s political quagmire, exacerbated by increasing sectarian violence, may yet be overcome with the help of the vice president’s consensus initiative. 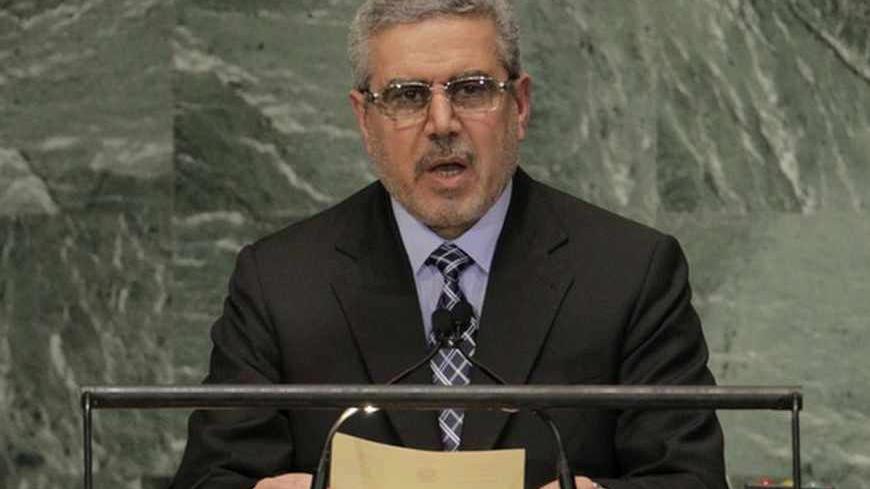 The Iraqi National Alliance bloc, which includes a broad spectrum of Shiite political forces, adopted the Social Peace Initiative on Aug. 28. This initiative was launched months ago by Vice President Khodair al-Khozaei, who tried to gain the political support of various forces.

A meeting was held between the president, the prime minister and the parliament speaker at Prime Minister Nouri al-Maliki’s office on Sept. 10, which was seen by most political forces as a step toward holding the long-awaited national meeting.

The consensus approach had experienced a setback as a result of the political intersections between the various blocs and accusations that Maliki had undermined the possibility of a consensus. On the other hand, Maliki was requested to adopt a system of majority rule instead of a partnership or consensus government.

Although the final terms of the initiative have yet to be revealed, the first reading of the text proposed by Khozaei himself, containing 14 items, reveals two basic issues:

First, the initiative is aimed at finding a practical mechanism to manage the consensus process between the political forces by establishing a committee headed by the vice president and including members from among political bloc leaders. This committee and the number of participants in it will be agreed upon and its objective will be to adopt the social peace program in Iraq.

Second, the initiative makes compliance with the decisions issued by this committee mandatory by specifying that “the differences that may arise or occur in the political scene must be settled in a consensual manner, without prejudice to the constitutional powers of the competent authorities.” Further, the initiative specifies that “the recommendations made by the committee must be honored and the participants in the initiative shall seek to create the appropriate atmosphere for their implementation in line with the interests of Iraq and its people.”

In addition to these two practical points, the other items in the initiative focused on procedures, calls and principles that have almost been agreed upon within the scope of the political alignments promoted by all the sides.

These include setting a constitutional limit for the political blocs’ actions, combating terrorism and militia activity; defining a legal vision for dealing with the outlawed Baath Party; achieving balance between the state apparatuses; promulgating laws that contribute to the solution of the crises and facilitating cooperation between the state and citizens.

Although these texts are subject to amendments that have yet to be declared by the National Alliance before their adoption, the project recalls in one way or another the crisis of the formation of the Iraqi government in 2010.

At that time, it was agreed upon to form a political council under the name of the “National Council for Strategic Policies.” This council never saw the light of day despite obtaining the initial vote by parliament in August 2011.

The National Alliance already suggested on July 7, 2012, the formation of a political reform committee as a solution to the political crisis. This committee was considered at the time by independent MP Hassan Alawi to be another form of the Council for Policies, which was not agreed upon from a constitutional standpoint.

However, one may wonder: Is there a genuine conviction among the Iraqi political circles that political consensus is the shortest way at this stage to overcome the dangers that threaten the country? It is difficult to predict the answer. Consensus has its pros and cons, and its main disadvantage is that it has consecrated a sectarian and partisan quota system at the heart of the structure of the state.

In addition to these disadvantages, the exceptional situation that Iraq is dealing with at the security, political and economic levels, as well as major external challenges, are all reasons supporting the adoption of the theory of consensus between different factions in order to reach a minimum of understanding in the next phase.

Will the committees of political or partisan leaders achieve such a consensus, as proposed by Khozaei’s initiative?

This may be achieved in theory, but securing a general consensus requires an agreement on the state's main policies and plans of action. Reaching these objectives requires not only committees, but also an active and loyal political movement, supportive and regulatory laws and mechanisms that will not be used for the purpose of toppling political opponents.