The 2014 elections are unlikely to salvage what remains of the Iraqi state after years of bitter political divisions. 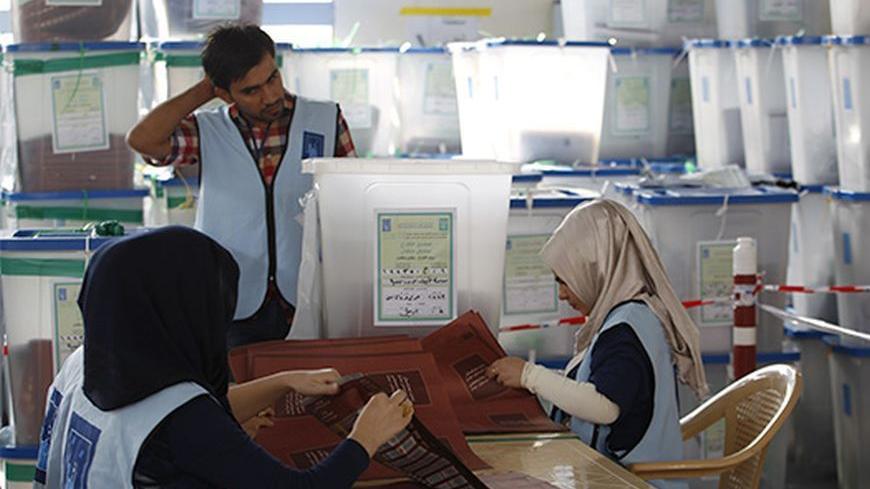 Iraqi politicians are obviously unwilling and probably incapable of offering any consensual solutions to the exacerbating Iraqi crisis before the Iraqi parliamentary elections likely to be held in the middle of next year.

The main reason for this conviction is that the various parties are still hoping the elections will solve the crisis. This is not based on a firm conviction that elections are a democratic means for changing power, but rather on the hope that elections will change the current political map in favor of one party or another, allowing it to impose its vision of the solution.

The truth is, while elections represent a suitable track for venting political tensions, they are not sufficient as an end goal to a crisis, such as the one currently faced by Iraq. This is a country that remains unable to overcome its transitional phase, and is embroiled in conflicts over the foundations of its political processes and the dispute over the method of the state administration, in addition to major security collapses.

In this volatile atmosphere and in light of the security collapse, the only available solution involves securing a public consensus on getting through this ordeal. The need for such a consensus after the coming elections will be the same as the need for it prior to these elections. Iraq has always been in need of an agreement on common grounds between its components and political parties. This agreement was postponed pending the 2005 elections, and again pending the 2010 elections, without any significant change to the prevailing situation. For this reason, the 2014 elections are not expected to lead to such long-awaited consensus.

What Iraq needs today is for the political parties and social and religious leaders to assume their responsibility of urging that a national conference take place to discuss all of Iraq's problems.

Does this require exerting internal pressure on the leaders of political blocs and parties to attend this meeting? Yes: Iraq needs internal and external pressure to force political leaders to spare the country the ongoing game of mutually dismissing each other. Moreover, Iraq desperately needs these leaders to head to the negotiating table bearing in mind a solution and not a crisis.

The main reason for the complexity of the current political situation is that the various Iraqi parties are unwilling to make concessions on the negotiating table, thus pushing for elections, in the hope that these elections will create a new environment completely different from the current one.

This is a risky venture since terrorist powers that lie in wait for Iraq are not wasting any time. They exploit the current political meltdowns to gain new space and greater ability to implement major Iraqi genocides.

The burden is borne by the current Iraqi leaders as they face the risk of wasting time and gambling with the future of the country. They are bound to take the shortest way to resolve the Iraqi crisis, i.e., via the negotiating table, even if it seems too complex today.