As the security situation continues to deteriorate, Iraqi political groups must reconcile and work together to ensure all players have a say in the decision-making process. 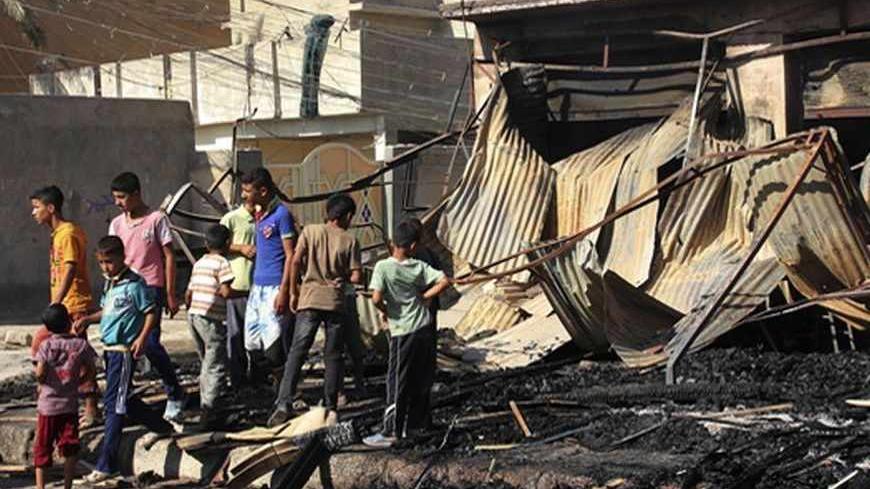 Children look at the site of a bomb attack, one day after the blast, in the center of Baqouba, 65 kilometers (40 miles) northeast of Baghdad, Aug. 15, 2013. - REUTERS/Mohammed Adnan

Despite 10 years of experience in rule, the political process in Iraq has not resulted in an agreement between political partners. While the parties participating in the government insist on having a hand in the process of making and taking decisions, Iraqi Prime Minister Nouri al-Maliki insists on accusing his partners of trying to obstruct his decisions. Accusations of monopolizing power and responses to these accusations — after the failure of the politically fragile Erbil Agreement — led to ongoing political and security disturbances. This prevented the government from making significant gains in terms of the provision of services and improving the security situation and other state functions.

It seems that granting authority with regard to decision-making to the winner of the elections and putting the other parties in the position of the opposition is not suitable for the current period Iraq is in. The country’s worrisome situation — given the absence of a stable state and effective, professional institutions — has imposed a consensual system, rather than a system characterized by a dual role comprising the government and the opposition. Everyone must be involved in the process of taking fateful decisions for the country, especially with regard to addressing the security breakdown.

In light of the constant deterioration of the security situation in the country, on June 1, the head of the Supreme Islamic Council, Ammar al-Hakim, called for a round-table discussion of faction leaders to address the country's challenges. He also called for a national conference bringing together all of the political forces to address issues related to governance and developing lasting solutions to the series of crises that are constantly encountered.

None of these initiatives succeeded, since the responses of the Maliki-led State of Law Coalition were not positive or welcoming.

As security challenges persisted and the State of Law Coalition continued to face criticism regarding its failure at state administration, a new initiative was launched by State of Law Coalition member and Iraqi Vice President Khodair al-Khozaei. This initiative was called the "social peace initiative" and was welcomed by all political parties, including the Union of Kurdistan; the Citizen Bloc, affiliated with the Supreme Islamic Council; and the Ahrar Bloc, affiliated with the Sadrist movement. These parties were optimistic that this initiative would be successful, unlike its predecessors, which failed to realize any of their objectives. Furthermore, it seems that the upcoming elections play an active role in bringing together the political parties, which are trying to realize achievements in the remaining period, to make gains in the electoral race.

Amid the current difficult circumstances, it seems that taking serious steps toward collective decision-making totally depends on the extent of faith and commitment the political class — especially the Shiite alliance, which represents the majority of the country — has to the logic of partnership in government.