US Jews losing faith in Israel

Many American Jews feel that the Netanyahu government favors Orthodox Jews over those belonging to progressive Judaism streams and, as a result, are questioning their ties to Israel. 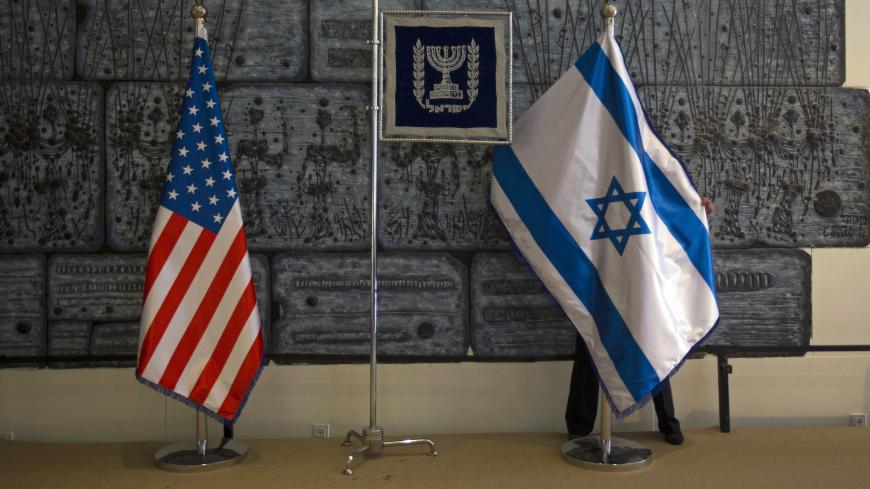 An employee arranges an Israeli national flag next to a US one at the residence of Israel's President Shimon Peres in Jerusalem, ahead of US President Barack Obama's visit, March 18, 2013. - REUTERS/Ronen Zvulun

While formal relations between the US administration and the Israeli government are at their best, disturbing voices sound on both sides of the ocean concerning the all-important relationship between Israel and American Jewry.

Al-Monitor spoke with officials of the two main Washington lobbies on Israel — the American Israel Public Affairs Committee (AIPAC) and J Street — on the actual state of these relations. A senior AIPAC member told Al-Monitor on condition of anonymity that many in their Jewish constituencies — especially in more liberal communities such as New York and California — are expressing misgivings with the Israeli attitude to the largest Jewish community outside of Israel. The criticism expressed by Israeli Deputy Minister of Foreign Affairs Tzipi Hotovely against American Jews, arguing that they do not understand Israel and its policies as they do not serve in the army, is only a symptom of what has become a deep schism between Israel and American Jewry.

According to the AIPAC lobbyist, there are profound reasons beyond the misunderstandings between the Netanyahu government and the US Jewish community.

First, he said that the majority of the Jewish community is liberal and pro-democratic, and does not see the Trump-Netanyahu "love affair" in a positive light.

Second, the abolishment by Prime Minister Benjamin Netanyahu of the Western Wall mixed-gender prayer space was seen by many in the conservative and reform Jewish movements as a slap in the face to the principle of equality in American Jewish life. Such a space would have allowed a new area of worship at the wall for men and women to pray together.

Another issue deepening the rift is the ongoing interferences by the Israeli government and Israel's Chief Rabbinate in defining to US Jewry what constitutes being a Jew, for the purpose of the Law of Return to Israel — by which Jews have the right to Israeli citizenship. According to the official, a conservative Jew himself, many American Jews view the Israeli stance of controlling who is authorized to convert in the United States as an interference in American Jews' right to determine themselves who is Jewish. It is an affront to the two largest segments of the US Jewish communities, the conservative and the reform movements. And this, the official said, is the crux of the problem. Israel favors the Orthodox community as more belonging to the Jewish state, over the conservative and reform ones.

In parallel, Israel Director of J Street Yael Patir told Al-Monitor, "The Israeli government has given up on the traditional bi-partisan approach [working equally with Democrats and with Republicans], and this is of great concern to the majority of American Jews who tend to vote for the Democrats." She added, "American Jews active in their communities are asking Israel for a dialogue between equals," explaining that young Jews in particular want to feel free to express simultaneously their affection for Israel and their views on its policies.

A senior Israel Ministry of Foreign Affairs official in charge of Israel-Jewish diaspora relations told Al-Monitor that there is a serious strain between many within the American Jewish community and Israel. He expressed cautious criticism over Hotovely’s remarks that American Jews allegedly are non-patriotic. Still, the Israeli diplomat believes that the current crisis is mostly related to the abolishment of the plan for the Western Wall mixed-gender praying space, which the conservative and reform movements both perceive as an insult, delegitimizing Jews who are not Orthodox or have not gone through an Orthodox conversion. That being said, he believes that these are passing clouds within a very powerful relationship.

But the Israeli diplomat may very well be wrong. Patir believes that this crisis is also generational. There is a new American Jewish generation that did not know Israel's founding figures — Prime Ministers David Ben-Gurion and Golda Meir. These young people are well-integrated within the American society, and in general more liberal and vote more democratic. They believe that American Jews deserve to determine their own Jewishness, through their institutions, and that they have the right to express freely their views on Israel.

And so, we might be witnessing a lasting crisis, affecting also the effectiveness of Israeli lobbies in Washington.