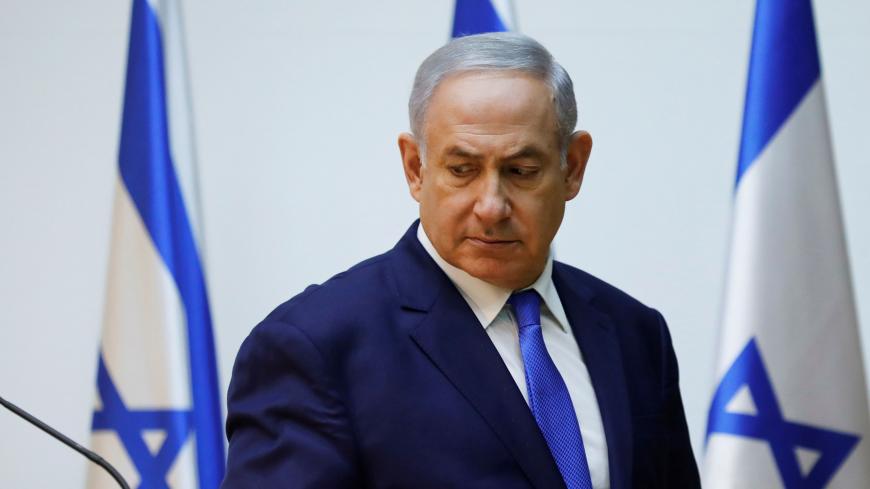 Prime Minister Benjamin Netanyahu was quick to excuse President Donald Trump’s Dec. 19 announcement of a US military and diplomatic pullout from Syria. “This is, of course, America’s decision,” he said. “We will study the timetable, the mode of operation and of course the implications for us,” the prime minister added with commendable restraint. He is quite right. Any country, even more so the world’s pre-eminent power, is entitled to shape foreign and defense policy in accordance with its interests. Nonetheless, not so long ago, Netanyahu thought he was entitled to upend a major American decision on diplomatic-defense issues and to sic the American Jewish establishment on the US administration. He may not have the same luck in replicating that ploy this time.

In 2015, when the prime minister thought President Barack Obama’s decision to sign the deal curbing Iran’s nuclear program was detrimental to Israel’s interests, he set off warning sirens that reverberated across the Atlantic. On the other hand, when Trump leaves Syria to the mercies of Russia and Iran and abandons the Kurds, Netanyahu sounds the all clear as if to say, “In any case, we will protect Israel and defend ourselves from this arena.” In 2015, the Republicans were the ones to stand by Netanyahu. They tried to help him abort Obama’s deal with Iran and eventually convinced Trump to withdraw from it. Now, in last month’s midterm congressional elections, the Republicans’ loss of the majority in the House of Representatives was Netanyahu’s loss as well.

The US move in Syria symbolizes Netanyahu’s failed strategy in banking on an unpredictable and aggressive president. In recent years, Israel has lost its two strongest cards in the American political game — the House of Representatives and the Jewish community.

The results of the congressional elections do not point to an unambiguous stand by the American public on Israel. They are particularly telling, however, in reflecting the views of American Jews on Israeli government policy. The most glaring finding is the abyss that has opened up between the biggest Jewish community in the world outside Israel and the state of the Jewish people as 2018 draws to a close.

A poll conducted immediately after the Nov. 6 elections for the liberal Jewish J Street organization shows that while Israelis and their elected officials distance themselves from basic democratic values, chief among them equality and freedom of expression, an overwhelming majority of American Jews identify with these values. The goodies with which Trump endowed Israel and its prime minister, especially with the move of the US Embassy from Tel Aviv to Jerusalem in May, turned him into a great favorite with Israeli Jews. American Jews, on the other hand, expressed their attitude toward their president with sweeping support for Democratic congressional candidates. Some 76% of Jewish Americans voted for Democratic candidates, compared with 70% in 2016. Only 18% of American Jews rate the president favorably, compared with 74% who do not. Some 72% of the world’s largest Jewish community outside Israel believe Trump’s comments and policies are responsible to a certain extent for the Oct. 27 massacre at Pittsburgh’s Etz Haim Synagogue.

In marked contrast, Israeli officials, with Netanyahu at their head, discount the significance of the growing displays of anti-Semitism in the United States over the past two years. A poll conducted in June for the American Jewish Congress, an organization identified with mainstream US Jewry, found that whereas 77% of Jewish Israelis are satisfied with the president’s handling of US-Israel ties, only 34% of American Jews agree with them. The poll also found that 51% of American Jews support and 30% oppose a two-state solution to the Israeli-Palestinian conflict with the establishment of a demilitarized Palestinian state in the West Bank, but only 44% of Israeli Jews favor such an outcome and 48% reject it.

The protracted dispute over American Jews’ demand for pluralistic prayer rights at the Western Wall, Judaism’s holiest site, as well as Israel’s West Bank settlements, also alienate even members of non-Orthodox Jewish communities who do not identify with the liberal camp. In a New York Times op-ed piece in March, the president of the World Jewish Congress, Ronald Lauder, warned that Israel’s surrender to radical religious forces and the growing alienation of diaspora Jewry threaten to turn Israel from a modern, liberal state into a semi-theocracy. The Jewish leader, once a close associate of Netanyahu, noted that he holds Republican views and has backed the Likud since the 1980s. Nonetheless, he realizes that unless Israel adopts the two-state solution, it will have to choose between granting full civil rights to the Palestinians, thereby ceasing to be a Jewish state, and withholding such rights and ceasing to be a democratic one.

Studies indicate that young American Jews, most of whom espouse progressive views, feel less connected to Israel than their parents do because they feel its policies run counter to their own beliefs, especially on the conflict with the Palestinians and policy on asylum-seekers. Haaretz reported Dec. 11 that the number of applicants for the Birthright Project, which brings young diaspora Jews (mostly Americans) on free-of-charge tours of Israel, plunged 20% to 50% for scheduled trips to Israel between this month and March 2019 compared with last year. According to the report, 1,500 Jewish students on 30 campuses around the United States signed a petition demanding that organizers restore meetings with Israeli Arabs to the tour itinerary; the meetings were dropped this year.

In Israel’s 70-year history, Republican presidents and Democratic ones have come and gone, as have Democratic- and Republican-dominated Congresses. Israel found some more palatable than others, but for decades, it could count on the firm deterrent power of the American Jewish community on both sides of the aisle. Now that Trump has proven less than trustworthy, Netanyahu would do well to find a quick fix for the rights of American Jews of all denominations to pray at the Western Wall (including the many members of the US Progressive Judaism stream, who are asking for a mixed-gender praying space by the wall). While this is a crucial step, it will probably not suffice to bridge the gaps between the democratic views of American Jews and those of the Israeli government, nor to heal the rift between the Jewish worlds on both sides of the Atlantic.