US optimistic about Mideast peace deal

The US administration will soon publish guidelines for restarting Israeli-Palestinian negotiations. 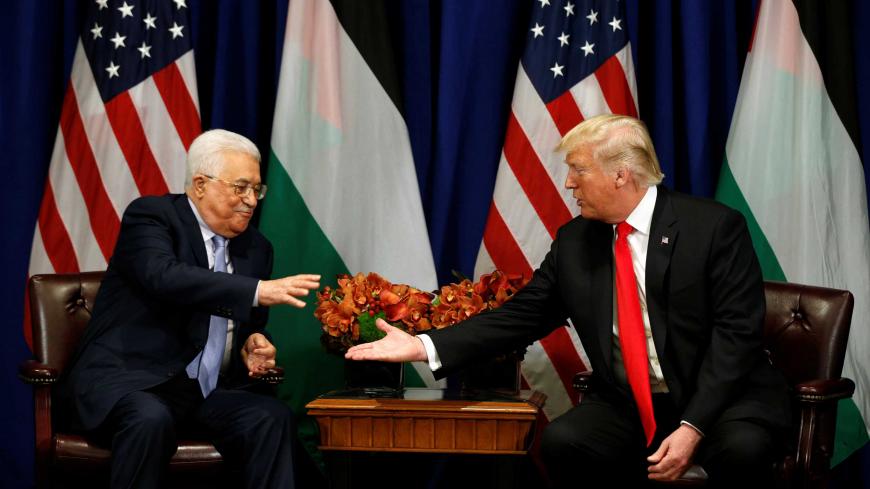 A surprising disagreement seems to be emerging between the United States and Israel over the interpretation of the Fatah-Hamas reconciliation agreement. Israel reacted in an almost-Pavlovian way, halting most of its contacts with the Palestinian Authority government, except for urgent security and humanitarian issues. The United States, on the other hand, both on the level of the White House and the level of the State Department, continued its ongoing dialogue with Ramallah. US peace envoy Jason Greenblatt is leading these contacts together with US Ambassador in Tel Aviv David Friedman and the US consul general team in Jerusalem. The motto of the US administration seems to be “give the reconciliation agreement a chance.”

According to a senior US diplomat, the administration conveyed to Palestinian President Mahmoud Abbas that it will not intervene against the new Palestinian agreement and that it demands the disarming of Hamas, yet not overnight. The US diplomat does not rule out that once the dust has settled between the two rival Palestinian factions, Washington might outline guidelines for peace negotiations between Israel and the Palestinians (without Hamas being included).

US Vice President Mike Pence is scheduled to visit the region in December to meet with Prime Minister Benjamin Netanyahu, Abbas and Egyptian President Abdel Fattah al-Sisi. The vice president is considered a foreign policy hawk, but with the virtual elimination of Secretary of State Rex Tillerson from regional peace efforts, this visit could turn into a significant one.

In the meantime, Greenblatt is carrying out the president’s instructions to keep the hope for peace negotiations alive. According to the American source, the US administration goal is to keep on one side a very pro-Israel line, and on the other to advance rapprochement with Egypt (and Saudi Arabia) as a counterbalance to Iran. President Donald Trump’s son-in-law Jared Kushner is scheduled to visit Riyadh again in the coming days.

Trump must still decide if he will issue guiding principles for the opening of negotiations, despite Netanyahu’s opposition to such a move. The main motivation to go ahead — something Trump has said he would do during the election campaign — is the administration’s desire for cooperation with Egypt in the ongoing struggle against radical Islam. Trump, according to the US diplomat, attaches great importance to his Riyadh declaration of May 21 at the Arab-Islamic-American summit. He may want to match it with a Washington declaration on Middle East peace.

The US diplomat explained that such guiding principles could include a series of elements.

For instance, peace negotiations between Israel and the Palestinians would be conducted without Hamas, with a two-state solution as part of the parameters. Hamas would have to dismantle its military wing, and Israel will be recognized as a Jewish state.

As for Israel, its settlement construction would be limited to the strict needs of actual growth. The final border must provide security for Israel and freedom for the Palestinians. In that respect, stringent security and anti-terror measures must be agreed upon, with an Israeli presence along the Jordanian river. Security cooperation would be developed between the United States, Israel, Egypt, Jordan and Saudi Arabia, based on the Riyadh declaration.

Another important element would be that the solution to the Palestinian refugee problem will be allowing these refugees to settle in Palestinian territories or receive international compensation (not from Israel).

And last, the guidelines would include normalization of relations between Israel and the Arab states, based on the 2002 Arab Peace Initiative.

These ideas are being explored at the US National Security Council, under the guidance of national security adviser Gen. H.R. McMaster.

The US diplomat told Al-Monitor that the purpose of these guidelines is to make it difficult for Netanyahu to say no to someone he perceives as the most pro-Israeli US president in recent memory.

A senior Israeli Ministry of Foreign Affairs official who spoke to Al-Monitor on condition of anonymity said that the possibility of guidelines for peace negotiations has indeed been discussed between Greenblatt and Jerusalem. According to the Israeli source, Netanyahu objects qualifying Hamas disarmament as a goal of negotiations, as in the US possible proposals; this must be a precondition to negotiations.

On the Palestinian side, a senior PLO official reacted to the US ideas with skepticism. Abbas is indeed encouraged by US-Egyptian cooperation on the reconciliation agreement and on eventual peace talks, but the content of this US position is unacceptable to him. Still, the PLO source emphasized that Ramallah was told by the administration it was free to express its positions on all permanent status talks.

Be that as it may, predicting that such proposals would soon be made public or lead to an opening session of negotiations, is predicting Trump, which is impossible.