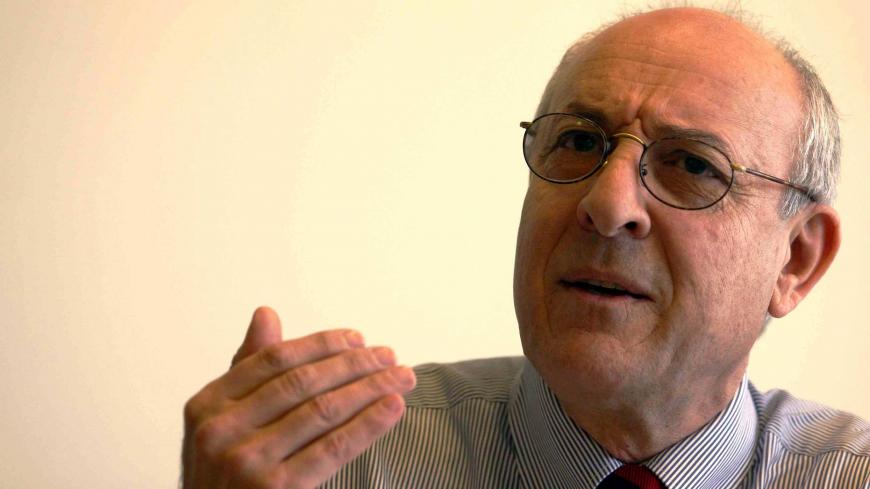 The Israeli police continue to investigate the sale of German submarines to Israel and the people involved in the deal. But while we cannot predict the end results of the “submarine affair,” we already know that it has changed the face of the government. Prime Minister Benjamin Netanyahu, who will be forced to at least testify on this affair in the near future, can no longer run the country via his two lawyer-cousins who are his closest, most loyal associates. This system through which the prime minister conducted Israel’s most secret issues has been dismantled. It is gone for good.

On Nov. 5, just after 6 a.m., two arrest teams from elite police unit Lahav 433 made their appearance in front of the magnificent houses of the two strongest attorneys in Israel: Yitzhak Molcho, Netanyahu’s personal diplomatic emissary; and David Shimron, Netanyahu’s personal lawyer who is responsible for the internal-political front on behalf of the prime minister. The two are partners in a booming legal office in Jerusalem, which has turned into a veritable empire due to the long years that Netanyahu has been running the country.

Shimron is Netanyahu’s first cousin, while Molcho is married to Shimron’s sister and is also the prime minister’s cousin (second degree). These two, together with Netanyahu’s wife, Sara, and son, Yair, comprise Netanyahu’s war Cabinet, his inner beehive and nuclear family. This is a team from which there are never any leaks. It is with this group that Netanyahu conducts Israel’s most sensitive, convoluted and stately issues on all fronts.

If someone would have prophesied the arrest of the two attorneys on such a huge issue as the submarine affair — which threatens to implicate Netanyahu himself soon — the district psychiatrist would have surely ordered the hospitalization of the soothsayer. But this scenario actually transpired, last Sunday.

These arrests caught Netanyahu at the conclusion of a five-day visit to London, while he was celebrating his wife’s birthday. The arrests of Netanyahu’s two cousins/cronies could be compared to a US scenario in which the FBI would arrest President Donald Trump’s son-in-law Jared Kushner and daughter Ivanka Trump. In fact, Trump has no confidant at his side with the same seniority enjoyed by Molcho and Shimron. They have always been at Netanyahu’s side, from his very first term of office in 1996. Shimron is the interior minister, political adviser and head of staff, and he is responsible for financial affairs and internal management. Molcho is the foreign minister, defense minister, national security adviser and secret emissary for the state’s most clandestine missions.

Most astonishing of all is the fact that the two were never asked to take a break from their booming attorney practices, and they never joined the civil service. They did what they did for Netanyahu while they still managed thriving private practices, constituting a clear case of conflicting interests. All ears and eyes, however, evidently pretended not to see what was going on. Israel’s gatekeepers allowed all this to take place.

It had been known for some time that Shimron would be investigated as a suspect in the submarine affair; it wasn’t a question of if, but when. However, the surprising arrest of Molcho shocked many in and out of Israel. Molcho is an icon of respectability: always discrete, always confidential, always knew how to keep a secret. Molcho was a frequent visitor at castles of Middle Eastern rulers; he was a frequent inhabitant of Washington and even the White House. During the most difficult of the “Obama days” (the tumultuous relations between President Barack Obama and Netanyahu), Molcho would wander around Europe on a regular basis, banging on proverbial doors to open the route for the prime minister, even in destinations that best remain unnamed.

Molcho did all this for years while simultaneously directing Netanyahu’s most sensitive negotiations, including various peace initiatives: the 2000 London route, in which Molcho operated via Palestinian President Mahmoud Abbas’ emissary Hussein Agha (with direct involvement of US diplomat Dennis Ross) and the intensive, desperate negotiations conducted here by former Secretary of State John Kerry, until he reached an impasse in 2014. Molcho was Netanyahu’s direct and sole representative everywhere. Not infrequently would he raise the ire of those present, but never did anyone doubt that Molcho was representing the prime minister faithfully. He had the requisite authority and permission.

But what did Molcho have to do with the submarine affair? It turns out that at the same time Shimron was acting as the representative of the ThyssenKrupp shipyard in Israel, Molcho is suspected of carrying out diplomatic missions in Germany for the prime minister. While Shimron was reaping economic benefits from the billion-dollar submarine deal, his partner Molcho continued organizing diplomatic meetings that dealt with the same subject.

According to Israeli reports, Molcho was the one who gave the go-ahead to German Chancellor Angela Merkel to sell ThyssenkKrupp submarines to Egypt. Israel had veto power on the sale of submarines to neighboring countries, but did not take advantage of it in this case. When then-Defense Minister Moshe Ya’alon found out about it, he raised hell. When Israeli President Reuven Rivlin visited Berlin and met with Merkel in May 2015, he asked the chancellor why she authorized the sale of submarines to Egypt. Merkel answered that Molcho had brought word of Netanyahu’s agreement to the sale. At this stage, warning lights went on in the Defense Ministry. Ya’alon was fired a short time later, and Avigdor Liberman was appointed in his place. It was argued that the reason Israel did not try to raise obstacles for the selling of submarines to Egypt was because it wanted to speed up the transactions and wrap up the deal involving three new submarines as quickly as possible. Now the police are checking what interests were involved in these considerations, and whose interests they were. It is not certain that these interests were the national and security-related interests of the State of Israel.

Meanwhile, the submarine deal between Israel and Germany is continuing as usual. This was made possible mainly by virtue of the written authorization given by Attorney General Avichai Mandelblit to the German government. Nevertheless, the German government permitted continued communication with Israel, only as long as no governmental corruption connected to the deal will be proven.

The answer to the corruption question will be provided by the Israeli police in the next few months.