Iran is taking steps to export liquefied natural gas after having previous ambitions to do so scuttled by sanctions. 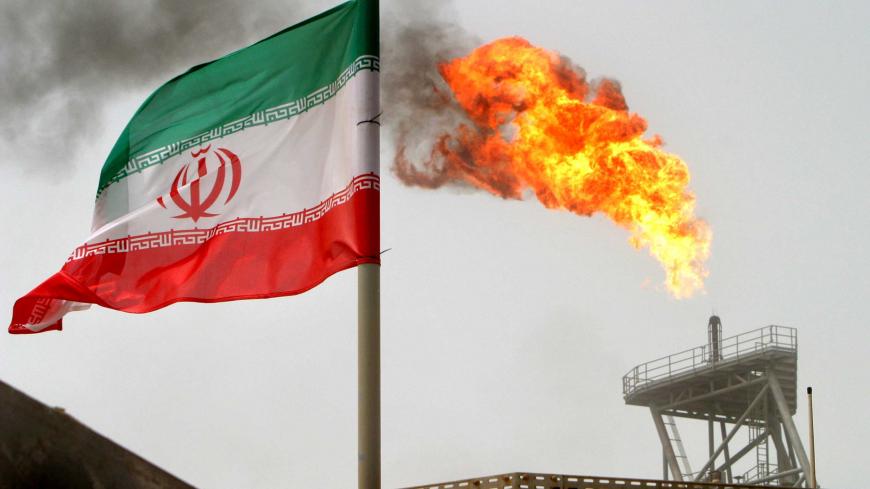 A gas flare on an oil production platform in the Soroush oil fields is seen alongside an Iranian flag in the Persian Gulf, Iran, July 25, 2005. - REUTERS/Raheb Homavandi

In the early 2000s, as Iran drafted ambitious plans to exploit its huge gas potential, allocating some of the gas for the production of liquefied natural gas (LNG) was firmly on its agenda. In fact, three projects were outlined: Pars LNG, a joint venture between Total (50%), the National Iranian Oil Company (NIOC, 40%) and Petronas (10%); Persian LNG, a joint venture between Shell (25%), Repsol (25%) and NIOC (50%); and Iran LNG, a company owned by NIOC with undetermined international partners. All three projects invested heavily in paving the way for the future production and export of LNG from Iran.

By the late 2000s, however, the international partners in the first two ventures were forced to abandon the projects given the intensification of nuclear sanctions against Iran. What remained was the third project, Iran LNG, and the frustration in Tehran that massive investments in the LNG sector had gone to waste. In fact, in light of the withdrawal of international companies and potential technology providers, Iran excluded any role for LNG in its subsequent gas sector strategy.

Developments in a number of fields have since compelled Iranian petroleum sector strategists to reconsider and take a more serious look at LNG. The factors contributing to the shift in strategy include the following:

The first steps in the shift have already been taken. Tehran signed an agreement with Oman to export Iranian gas to Oman via pipeline and then to use excess capacity in Oman to produce LNG. This first step was designed to put Iran, as a small player, on the global LNG map. The second step was taken when Tehran signed an agreement with the Norwegian company Helma Vantage to provide it with FLNG capacity. The advantage of an FLNG facility is that it can be shifted if gas supply locations change due to the flow of projects. This means that a floating LNG unit can be installed depending on where new sources of gas become available. In the meantime, Total SA, the French company that signed the South Pars Phase 11 agreement with Tehran in July, is in talks with Iran to acquire Iran LNG, mentioned above.

These are all important steps that will gradually increase Iran's potential to produce and export LNG. Iran has competitive advantages to move it in the direction of becoming a significant player in the LNG market, including its gas resources and geostrategic position. Also, Iran has an affinity for major markets in Europe and Asia. Meanwhile, Iran appears to be taking the right approach in creating LNG capacities at a gradual pace rather than trying to jump into large-scale production. Nonetheless, a number of challenges will need to be addressed before Iran can become a substantial player in the growing global LNG market.

First and foremost, LNG technology is potentially one of the technological sectors most vulnerable to US pressure. In other words, even though non-US providers of LNG technology exist, some components are only US made. Tehran needs to be careful to avoid a new wave of pressure due to unilateral US sanctions on transfers of technology.

Second, unlike the international crude oil market, which Tehran knows quite well, the global gas market is driven by buyers rather than sellers. LNG exports have to be decompressed at their destination, meaning that additional infrastructure is required at the receiving end of the export process. LNG exports also require specialized tankers for international transport, so Iran must invest in new capacity for its tanker fleet. Though Iran has had experience with pipeline gas exports to neighboring countries, it is important to realize that LNG exports are different and that human resources, infrastructure and commercial capacities must be developed to benefit from the LNG potential.

Third, economic comparisons between pipeline gas exports and LNG exports need to become more sophisticated. Some experts in Iran argue that it could more feasibly export gas to distant markets via pipeline. While their economic calculations may be quantitatively correct, they fail to take into account some of the non-quantifiable counter-arguments, such as the geopolitical risks to pipelines, including terrorism. In fact, the decadeslong failure to plan and construct an Iranian gas pipeline to India is the best proof of such complexities.

Fourth, there will be some domestic opposition to the future development of LNG among forces that believe the best form of gas export for Iran is the production and exportation of electricity. This constituency is strong and also presents valid arguments, such as the fact that Iran has indigenous electricity generation technologies and that there are enough current and future regional markets for electricity exports. Given that Iran has the world’s largest gas reserves, however, Iranian strategists should grasp that the country has enough gas resources to become a key player in all these markets.

The above outline underlines the potential of future Iranian LNG exports and also points to the challenges along this path. The key element in drafting and implementing the appropriate strategy is to first develop a comprehensive energy vision for the country. Once such a document exists, everyone will know what share of resources will be allocated to each sector, and more meaningful sectoral planning can flow from there. In the meantime, Tehran will gradually appear on the LNG map, in incremental steps.