US sanctions and the dynamics of Iran’s petroleum sector

While US sanctions are hitting Iran’s key energy sector hard, the industry remains set to advance, albeit at a slower pace and with a lower level of technology. 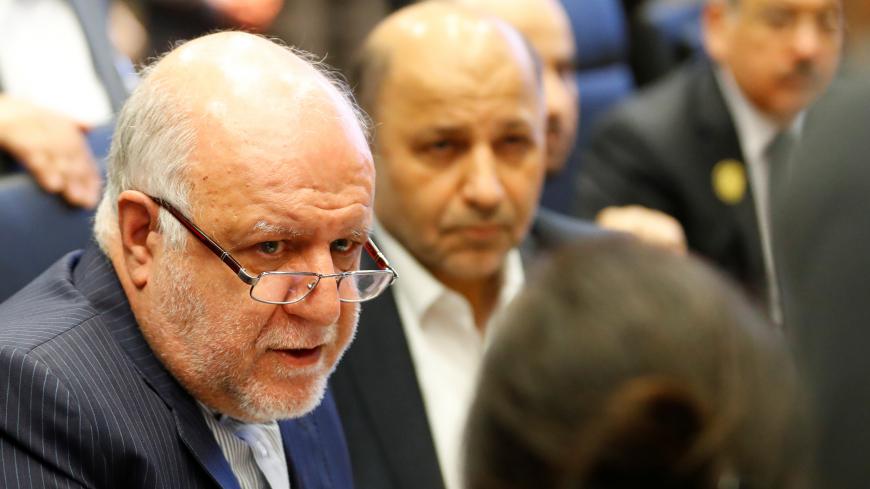 Between 2016 and 2018, Iran’s energy sector was the main beneficiary of the lifting of nuclear-related sanctions. Increased oil production and exports, the return of international oil companies (IOCs), massive investments in renewable energies, introduction of new technologies into upstream and downstream sectors, etc., were among key developments in the industry. The reimposition of US sanctions has reversed most of these processes.

It is evident that a decline in Iran’s energy sector will severely undermine the country’s overall economic development, not only because of this sector’s role in generating hard currency revenues but also its function as an engine for technological and industrial development. The reimposition of US secondary sanctions will have a negative impact on two levels: access to Western IOCs as main technology and capital providers, and Iran’s ability to export crude oil and petroleum products. Both these phenomena will restrict the development of the energy sector and undermine the economy as a whole. This article won’t address the Iranian policies to circumvent sanctions on the sale of crude oil, but rather focus on the emerging strategies that will determine the direction of the country’s petroleum sector in the longer run.

In the aftermath of the lifting of external sanctions, Iran announced its ambitious plans for the petroleum sector. In early August 2017, while presenting his plans for the second Rouhani term to the parliament, Petroleum Minister Bijan Namdar Zanganeh outlined a long list of plans, including oil production increase, improving the recovery rates, renovating the industry, completing the value chains in the petrochemical and refining subsectors as well as technological upgrades in the industry. It was estimated that Iran would require a total of $200 billion in new investments within five years — more significant than capital injection, Iran would have required new technologies to achieve these objectives. Therefore, the ideal scenario for the country was to attract large Western IOCs that could offer investment as well as technologies across the board.

The signing of a major agreement with a consortium led by France’s Total S.A. in July 2017 included the key features that outlined Iran’s strategy, i.e., attract a Western IOC to control and operate the project, encourage the IOC to establish a consortium with an Eastern and an Iranian partner, in this case with the China National Petroleum Corporation (CNPC) and Petropars, respectively. Incidentally, the same way, the mentioned consortium embodied an approach, its collapse can also be seen as shaping the alternative approaches. In fact, the agreement had foreseen that in case of a withdrawal by Total S.A., its share would be transferred to CNPC, which would then be the project operator. However, an unforeseen dynamic was the fact that CNPC also withdrew from the project. In the meantime, even Russian companies, such as Zarubezhneft, have withdrawn from their Iran projects.

This means that Iran’s choices to award projects to IOCs are very limited. Apart from a number of state-owned Russian and Asian companies, none of the international companies will risk engaging the Iranian market as long as US sanctions are in place. This means that the Ministry of Petroleum will have to rely on its own companies, such as NIOC, Petropars, OIEC or a number of domestic engineering companies that have emerged to be prime contractors. These companies rely on indigenous technology, their learnings from previous joint ventures with IOCs and the available pool of small- and medium-sized technology partners that may be prepared to work in Iran despite sanctions. They also have limited resources to invest. This means that the Ministry of Petroleum will have to provide the financial resources — potentially by issuing domestic bonds — and also lower its technological expectations in its planned projects.

This is not the first time that the country’s petroleum sector has to deal with the withdrawal of Western IOCs from the market. Between 2008 and 2015, most of the IOCs that had engaged in Iranian projects withdrew from Iran in response to harsher nuclear-related sanctions. That exodus had a severe impact on the progress of the sector, but it compelled Iran to build domestic capacities to address its needs, especially the development of the natural gas sector. Fact is that the Iranian gas sector is still benefiting from the technologies that were indigenized between 1997 and 2008. In 2017, the country produced 223.9 billion cubic meters of natural gas — a capacity that has further increased in 2018. Production in the country’s largest gas field, South Pars, has recently surpassed the daily production of 600 million cubic meters. Such capacity-building will continue in both oil and gas production. However, it will lack the state-of-the-art technology that Iran was hoping to receive from Western IOCs. In other words, the petroleum sector will advance, but at a slower pace and with a lower level of technology. In some cases, the needed equipment will be difficult to source on the international market, which will undermine progress, but not stop it.

Another important strategy will be to increase the domestic production of petroleum products and promote their export. The fact that Iran produces different grades of crude and gas condensate as feed for its refineries facilitates the production of diverse petroleum products. However, the refining sector will face a similar challenge, i.e., it will mainly be driven by domestic contractors relying on smaller foreign companies as technology partners. In the medium term, this strategy will shift exports from crude to petroleum products. Experts agree that it is more challenging to sanction the sale of petroleum products that can be exported to diverse customers in the immediate region as opposed to sanctioning the export of crude oil.

Iran’s peculiar energy consumption patterns offer another opportunity that the government will seize upon. In per capita terms, Iran has one of the highest levels of energy consumption in the world. It has already been established in Iran that it is cheaper to save a barrel of oil than to produce one. Therefore, Iran has already embarked on a strategy to increase energy efficiency to improve the overall energy balance. If energy efficiency projects along the utilization of renewable energies are implemented successfully, Iran can enhance its ability to export oil and gas without increasing actual production capacity.

Essentially, Iran’s response to the new situation will be to build domestic capacities and develop the various subsectors. The advantage of the above objectives is that all are feasible with smaller technology providers. Domestic companies will address some technical challenges through foreign partners, but the key bottleneck will be financing of projects for which the government will have to develop solutions. Some plans — such as production of liquefied natural gas — that require more complex technologies will be shelved for the time being. The ultimate effect will be a slowdown of the country’s ambitious plans, gradual capacity-building and a more efficient energy balance in the medium to long term. This trend will deprive the country of a significant segment of its wealth in hydrocarbon resources, but it won’t lead to a downfall of the sector or to a collapse of the economy as a whole.