The appointment of Bijan Namdar Zanganeh as petroleum minister brings hopes and expectations for overdue reforms. 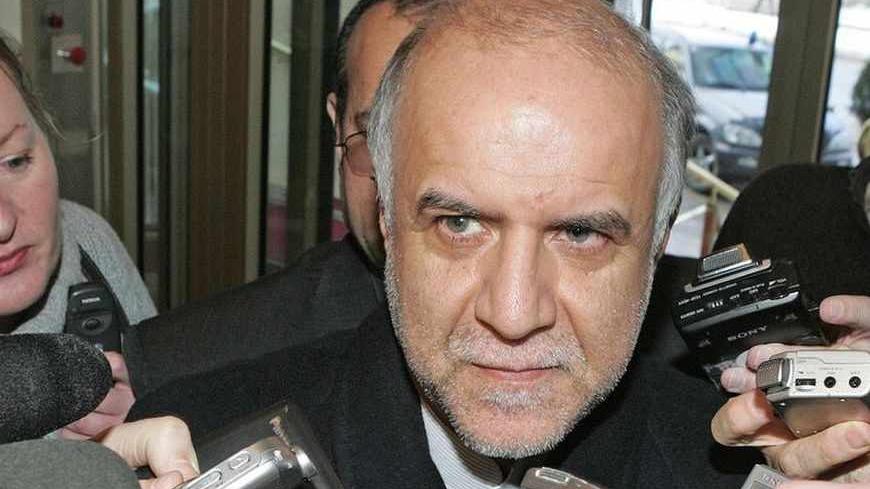 Bijan Namdar Zanganeh is known as the “sheikh of ministers” in Iran. Before 2005, he served a total of 22 years in ministererial positions, first as minister of construction jihad in Mir Hossein Mousavi’s government, then as minister of energy (water and power) in Akbar Hashemi Rafsanjani’s Cabinet, and later as minister of petroleum in Mohammad Khatami’s administration. His departure from the ministry of petroleum in 2005 was accompanied by allegations by President Mahmoud Ahmadinejad that the country was ruled by an “oil mafia,” an allegation that Ahmadinejad could not make stick in his eight years in office.

The return of Zanganeh as petroleum minister under President Hassan Rouhani has been welcomed by industry players and experts alike after years of mismanagement under Ahmadinejad. When one looks at Zanganeh's past performance, one finds that he actually had important achievements during his previous term as petroleum minister (1997 to 2005): attracting foreign investors, especially European companies; expanding the gas sector and increasing the role of gas in the domestic energy basket (freeing up oil for export); enlarging the petrochemical sector; and developing local companies to become prime contractors in the upstream sector (OIEC, Petropars, Pedco, and so on).

One should not forget, however, that Zanganeh’s previous terms were not free of tensions and concerns. In 1997, Zanganeh had been viewed as a political appointee and was rejected by the industry’s managers, and especially by the industry veterans based in Ahwaz, who considered him an “outsider.” Zanganeh was criticized as having installed his own team, also viewed as outsiders, in key positions. It thus came as no surprise that Zanganeh issued a statement on his first day back at the Petroleum Ministry, addressing all the “honorable managers and staff of the petroleum industry,” thanking the ministry body and offering to closely collaborate with them. Zanganeh also announced that increasing the country’s oil production would be his top priority, an effort for which he will certainly need the cooperation of industry veterans in Ahwaz.

Managing intra-organizational tensions will be Zanganeh’s easiest challenge in light of three other facts — external sanctions that have undermined production and exports performance in the petroleum sector; widespread corruption and mismanagement in many of the companies and divisions emanating from the Ahmadinejad years; and the Majles Commission on Energy, which is led by former petroleum minister Massoud Mir Kazemi, who has assumed the role of Zanganeh’s main opponent in the parliament.

Dealing with the negative impacts of sanctions will evidently need to be his main priority. To address the lack of foreign investment and technology, Zanganeh will adopt two approaches: On the one hand, he will return to his “energy diplomacy,” whereby his ministry will utilize oil and gas opportunities to help the government achieve its foreign policy goals. For example, in 2000, when Iran discovered the largest onshore oil reservoir (Azadegan), Zanganeh’s ministry presented that project to Japanese investors as a way of encouraging Japanese companies to lobby their government for better relations with Iran. It is expected that Zanganeh will try to use oil and gas opportunities as a means to compel international companies to work against the existing sanctions regime as well as to once again lobby for better relations with Tehran. On the other hand, Zanganeh will address the shortcomings in the legal aspects of operating in Iran and improve the contractual and operational structures so that companies that are not affected by Western sanctions, such as Asian companies, will engage the Iranian market more aggressively.

As for the second challenge, corruption and mismanagement, Zanganeh will need to rid the ministry of appointees who have been proponents of nepotism and the selective awarding of contracts. Some sources indicated that he has already initiated a wave of replacements. Furthermore, the Ahmadinejad government marginalized some of the leading private sector companies, in one case, the president personally annulled the legal transfer of a state-owned company, Petro Iran, to a private sector entity, Energy Dana, to impede the empowerment of such players. In the meantime, private companies have become more capable through experience in regional markets and could help rehabilitate the sector to some degree. Zanganeh would be well advised to utilize this expertise in the coming years.

The third challenge, anticipated tension between the new minister and the Majles Commission on Energy, is more manageable, though it will be a headache for Zanganeh. Kazemi had been one of Ahmadinejad’s ministers, but the vote of confidence for Zanganeh, 166 out of 283, indicates that the new minister has adequate support in the legislature. He may, however, face parliamentary impeachment, which requires only 10 signatures to be initiated, at every major decision, a trend that could well irritate Zanganeh.

An additional challenge facing the Petroleum Ministry will be trying to keep petroleum sector experts from leaving the country. Iran has the oldest petroleum sector in the region and an established set of higher educational facilities that produce engineers and other experts for the industry. Nonetheless, the deteriorating socioeconomic conditions over the past few years and the decline in the petroleum industry in Iran have compelled many experts to leave and join regional and international companies. Iran’s own development, however, requires these experts, so Zanganeh’s team must develop schemes to retain them and to provide them incentives and opportunities at home.

One phenomenon that may help Zanganeh in this process is that the country’s gas sector will grow. In fact, gas production will increase despite sanctions because of the projects that are coming onstream over the next few years. In the process of transforming Iran into a hub of gas-based industries, Zanganeh will rely on one of his former deputy ministers, Mohammadreza Nematzadeh, the new minister of industry and trade. Nematzadeh has played a significant role in the promotion of the Iranian petrochemical sector as well as in the transformation of the country’s refining industry. These two experienced ministers now have an opportunity to collaborate to turn Iran into a major center for gas-based industries, including steel, aluminum, cement, and petrochemicals. Such a development will help Zanganeh attract foreign investors to so-called integrated gas projects, that is, projects that involve upstream (development of gas) and downstream projects.

There is no doubt that Zanganeh faces an uphill battle in addressing the challenges of the Iranian petroleum sector. He is experienced, however, and also trusted by the key players in the industry. If he returns some of Iran's experienced industry managers to key positions, he will generate positive momentum, even in the face of external sanctions.