Turkey's president is set to visit Russia, Kuwait and Qatar to seek a resolution of a crisis Turkey fears could engulf the region. 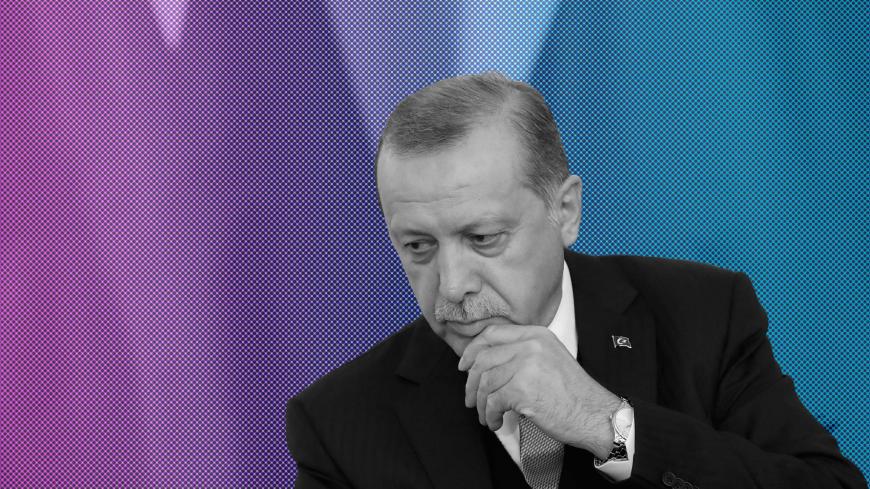 Turkish President Recep Tayyip Erdogan will travel to Russia, Kuwait and Qatar next week to press for a more robust diplomatic response to the escalating crisis between Iran and Saudi Arabia that Turkey fears could unleash chaos throughout the region.

Moscow, which has long enjoyed close cooperation with Tehran, has also sought in recent months to improve ties with Riyadh. Kuwait’s neutral foreign policy has allowed it to push for a resolution of the months-long rupture between Qatar and Saudi Arabia.

Turkish newspapers said Erdogan will seek support for a solution as long-simmering tensions between Sunni Saudi Arabia and Shiite Iran threaten to erupt into a full-blown confrontation. Saudi Arabia accused Iran of an act of war following a missile strike from Yemen on Riyadh over the weekend. Iran denied launching the missile, which was intercepted.

Yemen and Syria are theaters of proxy wars between Saudi Arabia and Iran. Iraq and Lebanon are political battlefields and Saudi Arabia, joined by the UAE, Egypt and Bahrain, cut diplomatic ties with and imposed a blockade on Qatar in June, accusing it of supporting terrorism and cozying up with Iran.

Turkey has sought to maintain ties with both Tehran and Riyadh, though those relationships are beset with their own challenges: Turkey and Iran back opposite sides in Syria and Iraq, and Saudi Arabia and Turkey diverge over the Muslim Brotherhood, with which Erdogan’s ruling Justice and Development Party sympathizes but Riyadh views as an existential threat.

Erdogan’s role in trying to ease hostilities between the Middle East heavyweights may be limited.

“Turkey is not at the center of this regional power struggle. It’s unclear how effective the president’s talks will be, how he can act as a mediator in a practical way when the misunderstandings between Saudi Arabia and Iran are so deep and likely to last a long time. It’s not possible to resolve this by merely changing perspectives or through persuasion,” Selim Koru, an analyst at Ankara’s Economic Policy Research Foundation of Turkey, told Al-Monitor.

Erdogan has already sought and failed to mediate a resolution of the standoff between Saudi Arabia and Qatar, Turkey’s closest ally in the Gulf.

But Turkey’s historical position in the region — a likely reference to the former Ottoman realm that included much of the Middle East — means it can secure peace, reported the Star newspaper, which is close to the government. Ankara has repeatedly warned that regional conflict would only harm the Islamic world, it said.

Other pro-government outlets went further, saying the regional dispute actually targets Turkey. The UAE, which wields influence over Saudi Crown Prince Mohammed bin Salman, is an “enemy of Turkey” who supported a failed military coup against Erdogan and terrorist groups against Turkey, according to Yeni Safak.

The arrests of dozens of Salman’s rivals, as well as recent reforms apparently intended to make the kingdom’s strict brand of Islam more moderate, has unnerved Turkey’s Islamists, who see it as part of a wider US-backed plot to remake the Muslim world, columnist Semih Yildiz wrote for Al-Monitor.

“We hope that a process that will contribute to Saudi Arabia’s peace will occur here,” said Ibrahim Kalin, Erdogan’s spokesman, revealing little on Turkey’s stance on the developments.

“Media and ideologues close to the government are very outspoken about what is going on in Saudi Arabia, and they are not pleased at all. There is an argument that those who have been purged [by Salman] were more supportive of good relations” with Turkey, Koru said.

Turkey has been hemmed in by its “sectarian entanglements,” some former diplomats say, urging the government to return to its traditional policy of neutrality in the Middle East.

“In this environment, what Turkey needs to do is stay out of the Middle East, focus on peace at home and keep relations with the West sturdy. However, Ankara is doing precisely the opposite of all three,” wrote Asli Aydintasbas in a column for Cumhuriyet.

Turkey’s relations with the United States have sunk to new lows, with Erdogan repeatedly implying that Washington is plotting against him. But Prime Minister Binali Yildirim meets Vice President Mike Pence on Thursday as the NATO allies look to heal the fractured relationship.

US President Donald Trump’s support for Saudi Arabia, including a tweet he sent out praising the arrests, is part of his pressure campaign on Iran, which he accuses of supporting terrorism and violating a deal to curb its nuclear program, wrote Milliyet columnist Verda Ozer.

“We are entering a period in which those who move closer to Iran will be burned. It is now more important than ever for Ankara to start looking at relations with Tehran much more through this balance,” Ozer wrote.