Turkish President Recep Tayyip Erdogan said his visit to the Gulf was mainly about the GCC-Qatar crisis, but analysts indicate Ankara is also trying to curry favor with Saudi Arabia. 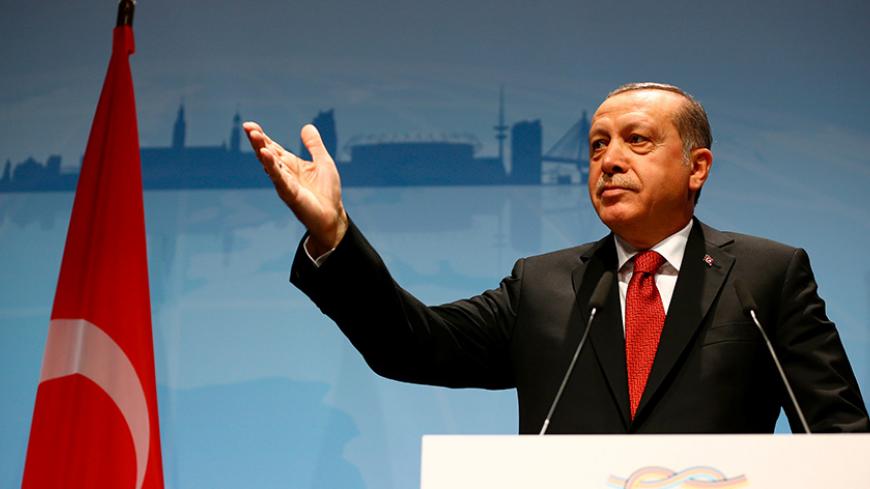 Turkish President Recep Tayyip Erdogan briefly visited Saudi Arabia, Kuwait and Qatar on July 23-24 on a tour billed by the Turkish media as a mediation effort aimed at resolving the Qatar crisis. The tour, which came on the heels of ongoing efforts at mediation by Kuwait and the United States, revealed Ankara’s limited capacity to make a difference in this crisis.

Turkey’s initial desire to act as mediator was dashed when Ankara provided strong backing for Qatar, including sending military forces to that country. Despite insisting that it is neutral, this move ensured that it was not in a position, at least in the eyes of the Saudi-led coalition, to act as mediator.

Egyptian President Abdel Fattah al-Sisi, a key member of this coalition, at one stage even called on the boycott against Qatar to be extended to Turkey, according to reports by The New Arab.

Meanwhile, Kuwait’s efforts, with substantial US pressure on the sidelines, have already produced enough results for US Secretary of State Rex Tillerson to call for the blockade of Qatar to be lifted.

Remarks by Erdogan, prior to departing for the Gulf, also reflected an awareness that there is limited scope for a Turkish contribution to resolving this crisis. “We support the mediation efforts by Kuwait’s Emir Sheikh [Sabah Al-Ahmad Al-Jaber Al-] Sabah,” Erdogan said. “Starting with those by the United States, we find the activities of the international community to be useful,” he added, expressing hope that these efforts will bear fruit.

Erdogan indicated that the main reason for his visit to the Gulf was the Qatar crisis, but there were undoubtedly other reasons behind Erdogan’s high-level talks, especially in Riyadh. One principle reason voiced in diplomatic circles is Erdogan’s need to engage in damage control with regard to Turkey’s ties with Saudi Arabia.

Turkey has been receiving very bad press in that country since the Qatar crisis broke out. Given that the Saudi government strictly controls the media, the views expressed in the media are believed to also reflect official thinking.

Yasin Aktay, a deputy from Erdogan’s ruling Justice and Development Party, who also advises the government on foreign policy issues, has pointed to what he says is “the unfair campaign in the Saudi press against Turkey.”

“No one can claim that this campaign reflects a reaction by Arabs that came about on its own,” Aktay wrote in his column for the pro-government newspaper Yeni Safak.

He claimed that the offensive articles in the Saudi press were “manufactured systematically” from “a center that aims to sow discord and produce hatred of Turkey among Arabs,” but he did not clarify his remark.

Erdogan, who relishes blasting the Western media over unfavorable articles, has remained silent in the face of the media attacks on Turkey, not just in Saudi Arabia, but also in other Gulf states.

Prior to departing on his Gulf tour, Erdogan lavished praise on Riyadh and King Salman bin Abdul-Aziz Al Saud. He told reporters his first stop would be Saudi Arabia, which he referred to as “the region’s big and wise country.”

“As the big brother in the Gulf region, Saudi Arabia has the duty to solve the crisis in the Gulf. As I have said on several of occasions, King Salman heads the list of those who can solve this crisis,” Erdogan said.

While Turkey relies on its vast and growing economic ties with Qatar, it cannot afford to undermine its equally important economic and political ties with other Gulf states, especially at a time when its relations with the West continue to deteriorate.

Ankara is also noting with dissatisfaction how Egypt is making diplomatic headway in the region — for example, in Syria where it is cooperating now with Russia. Egypt is also deepening its dialogue with the European Union with a view to stabilizing the Middle East.

During Egyptian Foreign Minister Sameh Shoukry’s visit to Brussels this week, the EU’s foreign policy chief Federica Mogherini expressed the EU’s desire to be in close coordination with Egypt on efforts to resolve the crises in Libya, Syria and the Gulf.

Tillerson’s recent interventions in the region, which have produced tangible results and defused the crisis to an extent, have also made it easier for Ankara to try to smooth the ground with Riyadh.

For instance, Qatar has agreed to sign a memorandum of understanding with the United States on monitoring the flow of terrorist financing, prompting Washington to call on Riyadh, its key partner in the Gulf, to lift the blockade on Qatar. Ankara wants the blockade lifted also.

Meanwhile, the Saudi-led coalition, clearly under US pressure, has reduced its list of 13 demands for Qatar to six demands. The new list does not include the condition that Turkey close down its military base in Qatar.

This issue was reportedly not discussed in Erdogan’s talks with Salman or Crown Prince Mohammed bin Salman in Riyadh.

The increasing US involvement in the Gulf could also provide a niche for Turkey to play the role of facilitator in the region, if not mediator, according to a Turkish Foreign Ministry source speaking to Al-Monitor on condition of anonymity.

Despite its backing of Qatar, and the strains that followed this, Turkey continues to have ties with all members of the Gulf Cooperation Council (GCC). It had initiated a “strategic dialogue” with GCC members prior to the Qatar crisis.

Professor Mensur Akgun from Istanbul Kultur University argued that it was wrong to say little had come out of Erdogan’s Gulf tour that was significant. “To start with, Turkey reduced some of the pressure on it that had resulted from being caught between Qatar and Saudi Arabia,” Akgun told Al-Monitor.

Bilhan added, however, that Erdogan’s visit did not clarify why Turkey had sent forces to Qatar at a sensitive time like this, and what their mission there was.

Like other regions in the Middle East, the Gulf states are bracing for the defeat of the Islamic State (IS) in Iraq and Syria, after which the Saudi-Iranian rivalry is expected to peak.

Former German Foreign Minister Joschka Fischer predicted in an article for Project Syndicate on July 21 that the phase after IS will not be marked by peace because of Iran’s increasing influence in the Middle East.

Ankara clearly needs better ties with its natural Sunni allies in the region, starting with Saudi Arabia, in order to promote its interests during that phase. Erdogan’s Gulf tour can therefore also be seen as an effort to advance ties with Riyadh.

Points of divergence, most notably Turkey’s continuing support for the Muslim Brotherhood, still remain an obstacle. It will probably take more than this visit by Erdogan for the key Gulf states to overcome their suspicions of Turkish motives.

Nevertheless, Erdogan’s visit and his talks with Gulf leaders showed that they cannot ignore Turkey either.