New legislation could violate the JCPOA by impeding aircraft sales to Iran. 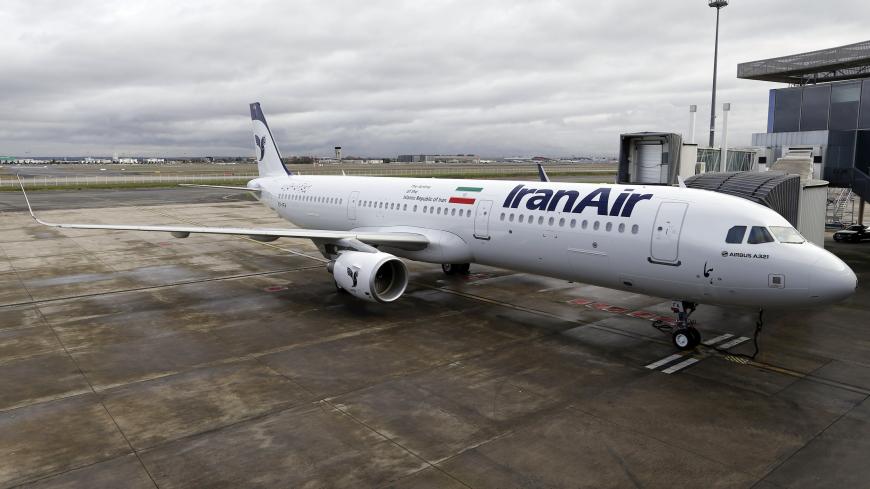 An Airbus A321 painted in Iran Air's livery rests on the tarmac as the company takes delivery of the first new Western jet under an international sanctions deal in Colomiers, France, near Toulouse, Jan. 11, 2017. - REUTERS/Regis Duvignau

As Congress moves to ratchet up pressure on Iran, a key House panel today approved a bill that could run afoul of the 2015 nuclear deal.

The Strengthening Oversight of Iran’s Access to Finance Act would make it much more difficult for Iran to purchase commercial aircraft from firms that do business in the United States. Iran’s ability to replenish its aging civil aviation fleet, which was depleted by decades of sanctions, was a key incentive for Tehran to sign onto the Joint Comprehensive Plan of Action (JCPOA).

The House Financial Services Committee voted to advance the bill 38-21 today, paving the way for the full House to vote. All of the Republicans on the commitee voted yes, joined by only five Democrats.

“Iran would view [the bill’s] enactment into law as a breach of the JCPOA,” Kenneth Katzman, an Iran expert at the Congressional Research Service, told Al-Monitor. “The agreement contains a clear US commitment to undertake such sales to Iran.”

The bill, introduced by Rep. Roger Williams, R-Texas, does not outright ban the sale of commercial aircraft to Iran. But it imposes reporting and certification requirements that could well prompt the Treasury Department to cease issuing licenses allowing for such sales. Iran Air, Tehran’s state-owned civilian airliner, has been the largest benefactor of US and European jetliner sales since the deal was signed.

Williams’ bill requires the secretary of the Treasury to certify to Congress that any licenses to sell commercial aircraft to Iran do not pose a money-laundering or terrorism risk. The licenses also must not benefit any Iranian person who “knowingly provided transportation services or material support” for Iranian individuals designated under US sanctions. Although the legislation allows the Treasury Department to continue issuing licenses even if transactions don’t meet the bill’s certification criteria, advocates of the deal fear that the political ramifications of doing so would be too high.

“My take on this bill is that if implemented the way I kind of expect, it probably would violate the JCPOA,” Richard Nephew, who was the lead sanctions expert for the US negotiating team with Iran under the Barack Obama administration, told Al-Monitor.

“The way I read this is if there’s anyone on the [Treasury sanctions list] who has ever flown on an Iran Air plane, that makes it possible to sever the license,” Nephew said. “Just because a terrorist flies on United [Airlines], we don’t typically sanction United for those sorts of things.”

The Obama administration approved licenses for Boeing and Airbus, a European company, to sell commercial planes to Iran Air in late 2016. In April, Boeing also signed a $3 billion agreement for 30 jets with Aseman Airlines, another Iranian firm, which requires a new license from the Trump administration. Additionally, Airbus made a deal to supply Iran Air with 73 more planes in June, pending a new license. (Although it is not a US company, Airbus requires a license from the Treasury Department because its planes use US parts). The Donald Trump administration has yet to issue new licenses for civilian aircraft sales to Iran.

Although the sale of commercial aircraft to Iran is specifically addressed in the JCPOA, Williams insists his bill is strictly related to Iran’s non-nuclear activity and therefore does not violate the agreement.

“What this legislation does do is to provide Congress with the implications of these deals so that we can better understand their impact on the integrity of our financial system,” the congressman added.

Williams noted that the Treasury Department sanctioned Iran Air in 2011 for shipping military equipment to support the Bashar al-Assad regime in Syria, only to remove the designation as part of the nuclear deal. Mahan Air, a privately owned Iranian airline company, however, remains under US sanctions for alleged similar activity.

“The bill before us today would entangle the administration with a new unilateral certification requirement in order to carry out current US obligations related to the sale and financing of commercial aircraft under the JCPOA, she said, “but then leave it up to the administration to decide whether or not to pull the trigger on the nuclear deal if the certification [cannot] be made.”

The legislation could also affect licenses for civilian aircraft sales to Iran that are already underway by requiring a certification on every license issued since January 2016. The retroactive requirement for the Boeing and Airbus licenses has raised concerns that the bill might violate the US Constitution.

“We’ve got a constitutional protection against using new law to punish old activity,” said Nephew. He said Boeing and Airbus could sue the US government for damages if the legislation prompts Treasury to rescind the licenses it has already issued.

Katzman also acknowledged that “there could be problems with legislation that essentially operates retroactively.”

Previously, Rep. Peter Roskam, R-Ill., sponsored a more direct effort to prevent the Treasury Department from issuing licenses for aircraft sales to Iran in the form of an amendment to a House spending bill. The Senate, however, did not follow suit.

Even if Williams’ bill passes the House, it would still face an uphill battle in the Senate, where it would need 60 votes to pass.

The partisan debate over the nuclear deal is also carrying over to bills that have nothing to do with the agreement.

The House Financial Services Committee today also advanced a bill 43-16 requiring the Treasury Department to publicly disclose the assets and money-laundering activities of sanctioned Iranian officials. The bill’s sponsor, Rep. Bruce Poliquin, R-Maine, argued that his bill would “shed some light on the financial dealings of the top 70 to 80% of military and political leadership in Iran” by requiring the Treasury Department to list the nonclassified findings in Farsi, Azeri, Arabic and English.

Democrats, however, objected as vociferously to Poliquin’s bill as they did to the commercial aircraft bill. Waters urged her fellow Democrats to vote against both bills and argued that the Poliquin bill would divert Treasury and intelligence resources away from implementing existing sanctions on Iran and other countries.

“The bill would not promote US national security interests,” she said. “The bill also does not meet the stated objective of making financial institutions’ required compliance of sanctions more easily understood. If anything, it would … likely create confusion and play into the hands of [Iranian] critics.”