The Rules Committee will set up floor action on the measure on Monday. 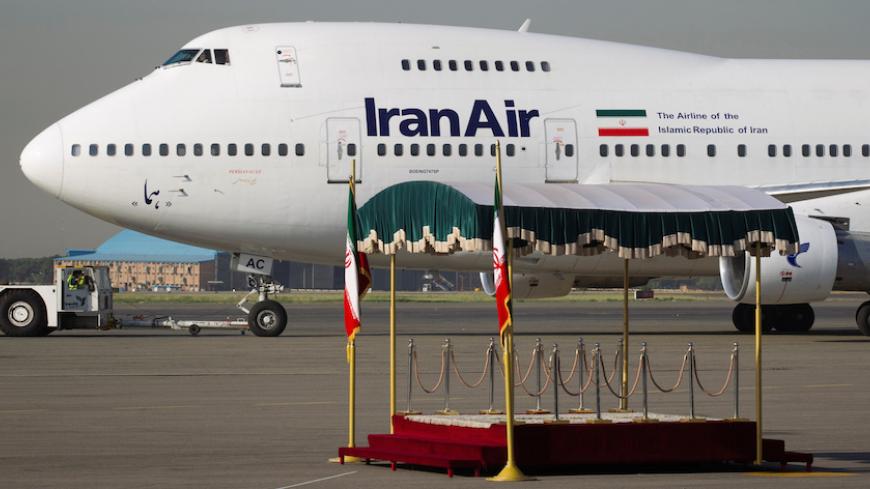 The House Rules Committee has made action on the legislation its very first priority when Congress returns from recess on Nov. 14. The full House could then vote on the bill from Rep. Bill Huizenga, R-Mich., as early as Nov. 16.

“The Obama administration's nuclear agreement with Iran … opened the door for the sale of American-made aircraft to the world's leading state sponsor of terror,” Huizenga, who chairs the committee’s trade panel, said in a statement ahead of a July hearing on the bills. “I am extremely concerned that by relaxing the rules, the Obama administration has allowed US companies to be complicit in weaponizing the Iranian regime."

The Treasury Department granted Boeing a license to export 80 planes to Iran’s national carrier, Iran Air, back in September. The bill under consideration, however, would prohibit the agency from issuing the licenses that US banks would need to finance the transactions; the Treasury Department did not immediately respond to requests for comment.

The Rules Committee further seeks to merge the measure with another bill from Rep. Peter Roskam, R-Ill., that would prohibit the Export-Import Bank from helping to finance deals involving Iran. Both measures cleared the House Financial Services Committee in July and are expected to easily pass the full House, although prompt Senate action remains uncertain.

The nuclear deal with Iran bars US companies from doing business with the country but makes an exemption for civilian aircraft and parts, in what has been described as a humanitarian gesture to replace antiquated passenger aircraft that are falling apart. Critics, however, say Iran has been known to use its civilian airlines to ferry military personnel and weapons, notably to Syria.

The congressional moves come as Boeing and Airbus appear to be finalizing massive aircraft sales. Iranian Minister of Roads and Urban Development Abbas Akhoundi told local media this week that representatives of the two companies have been making frequent visits to Tehran to put the last touches on the texts of the deals, according to travel industry news site eTurboNews.

“Iran is trying to secure the maximum … transfer of technical expertise in the texts of the deals,” Akhoundi was quoted as saying. ”And this in the aviation industry concerns a certain percentage of maintenance operations or even the production of certain parts.”

President-elect Donald Trump has said he wants to renegotiate the deal with Iran, which he has called “disastrous.” Some deal advocates have floated an improbable proposal to have the Obama administration grant more export licenses to US businesses in its final days to appeal to the businessman in Trump, and the House bills would make such a move even less likely to succeed.