The Donald Trump administration OK’d a $15 billion sale of anti-missile technology to Saudi Arabia after Riyadh moved to buy a rival Russian system. 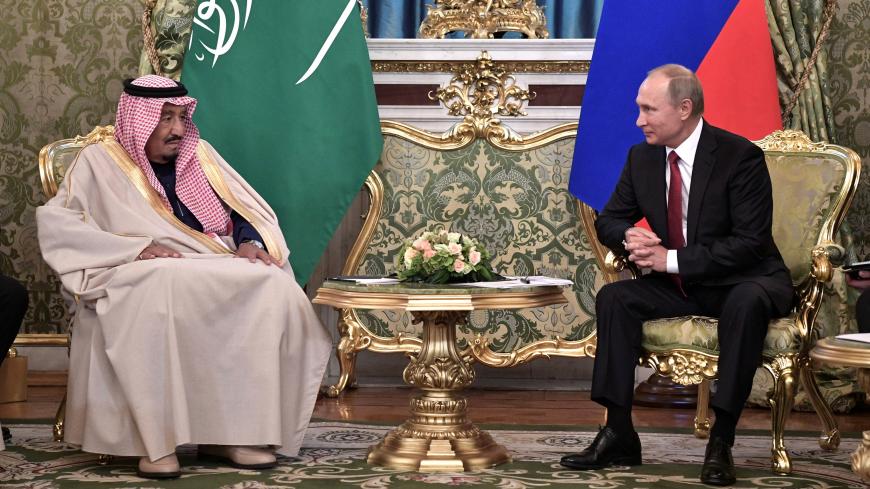 The Donald Trump administration’s approval of a long-delayed, $15 billion missile-defense sale to Saudi Arabia is widely seen as a way to thwart a rival Russian bid.

The State Department announced that it had approved the sale of the Terminal High Altitude Area Defense (THAAD) on Oct. 6, barely a day after the Saudis signed a preliminary deal for Russia’s S-400 system during King Salman bin Abdul-Aziz Al Saud’s visit to Moscow. US experts say the Saudis would have great difficulty operating both.

Deploying both systems would mean “having two maintenance systems that can never cross paths, and having two spare parts pipelines,” said Dave Des Roches, a former Defense Department and White House official who now works at the National Defense University in Washington.

“They would be seriously challenged to employ those two systems simultaneously,” Des Roches told Al-Monitor. “They would have profound institutional challenges in fielding the S-400, THAAD and Patriot [air and missile defense system] at the same time.”

The proposed US sale, which requires congressional approval, covers 360 interceptor missiles, 44 launchers and seven radars. It is part of a $110 billion arms package that Trump announced during his visit to the kingdom in May, most of which has been under negotiation for years.

“In this case, the sense that the US was dragging its feet on THAAD transfers would have been one of the issues driving the Saudi announcement,” Hussein Ibish, a senior resident scholar at the Arab Gulf States Institute, told Al-Monitor. “This would be a direct response.”

The Pentagon has made clear its displeasure about the proposed S-400 purchase.

“The United States and Saudi Arabia have a robust and significant defense trade and military sales relationship,” said Pentagon spokesman Eric Pahon. “We have concerns about the purchasing of the S-400 systems, as we emphasize the importance of maintaining interoperability with US and regional systems on any major defense systems procurements in order to ensure interoperability against common threats.”

A State Department official said the sale “supports the long-term security of Saudi Arabia and the Gulf region in the face of Iranian and other regional threats.” Qatar and the United Arab Emirates have also purchased the system built by US defense firms Lockheed Martin and Raytheon, which is designed to intercept inbound ballistic missiles as they make landfall.

Riyadh already possesses US-made Patriot missile batteries, which it used to shoot down four missiles fired by Iranian-backed Houthi fighters in Yemen in March. But the S-400 would offer more flexibility, defense experts say, and can be operated with interceptors that can shoot down long-range missiles and military aircraft.