Congressional aides say the Senate Foreign Relations chairman’s threat to block arms sales to the Gulf until the Qatar crisis is resolved could have a wide-ranging impact. 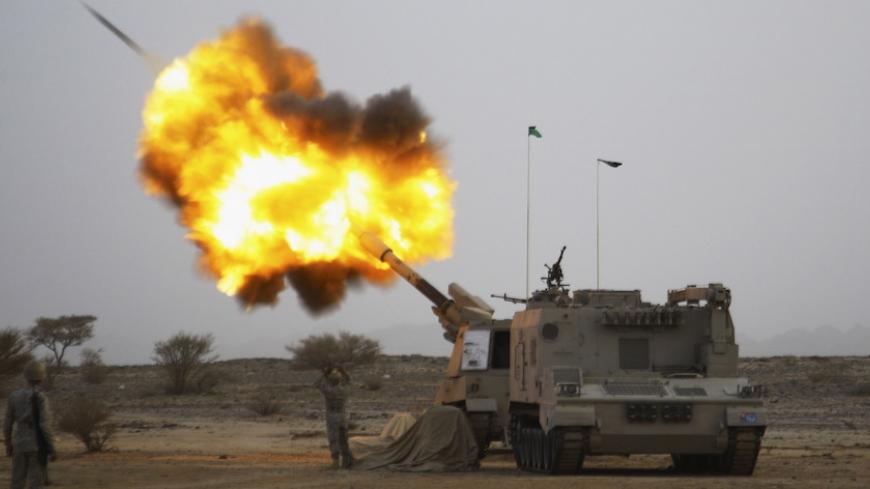 The chairman of the Senate Foreign Relations Committee could be standing in the way of a potential $110 billion arms deal with Saudi Arabia.

On Monday, Sen. Bob Corker, R-Tenn., sent a letter to Secretary of State Rex Tillerson vowing to block future arms sales to Gulf countries pending a resolution to the regional dispute over Qatar. The letter is widely seen as an effort to give Tillerson more leverage as he tries to negotiate an end to the crisis, which began June 5 when Saudi Arabia, the United Arab Emirates, Bahrain and Egypt cut ties with Doha over its alleged support for terrorism.

The hold applies to all lethal arms sales to Gulf Cooperation Council countries that haven’t been publicly or informally notified to Congress. It does not, however, cover a $500 million sale of US precision-guided missiles to Saudi Arabia that was narrowly approved by the Senate earlier this month, but could impact swaths of the $110 billion wish-list touted by President Donald Trump during his trip to Riyadh.

Items that haven’t been publicly notified to Congress but were included in the package include the Terminal High Altitude Air Defense system (THAAD) and 150 Black Hawk helicopters. The package includes letters of interest and intent for weapons sales, which means the buyers and sellers aren’t yet locked into a signed contract.

Corker was in touch with the Trump administration before Monday’s announcement, aides say, but officials would not confirm which agencies were notified. The Defense Security Cooperation Agency, the Pentagon department that coordinates technical and financial assistance to US military partners, would not publicly comment on lethal assistance that hasn’t been notified to Congress.

In fact, what’s telling about the Senate statement, some experts say, is the lack of policy-specific detail it provides.

“It seems to be almost entirely content-free. It takes a pox on all their houses stance,” says Hussein Ibish, a senior resident scholar at the Arab Gulf States Institute in Washington. “It’s kind of a primal scream to say ‘this is bad, stop this.’ What it doesn’t do is to help provide the framework of an American policy.”

It’s not yet clear how Corker’s diplomatic salvo could impact prospects for a deal. State Department spokeswoman Heather Nauert declined Tuesday to give reporters an official assessment as to whether Corker’s letter helped or harmed ongoing talks between Qatar and the other Gulf countries.

Tillerson met with Kuwaiti ministers Wednesday and called for the small Gulf nation to continue its efforts to mediate the dispute. Qatar faces a Sunday deadline to adhere to a series of 13 Saudi-led demands that include shuttering the news channel Al Jazeera and diminishing its diplomatic relations with Iran.

While Saudi Foreign Minister Adel al-Jubeir indicated he approved of Corker’s plan in a conversation with reporters Tuesday, other observers have been less optimistic about the move.

“It isn’t a tool, and it isn’t going to be a tool. It is a statement of extreme distress from the Senate, and a lack of leadership from the White House,” Ibish told Al-Monitor. “It seems to be the case that the State Department wants to play a mediating role but doesn’t have any sort of green light.”

Though Corker’s letter would also cover future US weapons sales to Qatar, it would not include a $12 billion sale of F-15 fighter jets signed earlier this year.

And with Gulf countries involved in ongoing military operations throughout the Middle East — including in Yemen — Corker’s move could still allow flexibility to countries that need fast supplies of arms and ammunition.

“The beauty of this is that this is an informal procedure,” said David Des Roches, a former White House and Defense Department official who is an associate professor at the National Defense University in Washington. “If it looks like the Saudi forces are going to run out of Patriot missiles, and missiles are aimed at Riyadh, it’s a phone call and we’re back to normal. I don’t think it’s Sen. Corker’s intention to strip them. This is a political message that’s sent with a bit of force.”