Intel: Why the US and Saudi Arabia just inked $15 billion missile defense deal 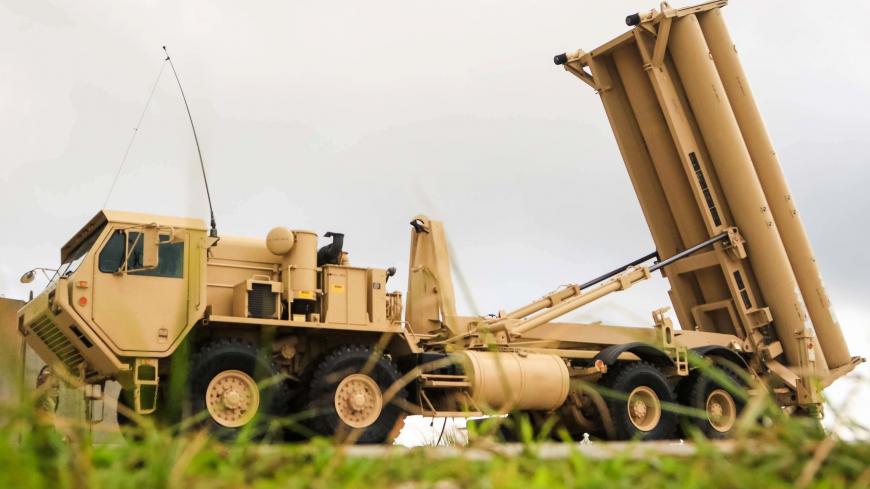 Saudi Arabia has formally agreed to purchase the US-made Terminal High Altitude Aerial Defense (THAAD) system, the State Department confirmed on Wednesday, as the Donald Trump administration tries to stave off pressure from Congress to rein in relations with Riyadh over the spiraling Yemen war and the murder of journalist Jamal Khashoggi.

Why it matters: The $15 billion missile defense system was the centerpiece of President Trump’s announced $110 billion in arms deals with Riyadh on his first overseas trip as commander-in-chief. Signed amid the uproar from Congress, the move shows the lengths that the US administration is willing to go to salvage relations with Crown Prince Mohammed bin Salman, commonly referred to by his initials, MBS.

At a briefing for senators on Wednesday, Secretary of State Mike Pompeo warned that cutting off American support for the Saudi-led coalition fighting in Yemen would push Riyadh toward China and Russia, which the Trump administration identifies as the top threats to US national security. “We want to keep Saudi Arabia in America’s column because the alternative is co-optation by China and Russia,” Pompeo said.

S-400: Saudi Arabia also flirted with buying the Russian S-400 missile defense system, which US officials worry could be used to uncover classified American capabilities. “MBS and Putin have made agreements this year on oil and gas cooperation,” Pompeo said, adding, “Russia is very aggressive in offering S-400 missiles to Riyadh.”

Price inflation: A State Department official said that Saudi Arabia has now inked deals for $30 billion out of the $110 billion of deals outlined during Trump’s 2017 Riyadh trip, such as anti-ballistic missiles, helicopters, tanks, ships, weapons and training. Monday’s deal “marks a step toward protecting the United States and its regional partners from Iranian-origin missiles,” the State official said.

But it’s not yet clear how much of the $110 billion in announced deals will become reality. A State Department spokesman told Al-Monitor when the $15 billion THAAD deal was announced last year that the technical complexity of system had led to a long negotiation.

What’s next: The Trump administration has been pushing Congress to stop holding the sale of US precision-guided munitions to Saudi Arabia and the United Arab Emirates for use in their campaign in Yemen. The announced $110 billion deal also included light attack aircraft, upgrades for Bradley fighting vehicles, as well as tanker and military transport aircraft about which lawmakers have yet to be notified.

Know more: Read Jack Detsch’s latest on how the president trumped up US arms sales to the Saudis, inflating promises that the deals would create hundreds of thousands of American jobs.