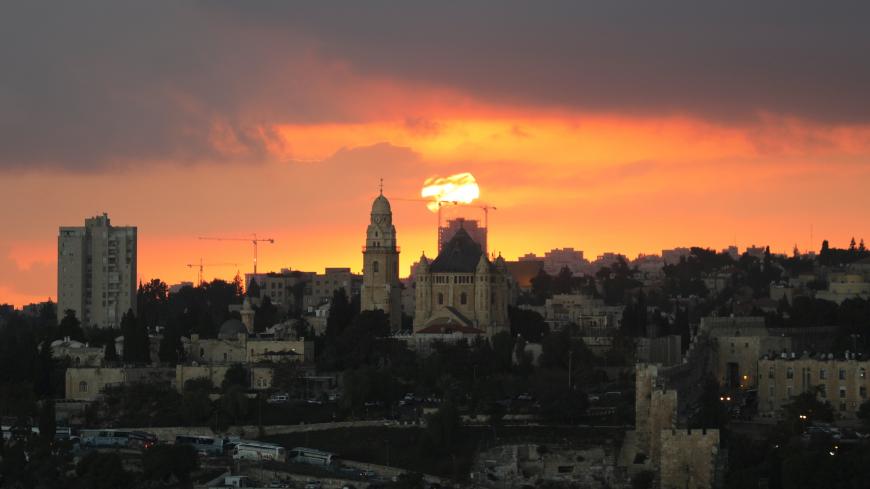 On Oct. 29, the Knesset’s ministerial committee on legislation was scheduled to approve the proposed bill known as the Greater Jerusalem law, which would annex the West Bank settlements of Maale Adumim, Givat Zeev, Beitar Illit and the Etzion bloc settlements (including Efrat) to Jerusalem. Some 150,000 Israelis live in these towns and local councils.

The idea of annexing Israeli settlements adjacent to Jerusalem’s municipal borders in order to increase the city’s population and ensure its Jewish majority has been around for a decade. Back in 2007, Likud Party Knesset member Yisrael Katz put forth a similar proposal, which never took off due to concerns about harsh international and Palestinian reaction.

Concern that Jews will no longer constitute a majority in the Israeli capital within less than a decade — both due to the natural growth of the Palestinians living in East Jerusalem and the negative immigration of secular Israeli Jews from the city — led former Minister Haim Ramon to launch a public movement in February 2016 to “save Jewish Jerusalem.” The group was comprised of a great number of defense experts, academics and activists on the political left and center. Ahead of the annual Jerusalem Day celebrations in 2016, the movement launched an extensive public campaign to warn complacent Israelis that unless preventive steps were taken soon, they would “wake up with a Palestinian mayor in Jerusalem.”

The campaign resorted to various scare tactics, even enlisting a Hamas video clip showing incitement against Jews posted on social networks. However, its seemingly racist overtones led central supporters of the initiative, such as former Shin Bet security agency chief Ami Ayalon, to pull out.

In July, HaBayit HaYehudi Chairman Naftali Bennett tabled a proposed bill of his own — the United Jerusalem law — which he presented for Knesset vote. This proposal was approved already on June 18 by the ministerial committee on legislation. The bill stipulated that a special majority of 80 (out of 120) Knesset members was required to divide the capital into a Jewish western part and a predominantly Palestinian east. The Knesset voted 51 to 42 to approve the bill in its first reading.

However, Prime Minister Benjamin Netanyahu was not to be outdone by his political nemesis Bennett for the title of Jerusalem’s greatest defender, especially after the July fiasco over the metal detectors Israel placed on the Temple Mount compound entrances and was then forced to remove under international pressure. The prime minister decided to back the proposed Greater Jerusalem law authored by a legislator of his own party, Yoav Kish, which had been lying around for months, along with a similar bill proposed by Yehuda Glick, another Likud Knesset member.

Kish’s proposal enjoys the support of Transportation Minister Yisrael Katz, who is considered one of the more dovish and pragmatic Likud lawmakers and a rival of Netanyahu’s, and of Knesset members from HaBayit HaYehudi and the center-right Kulanu Party.

In the introduction to his bill, Kish wrote, “The concept of Jerusalem as Israel’s ‘eternal capital’ has become blurred, lost its symbolic value.” Kish added that instead, the issue of Jerusalem’s standing focuses on demographic elements and Palestinian determination to control Jerusalem and its holy sites. “It is therefore proposed that the communities surrounding Jerusalem be annexed to the capital. This will increase the population and enable the preservation of the demographic balance, and add lands for housing, commerce and tourism while conserving green lungs.”

As mentioned, the ministerial legislation committee was scheduled to approve the bill on Oct. 29 and send it on to the Knesset, where it would likely have garnered a large majority in its first reading. There are few issues more consensual in public Israeli discourse, not to mention the Knesset, than preserving a Jewish majority in Jerusalem. However, 12 hours before the ministers were to convene, the prime minister’s office announced that the vote on the proposed bill was postponed indefinitely. The prime minister had blocked its passage.

“There was American pressure, that’s clear,” a Palestinian source in the West Bank city of Ramallah told Al-Monitor on condition of anonymity. When the Palestinians heard that Netanyahu was about to push forward the “annexation bill,” said the source, they conveyed a message to Jason Greenblatt, President Donald Trump’s Mideast envoy. They told him that the move spells the end of any possible diplomatic initiative with Israel.

The public Palestinian reaction was suspiciously muted. The only senior Palestinian official who publicly expressed anger and condemnation was Hanan Ashrawi, a member of the PLO’s Executive Committee. “It is an irrefutable fact that all settlements are a war crime under the Rome Statute of the International Criminal Court and a direct violation of international law and conventions, including UNSC Resolution 2334,” she said in her statement. However, not even Palestinian President Mahmoud Abbas’ spokespeople spoke out against the legislation except to give laconic answers when asked about it by Palestinian media outlets.

The Palestinian source told Al-Monitor that the Americans asked the Palestinians to keep a low profile in order to allow Netanyahu to pull back from the legislation, saying that quiet diplomacy was the only way to achieve this desired result. The Americans were right.

As one so fearful for his image as the guardian of Jerusalem, Netanyahu would have been expected to ignore the American warnings and to tell them the issue was a domestic Israeli matter pertaining to municipal boundaries and in no way constituted a declaration of sovereignty over parts of the West Bank. Instead, he told his ministers at the weekly Cabinet meeting that the Americans “wanted to understand the essence of the bill. As we have coordinated with them up until now, it’s worthwhile to [continue to] talk and coordinate with them. We are working to advance and develop the settlement enterprise and not to promote other considerations.”