Israeli Prime Minister Benjamin Netanyahu mistakenly thought that by appointing his associates to key positions in the police and the judicial system, he could protect himself from investigations. 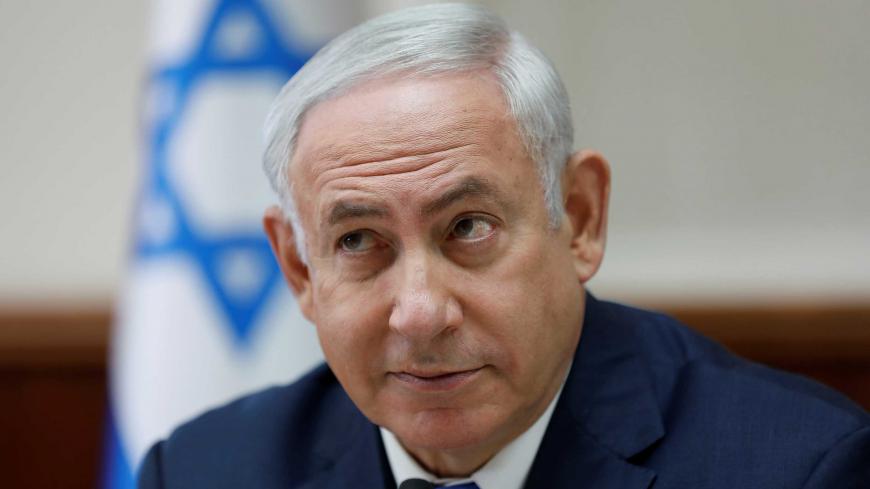 Roni Alsheikh, the general commissioner of the Israel Police, was hand-picked for his position by Prime Minister Benjamin Netanyahu in December 2015. Alsheikh was deputy director of the Shin Bet and a leading candidate to eventually head the security service when Netanyahu steamrolled him into becoming Israel’s “No. 1 Policeman.” Netanyahu’s strategy is to nominate his own people to key positions, especially those positions connected to law enforcement. These appointees are expected to be grateful for their high status and then deliver the goods: keeping things quiet while avoiding pesky inquiries against the prime minister and his family, such as the investigations that Netanyahu was subject to after losing the 1999 elections.

Gen. (Res.) Avichai Mandelblit is the current attorney general. Mandelblit, exactly like Alsheikh, was also pressed into his position by Netanyahu (in February 2016). Mandelblit, formerly Israel's military advocate general, had served as Netanyahu’s Cabinet secretary. This is an overt role of trust, and Mandelblit was a key player in Netanyahu’s intimate bureau. He was also viewed as one of “Netanyahu’s Boys,” those who would enter the tiny shoes of former Attorney General Yehuda Weinstein and others, who succeeded in softening, subverting and rejecting any negative information received by the enforcement authorities regarding the prime minister or his wife.

Today we can say with certainty that this strategy has collapsed. The police commissioner has given his full backing to the reinforced team of investigators from the elite police unit that is advancing rapidly in its investigations of corruption cases 1000 (Netanyahu is suspected of receiving benefits from businesspeople) and 2000 (Netanyahu and Yedioth Ahronoth publisher Arnon Mozes are suspected of planning a deal for positive coverage of Netanyahu). And these cases threaten Netanyahu’s continued rule. Mandelblit was the one who instructed the investigations to begin, and he is the one who is keeping close tabs on them. That includes the dramatic decision to turn Ari Harow, Netanyahu’s former chief of staff, into a state witness against his boss. Mandelblit is supposed to be the one to decide whether to submit a bill of criminal indictment against a sitting prime minister in Israel, for the second time in its history (Ehud Olmert was the first).

On Oct. 14, Netanyahu scathingly attacked Alsheikh and what he called “a tsunami of leaks” from the investigations against him. Netanyahu did not bother to camouflage his actions or use one of his Likud backbencher emissaries. Instead, he himself openly attacked the commissioner.

Simultaneously, one of Netanyahu’s close associates, Knesset member David Amsalem (Likud), announced Oct. 15 that next week he will submit a bill to prohibit investigations on a sitting premier. Now the judiciary has also become a target for Netanyahu’s emissaries. One example is the series of demonstrations that are taking place opposite the homes of retiring Chief Justice Miriam Naor and newly elected President Esther Hayut. Simultaneously on Oct. 15, Netanyahu resuscitated his threat to close down the Public Broadcasting Corporation: He announced the establishment of a parliamentary investigative committee to probe the funding of left-wing nonprofit associations in Israel by foreign entities. Not bad for a day’s work.

Netanyahu’s strategy was copied from that of US President Donald Trump, down to the very small details. Netanyahu creates chaos and initiates unremitting attacks on Israel’s gatekeepers and regulators, with the goal of delegitimizing these bodies that will soon determine his fate. The prime minister’s relations with Mandelblit are very tense. On the condition of anonymity, a source within Netanyahu’s inner circle talked about the “betrayal” of Mandelblit and Alsheikh. He also talked about State Comptroller Joseph Shapira's “crossing of red lines” (referring to Shapira’s report on the government’s decision-making process before and during the 2014 Gaza war). Since Netanyahu believes that all of these people turned their backs on him and betrayed him, he is fighting them with all of his strength: He hopes to draw legitimacy from his popularity, which continues to rise in the Likud and in Israel’s right-wing electorate.

A significant number of Netanyahu’s capricious initiatives will not come to pass; most of them will not even advance to significant stages. Meanwhile, the prime minister achieves his goals: He creates chaos, the perception of disorder and lack of control while masterminding the unfolding events and delivering weekly blows to imaginary enemies, mainly those he labels as left wing. Netanyahu tries to create the impression that shadowy, demonic figures, funded and activated by the left, are trying to bring down a sitting prime minister. “A government can be replaced only at the voting booth,” insisted another associate of Netanyahu, talking on condition of anonymity. In this way they elegantly sidestep the fact that a previous prime minister, Olmert, was deposed due to criminal investigations against him and, ultimately, was even sent to prison.

And by the way, Olmert was sentenced to prison for fraud and breach of trust that revolved around 60,000 shekels ($17,000). Netanyahu is under suspicion for fraud, breach of trust and bribery involving much higher sums of money, but he does not let the facts destroy his strategy. In an era of “alternative truth” and “fake news,” there is no need for real evidence or proven facts. Each camp believes what its leaders tell them. Whichever side that is more determined and aggressive will win. At least that’s what Netanyahu believes.

The coming months will be especially dramatic. The Jewish holiday period that paralyzed Israel’s entire political system throughout the month of September is over. The Knesset’s winter session will begin, and Netanyahu will be summoned in the coming weeks to be questioned under caution another three or four times; this is in addition to the five times he was already investigated. The focus is on his relations with various tycoons and philanthropists, benefits of gigantic proportions that he received over the years, and the negotiations he held with Yedioth Ahronoth’s publisher, involving bribery –– ostensibly.

Netanyahu knows that this is the last stretch of the most important political battle he has ever waged. Based on his behavior in recent weeks, it seems that he intends on fighting to the bitter end. He has no compunctions about leaving scorched earth behind for his successors.