Iraqi women have started operating their own bookstores in different Iraqi cities, challenging the country's book selling industry that has been dominated by men. 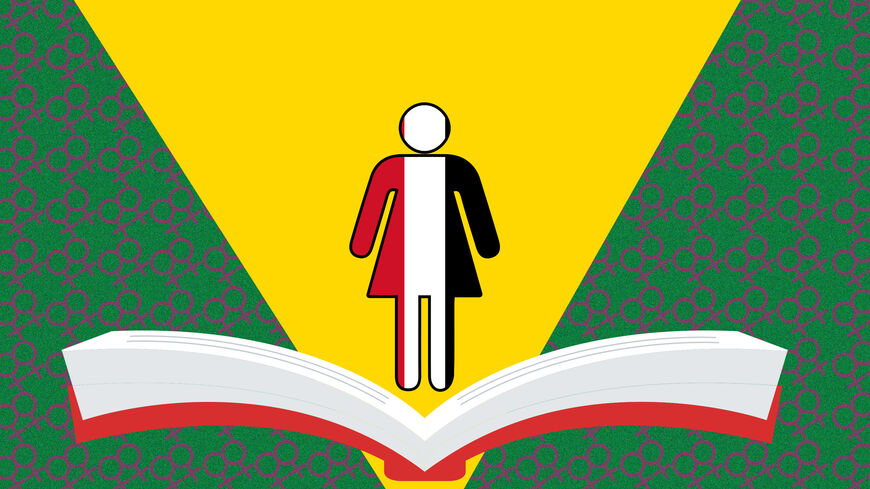 BAGHDAD — With its shelves filled with books by Russian and Italian authors alongside contemporary Iraqi writers, Books Town provides a welcome refuge in Baqubeh in Diyala governorate, which is known for sectarian violence and the Islamic State (IS).

The bookstore, which is a frequent stop for many intellectuals in Diyala governorate, is owned by Tayseen Ameer, a 31-year-old engineer. A woman who runs a bookstore is a rarity in the area but this has not stopped Ameer, who was dismayed that only a few bookstores cater to customers sitting down and reading.

“I wanted to spare local readers the effort of traveling all the way to Baghdad to buy books,” Ameer told Al-Monitor.

She said that she has faced many obstacles since she opened her bookshop in 2016 at the town's commercial center, where most shops and large markets are owned by men. Some of her family members opposed her opening the bookstore, while some people who walked in harassed her, saying she had no business doing a man’s job.

Ruqaiyya Abd Ali, a lawyer who spends her mornings selling books in the well-known Mutanabbi Street, was the first woman to open a bookstore in Iraq. Since February 2015, Abd Ali has been selling books on the sidewalk, rather than in a bookstore, and her visibility as a bookseller has encouraged other women to follow in her footsteps and sell books on the street. “I was surprised with the public and media interest in my business in Mutanabbi Street. I did not even know that I was the first woman to work as a bookseller [in Iraq],” Abd Ali told Al-Monitor, adding that she encourages more women to take up the profession.

Abd Ali, like many of her female colleagues, considers the presence of women in bookselling — a role that has been reserved traditionally for men — a defiance of the traditions and norms that have long contributed to the isolation of women and banning them from being active members of society and taking up employment. “When a woman runs her own bookshop or holds another job, she proves her presence in society and changes the stereotypes that demand her to be invisible," Abd Ali noted.

In Sulaimaniyah, Iraqi Kurdistan, Rengin Jamal, 24, realized her dream in August when she opened a cafe where customers can read and buy books. In Erbil, the Iraqi Kurdish capital, a group of women opened in May the Book Cafe, which is a coffee shop, bookshop and library, all under one roof.

In Babylon, a city located along the banks of the Euphrates River, Atyaf Qays opened Ward (Flowers) bookshop in August. Her bookstore focuses on women as she considers them the “seeds” for a positive future of Iraqi society. She stocks books that may interest female readers and organizes meetings and conferences for women.

Qays faced many challenges in the run-up to launching her business. “Some people accepted my idea of selling books while others did not. However, I’m trying to win over everyone and those who object will not deter me from my goal,” Qays told Al-Monitor, citing instances of harassment and discrimination. ”It is as important to fight against ignorance as fighting against IS,” she said.

Female booksellers are hard to find in the southern governorates, despite cities in the south of Iraq organizing festivals, forums and cultural activities. Tamara al-Attiya is a women’s rights activist from the southern city of Basra who is in the initial stages of opening a bookstore. “The bookshop is not only my business and passion — it is also part of a reformist cultural movement,” Attiya told Al-Monitor.

Attiya’s main aim is to introduce the new generation to the joys of reading, as she is concerned that the sectarian and tribal conflicts and crises are distracting from knowledge and learning.

“The new generation — which is my target audience — is attracted by modern ideas and lifestyles; yet they are stuck in a conservative culture. At the same time they are inspired by Iraq's glorious history of civilization and modern thoughts and ideas,” she said.

Many of the bookstores run by women also sell books online, with sometimes hard to find books delivered to the customer's home.

“Bookstores run by women encouraged me to read and order titles that are considered unsuitable for female readers,” Zahraa Saad, 25, who gained an interest in reading two years ago, told Al-Monitor.