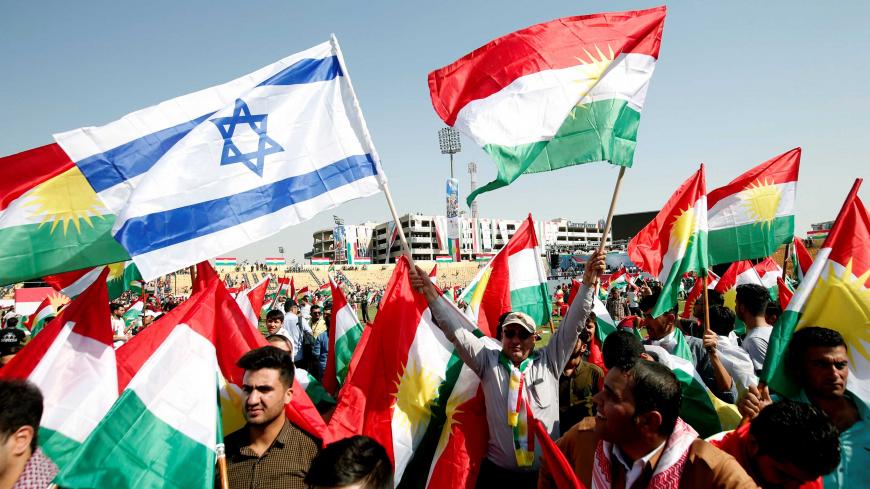 Just four months after accusing Iran of Persian “expansionism” in the Middle East, Turkish President Recep Tayyip Erdogan visited Tehran on Oct. 4 to discuss bilateral cooperation and an expansion of economic ties with the country's highest officials. One of the issues that has recently brought Iran and Turkey closer is the Kurdish independence referendum held Sept. 25 in northern Iraq. The vote poses a challenge to both countries because of their own Kurdish populations.

While in Iran, Erdogan met with the supreme leader, Ayatollah Ali Khamenei, the country's highest authority. Speaking about the Iraqi Kurdistan referendum, Khamenei said, “In confronting this event, Iran and Turkey must take every possible action, and Iraq's government must take serious actions on this issue.” He called the referendum “treason” against the region and a future threat with possible long-term consequences.

Echoing previous remarks by Erdogan, Khamenei said that the Kurdistan referendum was in the first instance to the benefit of Israel and in the second to the United States. He further stated that foreign powers, in particular Israel, want to divert Iran and Turkey's attention from important regional issues and asserted that the Kurdistan referendum would create a “new Israel.” The reference to a “new Israel” made headlines in a number of media outlets, including coverage by Javan, a newspaper linked to the Islamic Revolutionary Guard Corps.

During a press conference with President Hassan Rouhani, Erdogan said, “Both Iran and the central government in Iraq and Turkey have implemented some measures against the Kurdistan region, and from this point forward there will be stronger measures.” Erdogan's reference to “stronger measures” became the top story and headline for the Reformist Shargh Daily. Iran closed its airspace to Iraqi Kurdistan at the request of Iraq's central government in Baghdad, but there was no indication what these stronger measures might entail. Highlighting Israel's support for the Kurdish referendum, Erdogan said, “Any decision taken with Mossad is unacceptable.”

Rouhani also mentioned the Kurdistan vote at the press conference, saying, “We do not want to put pressure on the people of Iraqi Kurdistan, but some of the mistaken decisions taken by some of the leaders of this region have to be addressed. Therefore, the three countries of Turkey, Iraq and Iran have to follow their strategic goals with serious and necessary steps.”

Rouhani and Erdogan touched on a number of other regional and economic issues. “Iran and Turkey, as two Muslim, friendly and powerful countries in the region, are today anchors of stability in a sensitive region,” Rouhani said. To improve economic trade between them, Rouhani said, various border crossings will be open 24 hours a day and additional ones will be opened. He also said that Turkey plans to invest in petrochemicals, tourism and transportation. Erdogan also spoke of strengthening ties between the countries' central banks.

The recent signs of Turkey and Iran growing closer have received a great deal of media attention in Iran given that the two have been on opposite sides of the Syrian civil war, the Middle East’s most deadly war in years. Iran has backed the government of President Bashar al-Assad while Turkey has backed opposition forces. Although the two sides have exchanged harsh words over Syria, they have continued to tend to economic relations.