The reason Tehran is against referendum on Iraqi Kurdistan

Iranian leaders and media have expressed strong opposition to the September referendum on the independence of Iraqi Kurdistan. 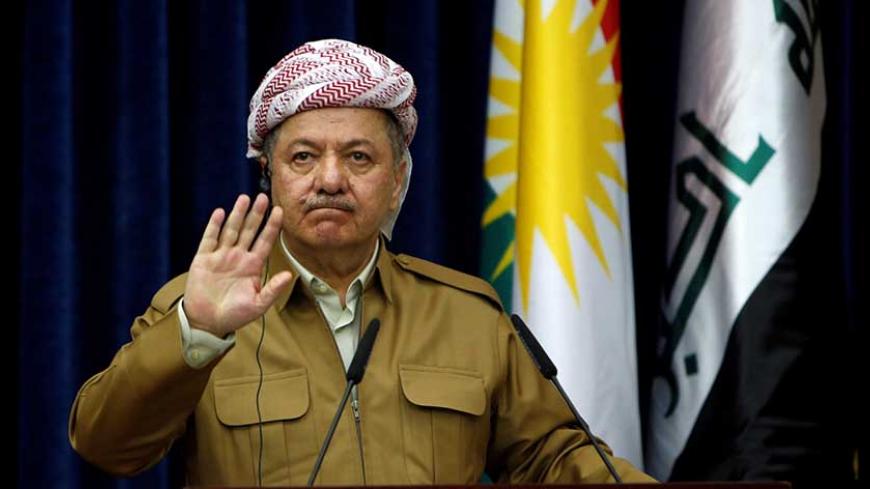 Kurdistan Regional Government (KRG) President Massoud Barzani on June 7 announced an agreement among Iraqi Kurdish groups to hold a binding vote in September that could pave the way for an independent Kurdistan, free of control by the central government in Baghdad. An independent Kurdistan, which would border Iran along a province with a large Kurdish population, poses many challenges for the Islamic Republic. Iranian leaders have been vocal in their opposition to any referendum that would split Iraq.

During a June 20 meeting with Iraqi Prime Minister Haider al-Abadi, Iran’s supreme leader, Ayatollah Ali Khamenei, who has the final say on all state matters, expressed his opposition to the independence vote. “As a neighbor, the Islamic Republic is opposed to the holding of a referendum for the separation of a part of Iraq,” Khamenei said. Those who are pushing it are “opposed to the independence and identity of Iraq,” he added. “Iraq, with its roots and historical and cultural civilization, must remain integrated.”

In a meeting with Abadi on June 21, parliament Speaker Ali Larijani, discussing the goals of extremist groups such as the Islamic State, warned against the disintegration of Iraq, which he said is something that Israel also seeks and something “which will have no benefit for any part of Iraq.” Larijani further said, “Confronting the disintegration of Iraq is very important. We see this as a dangerous thing for all of the nations, and those countries that support it will also be impacted by it.”

On June 10, Foreign Ministry spokesman Bahram Ghassemi, explaining Iran’s opposition to the referendum, said that during this “complex time for Iraq and the region,” there are some who seek the continuation of instability in Iraq. “An integrated, stable, and democratic Iraq will guarantee the interests of all the people of the country,” Ghassemi said.

There has also been a great deal of analysis in the Iranian media in opposition to the referendum. A June 20 article in the conservative Mashregh News said the referendum is not just an Iraqi issue. “Some domestic issues for a neighbor, given its links to other areas, cannot be interpreted as solely a domestic issue,” the article read. It said that while Iran has friendly relations with the KRG, such a referendum “at this time will cause political and security instability … because of the international nature of Kurdish issues.” The process of independence for Iraqi Kurdistan, the article said, could impact the situation of Kurds in Turkey, Iran and Syria. This, it argued, could cause additional instability in the region. Iran’s Kurdish regions, like those in Turkey and Syria, have experienced periods of violence. The June 7 Islamic State attack on Tehran was led by an Iranian Kurd.

A June 11 article run by the Tasnim News Agency said Iraqi Kurds are falling for a “colonial plot” to break up Iraq. The article also warned that the same could happen to Syria. Most Western countries, however, including the United States, oppose the referendum and have stressed the importance of maintaining a unified Iraq.

An Eghtesad News article wrote that the only country in support of the referendum so far is Israel. It cited June 12 comments by former Israeli Interior Minister Gideon Saar urging Israel and the United States to back the referendum. Saar said that Jews and Kurds are both minorities in the region and that the Kurds have proved they can be “strategic and reliable partners.” In June 2014, Israeli Prime Minister Benjamin Netanyahu said he would support an independent Kurdistan.