Hasm claims embassy bombing in Cairo, may be looking to expand

The Hasm movement in Egypt has been behind attacks against figures close to the regime, but since it said it perpetrated the Myanmar Embassy attack in Cairo, authorities are looking at the group's potential to grow. 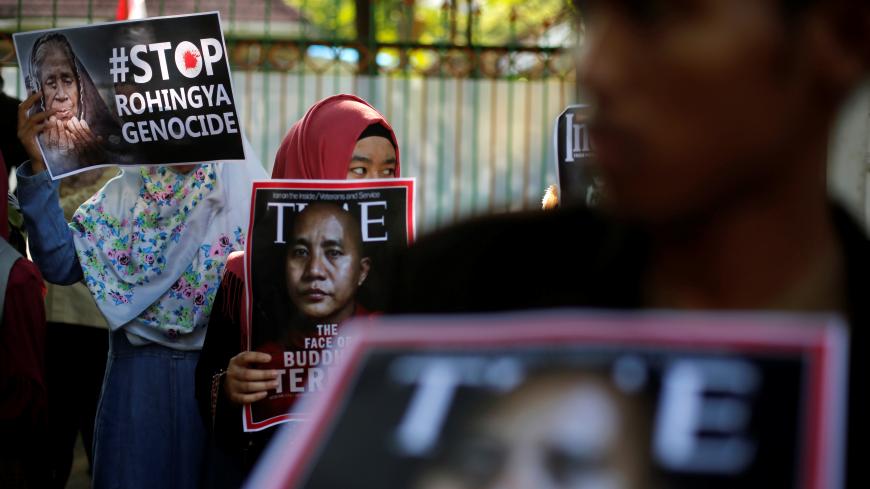 Muslims demonstrated outside the embassies of Myanmar around the world last month to protest the treatment of the Rohingya Muslim minority by the Myanmar government; this protest took place in Jakarta, Indonesia, on Sept. 15, 2017. Two weeks later, on Sept. 30, an explosion went off outside Myanmar's Embassy in Cairo. - REUTERS/Beawiharta 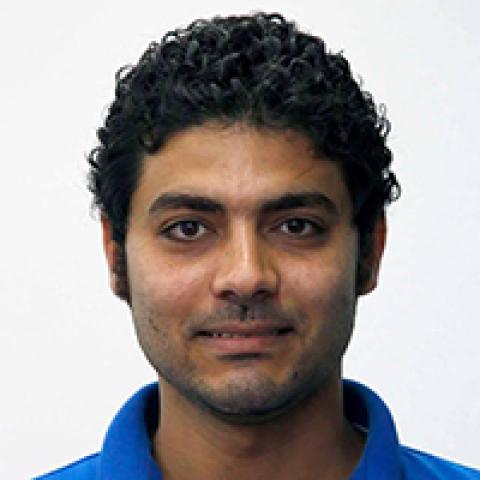 Since the Hasm militant movement claimed responsibility for the Sept. 30 explosion at Myanmar's Embassy in Cairo, officials are wondering if the group plans to expand beyond its mainstay target of Egyptian authorities.

The movement so far has been a relative minor league player among jihadi ranks, but could be looking to move up alongside international terrorism groups.

Hasm has claimed responsibility for several assassinations and bombings targeting Egyptian authorities since its rise. In August 2016, the movement carried out a failed assassination attempt against Egypt's former grand mufti, Ali Gomaa, wounding his bodyguard. Hasm’s first known operation was the July 2016 assassination of Maj. Mahmoud Abdel Hamid, chief of investigations in Tamya.

There are reasons to suspect the movement is connected to the Muslim Brotherhood. Hasm planted a car bomb in November 2016 against Ahmad Abu al-Fotouh, a judge in the 2015 trial of Brotherhood member and ousted President Mohammed Morsi. Fotouh survived, but two of his bodyguards and a deliveryman were killed.

Egypt is investigating 17 incidents for which Hasm is blamed, including the assassination of army and police officers, judges and public prosecutors.

Egyptian authorities say the group's central command is headed by Ahmed Abdul Hafiz, who lives in Turkey. They believe the group is being aided by three Brotherhood leaders — Ali Bateekh, Magdy Shalash and Mohammed Abdul Hadi — but there is no conclusive evidence proving ties between Hasm and the Brotherhood.

However, as both groups' approaches and philosophies are similar, there is speculation that Hasm was formed by rebels who defected from the Brotherhood organizationally but who retain its influence.

Before its Twitter account was blocked, Hasm posted a statement comparing the practices of the Myanmar government against the Rohingya Muslims with measures Egyptian authorities take against government opponents, especially in Sinai, which the movement describes as home to “the authorities of the military coup” against Morsi.

So does Hasm’s claimed targeting of the embassy indicate that it's entering a new phase and becoming a transnational organization like al-Qaeda and the Islamic Jihad? Does Hasm have the ability and public base to go through with such a shift? Officials have yet to even acknowledge Hasm was involved in the explosion.

An Interior Ministry security source told Egypt's El-Watan newspaper Sept. 30 that the embassy explosion was due to some combination of a cigarette, volatile fumes from old construction materials and a nearby gas pipe. However, two security sources told Reuters that traces of explosives were found at the scene. Hasm said in a statement that it had used "utmost caution to ensure that there were no civilian casualties or innocent people [hurt] during the operation, or else you would have seen a burning hell you could not have stopped."

Salah al-Din Hassan, a researcher on Islamist movements and former editor-in-chief of Al-Bawaba newspaper, told Al-Monitor, “Despite the significance of Hasm's claiming responsibility for the Myanmar embassy attack, it does not forecast the movement’s ability to execute operations abroad. But the [group's] development might be in attacking the interests of states that Hasm believes oppose Egypt. This new development heralds globalized operations in a message whose main aim is to show the movement as a force of solidarity with Muslims around the world, amid injustice to the Brotherhood.”

Anas al-Kassass, a strategic and international affairs analyst, told Al-Monitor, “Talk about armed shifts within the Brotherhood must be dealt with seriously for objective reasons related to the [Brotherhood's] fluctuating ideological and religious authority since its establishment in 1928.”

He added, “These groups … did not exist in themselves, but were born as a reaction [against the regime], leaving limited repercussions because of their lack of vision. Besides, they do not have an organizational culture allowing them to cope with the variables around them, be they political, economic, ideological or technological. … The Hasm movement cannot turn into a transnational group."

Regarding the prospect of confrontations between Hasm and Egyptian security, Hassan said, “The security forces in Egypt succeeded in eliminating organizations like the [now-defunct] Soldiers of Egypt and the Popular Resistance, which were fruits of jihadism, and they are now up against groups branched from the Brotherhood. These groups have more stamina because they are affiliated with the Brotherhood, which has a wide popular and social base, and it is generally a large Islamist current. Historically, organizations emanating from the mother Brotherhood group split from it and form separate groups that have their own distinct character.”

The Soldiers of Egypt (Ajnad Misr) disbanded after Egyptian security killed its leader, Hamam Mohammad Atiya, in April 2015. Many members are now on trial, and 13 were sentenced to death this month. The Popular Resistance was formed in August 2014. The movement claimed responsibility for several operations, and Egyptian security still arrests some members from time to time.

Hasm has taken steps that might push the United States and other countries to designate it as a terrorist group, given that its operations could be going global, even if on a small scale. Hasm will either disintegrate under pressure or expand within the circle of violence, presenting a greater security challenge and more violence in the Nile Valley and Delta in Egypt.

Abdelrahman Youssef contributed to this story.