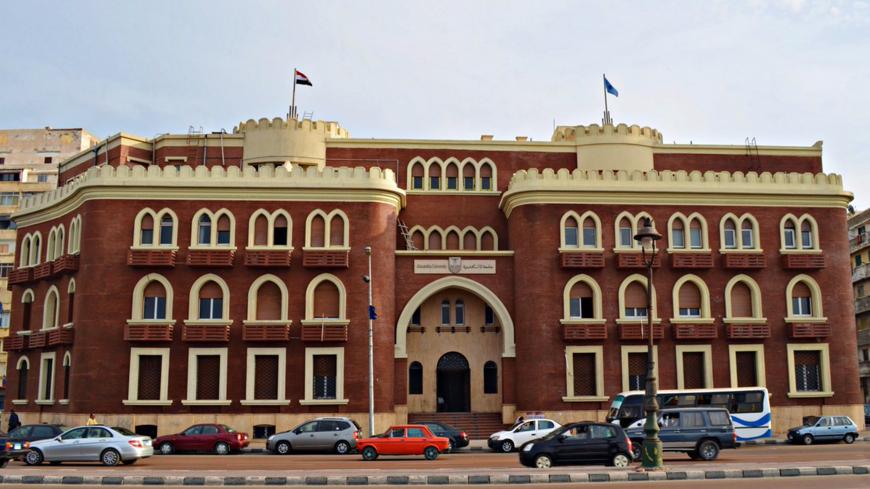 A view of Alexandria University in Alexandria, Egypt, is seen in this image posted July 28, 2017. - Twitter/@NaggerHasan

A recent ban on inappropriate dress at Alexandria University has triggered a row among Egypt’s university students as well as education experts.

On Sept. 29, Dean of the Agriculture Faculty at Alexandria University Tarek Serour banned university students from wearing inappropriate attire on campus, including ripped jeans, close-fitting clothing for girls and religious clothes for boys, like the galabiya.

Serour told the local press that the decision aims to preserve respect for the students themselves and preserve the prestige of the university.

Government officials say the decision is also intended to reduce sexual harassment on campus, claiming that revealing clothes worn by female students may draw unwanted attention from their male counterparts and increase harassment rates. To them, the ban seeks to uphold respect for the university environment and reverence for social and religious traditions.

According to a 2013 UN Women study, 99.3% of Egyptian women have experienced sexual harassment and 91.5% have suffered unwelcome physical contact. Interestingly, the study also found, “Harassment and assault occur irrespective of a woman’s appearance, conduct or manner of dress.”

However, recent years have seen remarkable change, and young male and female students have started to wear ripped jeans and other revealing clothing.

Egypt criminalized sexual harassment in June 2014, a few days before the inauguration of President Abdel Fattah al-Sisi. The president also vowed to crack down on the phenomenon and reduce it across the country.

The dress code decision has triggered mixed reactions on campuses, where some feel it is a matter of personal freedom while others backed the move.

May Salama, a student at the Faculty of Arts of Ain Shams University, told Al-Monitor that ripped jeans and other items have become commonplace. Salama, 21, strongly backed the decision, saying that she hopes it will be implemented in her college as well. She feels that the recent campus styles inappropriately reveal the bodies of students in an way that violates the university's traditions. “It is a place for learning and education and students should respect that. The university campus should be as respected as mosques, churches and synagogues. People do not go to those places of worship in revealing clothes, and they should not do so when they go to university,” Salama said.

However, Toqa Adel, a student at the Faculty of Engineering of Helwan University, opposes the decision. Students are not children, he insisted, and can distinguish between what is right and what is wrong. “We are old enough to recognize what to wear and what not to wear,” Adel told Al-Monitor, urging Alexandria University to back down on its decision.

Tarek Nour el-Deen, a former assistant to Egypt's education minister, expressed support for the decision, saying that it will protect the sanctity of university campuses and limit the moral depravity that has been increasing there.

Nour el-Deen also called for extending the dress code to other campuses, noting that such a decision would narrow the social class gap among students and foster feelings of fraternity and equality among them.

“Unifying the dress code on campus can also reduce violence rates because usually violence emerges from feelings of hatred and grudges. When the dress code is unified, everyone is equal and no one is better than the other in terms of social classes,” he told Al-Monitor.

Nour el-Deen also said that all universities around the world should impose certain dress code rules on students. “That is why I am backing any decision that prevents inappropriate attitudes and clothing on campus, because the university is a holy place and should be respected,” he added.