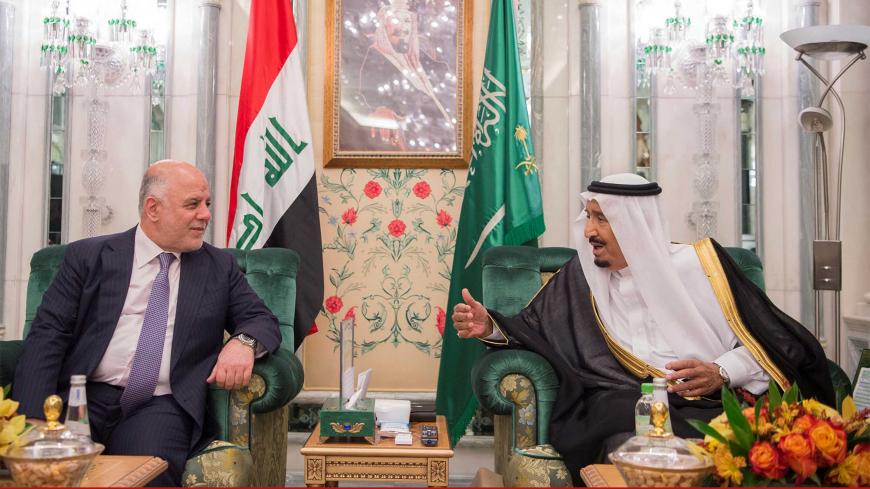 WASHINGTON — Secretary of State Rex Tillerson will travel to Riyadh today to attend the inaugural meeting of the Saudi-Iraq Coordination Council. The initiative to expand ties between Iraq and Saudi Arabia is part of a larger effort by the United States to try to foster Iraq’s independence from and resistance to overbearing Iranian influence.

Top Donald Trump administration officials say they see countering excessive Iranian influence in Iraq as an essential component of a strategy to shore up a strong Iraq and prevent a potentially destabilizing sectarian breakdown, which could provide fertile ground for the return of the Islamic State (IS) or its successor group.

“In Iraq, it is easy to say, and maybe harder to do,” McMaster said at a conference hosted by the Foundation for Defense of Democracies. “What we would like to see in Iraq is a stable Iraq that is not aligned with Iran.”

“What we would like to do is to continue to assist the Iraqis … to destroy [IS], and to not permit another group like [IS] … to come back,” McMaster said.

Iran is trying to keep Iraq weak so that it can exercise more control over it, McMaster said, describing it as the “Hezbollah” model.

“The United States has a strong interest in a strong Iraq,” McMaster said. “Others who are operating within Iraq, who are subverting Iraq, Iran in particular, are attempting to keep Iraq perpetually weak and are applying to Iraq what you might call a Hezbollah model. Where you have a weak government, a government that is deliberately weakened and … reliant on Iran for support, while Iran grows militias and illegal armed groups that lie outside of that government’s control … that can be turned against that government if that government takes action against Iranian interests.”

“This is a model that you see, sadly, in the beautiful country of Lebanon,” McMaster said. “It is a model I think you see in Syria, where about 80% of those that are fighting on behalf of the brutal, murderous [Bashar al-] Assad regime are Iranian proxies. It is a model you see attempted to be applied in Iraq.”

Bolstering Iraq’s ties with Iran’s chief regional rival Saudi Arabia is one way Washington and Western allies are trying to balance out Iran’s sway and encourage Iraq’s independence. Those nascent ties have been visible in a series of meetings, visits and actions the past few months. Those include a series of visits of Iraqi Shiite politicians, including firebrand cleric Muqtada al-Sadr, to Saudi Arabia, and of Saudi Foreign Minister Adel al-Jubeir to Baghdad; the visit of Iraqi Prime Minister Haider al-Abadi to Jeddah, Saudi Arabia, this past June; the announcement in August of plans to reopen the Saudi-Iraq border crossing near Arar for the first time since 1990; and the first Saudi commercial flight from Riyadh to Baghdad in 27 years, which landed Oct. 18.

“First commercial flight from #Riyadh to #Baghdad in 27 years as ties between #Iraq and #KSA continue to strengthen,” Brett McGurk, the US presidential special envoy to the coalition to counter IS, wrote on Twitter Oct. 19, linking to the post of Saudi budget carrier Flynas landing in Baghdad.

The initiative to foster Saudi-Iraqi ties was developed by McGurk and implemented by him and former Assistant Secretary of State for Near Eastern Affairs Stuart Jones over the past 18 months, with a number of quiet meetings in both capitals and then the development of a road map for a breakthrough in ties, a diplomatic source, speaking not for attribution, told Al-Monitor. The key step — delivered by Tillerson during his first weeks in office — was Jubeir going to Baghdad last February, the source said. It was the breakthrough that then led to Abadi visiting Jeddah, the reopening of the border, direct flights and the inauguration of a joint commission tomorrow.

McGurk visited areas of northern Syria liberated from IS with Saudi Gulf Affairs Minister Thamer al-Sabhan this week, to discuss reconstruction. In a briefing this summer, McGurk described the uptick in Saudi-Iraqi official contacts as going “gangbusters.”

“In Saudi Arabia, some significant developments [are] going on there, including a really historic rapprochement with Iraq,” McGurk said in a briefing with Secretary of Defense Jim Mattis Aug. 21. “And we're very encouraged, of course, by this development.”

On Oct. 19, Abadi said he had received a call from Saudi King Salman bin Abdul-Aziz Al Saud, who extended an “invitation to attend first bilateral coordination meeting next week.”

“We have seen various governments in the region talk about wanting to participate in reconstruction of some of these countries, Iraq and Syria,” Nauert said. “We would absolutely support that and would certainly welcome some of those countries taking part in that. So I guess I would go back to saying there are other angles that we can certainly be a part of working when it comes to trying to balance out Iran.”

A diplomatic strategy to try to counter a potentially destabilizing Iranian behavior in the region would include working to reassimilate Iraq into the Arab world, and there has been some progress on that with Saudi Arabia, a European diplomat, speaking not for attribution, said Oct. 20.

But there is some nuance to the US position. The uptick in Iraqi-Saudi contacts comes as the United States and Iran once again found themselves aligned with the same side in Kirkuk, backing the Iraqi central government’s actions to retake the disputed city from Kurdish control. Both Washington and Tehran opposed the Kurdish Regional Government’s independence referendum last month and have insisted that Iraq must remain an integrated state.

“What you have in Iraq is a greater level of complexity now associated with the Kurdish referendum,” McMaster said. “We have to work to mediate this conflict in a way that allows our Kurdish friends to enjoy the safety, security and prosperity they built over so many years and not regress from that, but then which also keeps Iraq on a path to strengthening, and not be aligned with Iran.”