The conspiratorial mindset that led an AKP youth leader to doubt that the Earth is round is the signal of a powerful ideological drive in today’s Turkey. 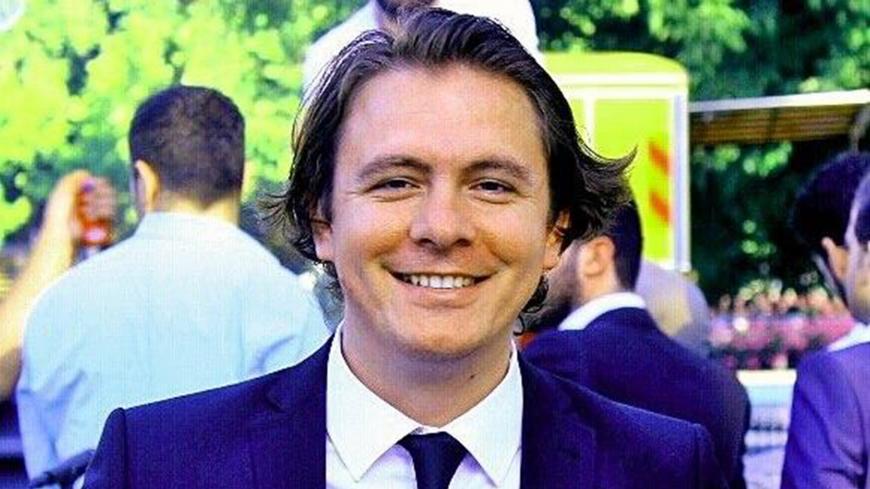 An article written by Tolgay Demir, a “youth leader” in an Istanbul branch of Turkey’s ruling Justice and Development Party (AKP), went viral Sept 1. Titled “The Flat Earth Theory,” the article was published on the organization’s website. In it, Demir, the deputy president of the local party organization, seriously argued that the Earth, in fact, is flat. He asserted that the “freemasons” fooled the modern world to believe that the Earth is round. The photos of the planet taken from space by NASA are “staged,” the argument went on, whereas the voyage to the moon by the Americans was nothing but a “conspiracy” to support the “round Earth myth.”

But why was there such a grand conspiracy to fool humanity about the shape of its planet? Demir gave the following answer:

“Presenting the world as a sphere, and presenting it as one of the trillions of stars and planets in the universe, devalues humans, just like the theories of evolution does. Thanks to this systemic religion of science, life is deprived of its meaning. … This leads people to become the slaves of the capitalist system.”

Demir was basically supporting the pre-Copernican worldview in which a flat Earth was deemed the center of the universe, jumping some five centuries back in science. (And, ironically, he was promoting this view through the internet, which is one of the products of the very modern science he denied.)

As one could expect, Demir became a laughing stock in the media and on social media. Voices in the opposition highlighted the article, adding how “backward” the worldview of the new ruling elite is. Voices on the pro-government side stood conspicuously silent. Soon the article was removed from the party website. And Demir took a step back, saying that he did not in fact argue that the Earth is flat; he just found the idea “interesting.”

So, on the one hand, the controversy ended. The flat Earth theory was an outlandish claim by a single AKP member that no one in his right mind in the ruling party would defend. On the other hand, however, the controversy begs to be questioned. For the conspiratorial mindset that led an AKP “youth leader” to doubt that the Earth is round is the signal of a powerful ideological drive in today’s Turkey with serious implications for the nation’s future.

For the conspiratorial mindset that led an AKP “youth leader” to doubt that the Earth is round is the signal of a powerful ideological drive in today’s Turkey with serious implications for the nation’s future.

In fact, obsessing over conspiracy theories is nothing new in Turkey. A whole body of literature about the plots of the freemasons, the Zionists, global capitalists or imperialists against the beloved Turkish homeland has been popular for decades in various political camps. Even some of the Kemalists, the secularists who follow in the footsteps of Turkey’s pro-Western founder Mustafa Kemal Ataturk, believed in Western conspiracies. President Recep Tayyip Erdogan himself, and other key figures of the AKP, were depicted as “Zionist agents” by a best-selling Kemalist author back in 2007, when the AKP seemed eager to join the European Union.

Since Erdogan consolidated power in the early 2010s, however, the obsession with foreign conspiracies become a central theme in the pro-Erdogan narrative more than in any other political line. Moreover, the nature of the paranoia went deeper than before. In the past, Kemalists or leftists were merely suspicious of the political intentions of Western powers against Turkey. In the latter-day AKP narrative, however, the suspicion surpassed the realm of politics. Western civilization, with all its values, institutions, culture and even science, became something that must be doubted, if not outright rejected.

Demir, with his interest in the flat Earth theory, seems only to have given an extreme example of this ideological mood, while the mood is very widespread and influential. Another example is the recent cleansing of the theory of evolution from Turkish textbooks, in a clear defiance of modern biology. When it comes to political concepts, liberal values are also rejected. As a rare critical voice among religious conservatives, Mehmet Ocaktan, a columnist for daily Karar, recently wrote that whenever concepts such as “democracy, law or freedom” are praised, some conservatives react by condemning them as elements of “Jewish democracy.”

Erdogan himself exemplified this ideological drive by denying what all mainstream economists define as the relation between interest rates and inflation. As I wrote previously in Al-Monitor, Erdogan repeatedly insisted that lowering the interest rates of a currency also lowers inflation, whereas modern economics suggests the exact opposite. To believe in Erdogan’s theory, as a former central bank governor had noted, one had to deny “the 350- or 400-year-old economic literature … [and] burn the books of Adam Smith or John Maynard Keynes.”

Etyen Mahcupyan, a Turkish public intellectual who kept much higher hopes about the AKP until very recently, had defined the ideological mood in Turkey in 2015 as an “Eastern fundamentalism” that sees the West “as the eternal other,” while “superficially” seeking to revive an imagined golden past. Others who observed the same ideological tendency in various revolutionary experiments of the 20th century called it “Occidentalism.” It begins by depicting the West as inherently immoral and treacherous, and it goes on with an authoritarian ambition to de-Westernize society. It is very different from raising reasonable criticisms or objections against the West, because it is based not on reason but emotion.

Needless to say, this Occidentalist drive will not bring any good to Turkey. First, it will further isolate Turkey from the liberal-democratic world, which largely happens to be “the West,” and drive it closer to the authoritarian regimes of the Middle East and Asia. It will also deprive Turkey of the contributions of its Western-educated class, which often have the better skills to advance the country in science, technology, arts or scholarship.

The still-reasonable people in the AKP universe must see that this is a road with no good end in sight. Their own early years in power must show them that there is a healthy middle ground between the soulless imitation of the West and the fanatic “Eastern fundamentalism” of today. The fact that the latter has come to the point of making the flat Earth theory attractive to their base must be taken as a clear warning sign.