Vladimir Putin and his supporters are not the only ones who see a CIA conspiracy behind the Panama Papers. 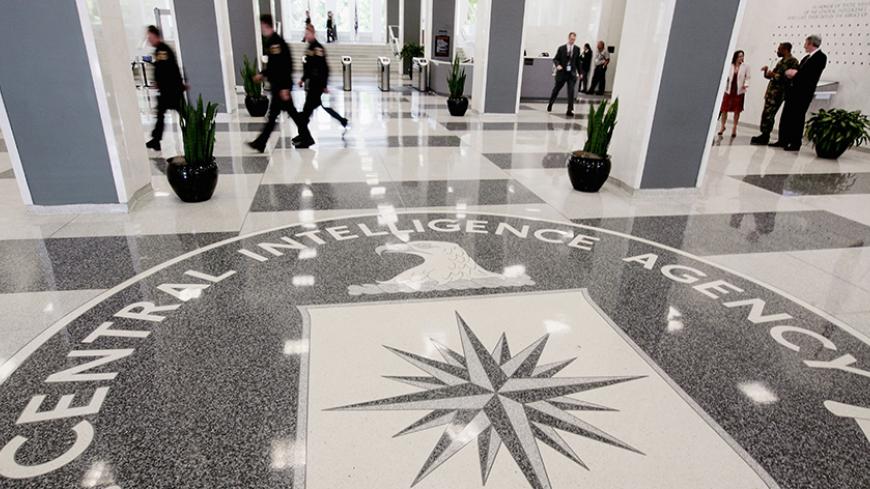 The lobby of the CIA Headquarters Building is seen in McLean, Virginia, Aug. 14, 2008. Media close to Turkish President Recep Tayyip Erdogan has suggested the leak of the Panama Papers was linked to Western intelligence agencies like the CIA. - REUTERS/Larry Downing

The Panama Papers scandal, which led to the resignation of the prime minister of Iceland and has also troubled many other world businessmen, politicians and celebrities, has not yet fully reached Turkey. It has been reported in Turkish media that “101 companies and 10 clients” from Turkey are also involved, and their names will be disclosed in May. So far, therefore, the scandal has had no political repercussions inside Turkey.

However, certain elements of the Turkish media have already began cooking up the idea that the Panama Papers can have political implications for Turkey as yet another nefarious conspiracy against the rule of President Recep Tayyip Erdogan. In a long editorial in Yeni Safak, one of the many pro-Erdogan newspapers, Editor-in-Chief Ibrahim Karagul made his argument emphatically on April 7. “The release of the Panama Papers has me seriously worried,” Karagul wrote. “I believe that this is not a money laundering operation or a tax issue. … It is the extension of a much bigger plan, a showdown project.”

This “project,” Karagul further explained, was led by “everyone from US intelligence to UK and German intelligence.” Its aim was “a new form of intervention … on the global scale.” Accordingly, “countries, leaders, political staff and political discourse that seem incompatible with the West” would be toppled and replaced by Western puppets. "Now they are attacking Russia,” Karagul claimed, adding, “They are attacking Pakistan. They might attack Turkey. They are going to wear out the other countries among their targets. That is when their operational forces on the inside will take action, and some are going to join this wave out of naivete.”

Of course, one could ask why “they” were also attacking the leaders of Iceland, the United Kingdom and the Bashar al-Assad regime as well — all of which were curiously left out of Karagul’s analysis. It is perhaps more accurate to take this not as an analysis, but as a clumsy application of the Erdoganist narrative of the past three years: that the West is conspiring against the patriotic leaders who are trying to make their countries independent actors on the global scale.

Notably, Karagul was not alone in making this argument. Another columnist in his paper offered a similar view in a smartly titled piece, “The Tailor of Panama.” Accordingly, Vladimir Putin's claim that “this leak could be the work of the CIA” made a lot of sense. Otherwise, why, for example, would Azerbaijan's President Ilham Aliyev be targeted right at the heat of the renewed Azeri-Armenian conflict?

Meanwhile, Ali Keskinoglu, a “cybersecurity expert,” spoke to the pro-Erdogan Ihlas Agency with a similar tone. “This is a scheme of lies and libels which will hit Turkey, too” he claimed. “They will soon release fake documents about Turkey.” Various newspapers and portals published these views as news, such as Milliyet, Akit and Haberler.com.

What does this all mean? Does it mean that there are some influential people in Turkey who are afraid of what might come out from the Panama Papers and their mouthpieces are preparing the ground for the necessary counterattack? I am sure that is what some opposition voices may claim in Turkey. That would be, however, only another conspiracy theory, again based on speculation rather than facts. One has to read the Turkey-related content of the Panama Papers before making such comments.

Yet we can safely say that Turkey’s ruling pro-Erdogan elite, whose worldview is both reflected and sustained by the pro-Erdogan media, sees the world through a thick conspiratorial lens. They really believe all the reactions to Erdogan come from the fact that he is making Turkey great again — notably a popular ambition around the world these days. Hence, everything that happens in Turkey and around the world that may even potentially hurt Erdogan’s image must be an attack against the great leader, against which he must be defended. The result is a “bulletproof” ideological commitment that is resistant to being confused by any sort of political blunder or scandal. There are indeed some moderate pro-Justice and Development Party writers who have lately criticized this siege mentality and offered more factual analyses of the Panama Papers, but they are not defining the dominant narrative.

It is noteworthy that a similar ideological narrative is built around another important leader of time — Vladimir Putin. As explained in a recent conference at George Washington University, which I attended, the ruling “conservative ideology” in Russia is also built on the view that Putin is restoring Russia’s lost greatness and that is why he is targeted by the West and “Western agents” at home. It is no accident that the Erdoganist Karagul agrees with this narrative, arguing, “Now they are attacking Russia.”

That is why, in fact, Putin had great prestige among Turkey’s hard-core Erdoganists, until the clash of Moscow and Ankara over Syria, which peaked with the downing of a Russian warplane by Turkish air forces in November 2015, initiating a sort of cold war between the two countries. But now there are signs that Turkey can make up with Russia. The alleged killer of the downed Russian pilot was arrested in Turkey — as duly noted by the Russians. Meanwhile, pro-Erdogan writers began arguing that the plane incident was yet another conspiracy by the nefarious “parallel state” to create a crisis between the two friendly countries.

So don't be surprised if soon, somehow, Turkey and Russia restore their ties. The two countries have many pragmatic common interests, after all, and are run by people with very similar world views.