Faced with the prospect of Kurdish independence, Iraq’s Turkmens are divided on what is best for their future. 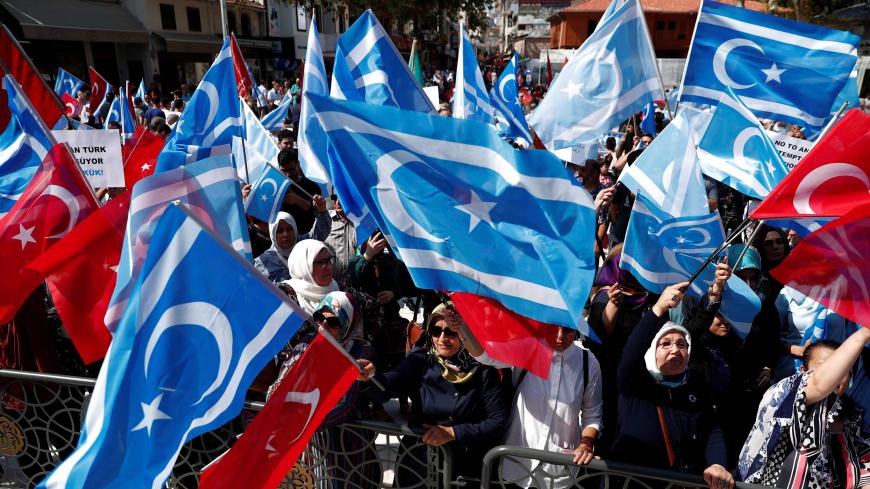 ERBIL, Iraq — As Iraqi Kurdistan heads to a controversial independence referendum on Sept. 25, divisions are running deep in the Turkmen community, which, like the Kurds, has claims over the oil-rich city of Kirkuk.

Turkey's official policy terms Kirkuk “a Turkmen city,” and many Turks generally think that all Turkmens are on the same page. But the reality on the ground is different. To start with, the Turkmens in Erbil and Kirkuk differ in their stances on the prospect of Kurdish independence. Some Turkmens insist on the territorial integrity of Iraq, but others argue that cohabitation with the Kurds is easier. The Iraqi Turkmen Front (ITF), the largest party representing the Turkmens, is opposed to the referendum, while the Turkmen Development Party, founded by a group that split from the ITF, backs the referendum, arguing that Kurdistan is already a de facto state dealing directly with foreign countries.

Turkey’s and Iran’s policies are another factor swaying Turkmen positions. For quite a while, Turkey has been advising the Turkmens to stay on good terms with the Kurds, which is contributing to the divergence of positions. Shiite Turkmens, meanwhile, have turned increasingly to Baghdad since the Islamic State’s (IS) onslaught in 2014.

Based on their reactions to the referendum, two major trends are discernible among the Turkmens. For those who live in Erbil, the Kurdistan project is not much of a problem. They argue they have been able to preserve their language and culture in Kurdistan, while Turkmens in the rest of Iraq have been obliterated. The Turkmens in Kirkuk, meanwhile, are worried that an independent Kurdistan would lead to the fragmentation of Turkmen areas, with the city of Kirkuk probably going to Kurdistan and towns such as Taza Khormato, Tal Afar, Tuz Khormato, Amerli, Qarah Tabbah and Jalawla staying with Iraq. This would mean an end to the dream of a Turkmen homeland, idealized in nationalist quarters.

ITF member Aydin Maruf, one of the five Turkmens in the Kurdistan parliament, paints a tough outlook for a community hit by geographical and sectarian divisions and relying on different powers for protection.

Maruf told Al-Monitor that “Baghdad’s sectarian polices” had pushed the Kurds to seek independence, arguing that the Iraqi Kurdistan Region had progressed both politically and democratically. “Holding a referendum is a right. Kurds, Arabs and Turkmens alike can do that,” he said.

He said that according to the Iraqi Constitution, Kirkuk, Tuz Khormato, Taza Khormato and Tal Afar do not belong to the Kurdistan region. “Their status must be resolved within a constitutional framework. That’s why the Iraqi Turkmen Front does not accept holding the referendum in the disputed areas,” he said.

“We have never opposed the rights of the Kurds,” Maruf said. “We are living together. When the Baath regime [stormed the region] in 1991, the bombs rained on all of us. Our destiny is one. If there is a [Kurdish] state, we will be in that state, and if there is a war, we will be in that war as well. I’m talking about Erbil here. The situation is different for those in Kirkuk and Mosul. If Iraq disintegrates, will it be only Kurdistan seceding? The Sunni Arabs might secede as well. Then, what will happen to the Turkmens in Mosul and Tal Afar?”

While some Turkmens charge that the Kurds have been trying to Kurdicize Kirkuk and cannot be trusted, the Kurds argue that Kurdistan is the best guarantee of Turkmen rights. According to prominent Kurdish commentator Massoud Abdulkhaliq, Kirkuk’s Turkmens would be better off as part of Kurdistan. “The Turkmens used to have presence in all provinces and districts of Iraq. Now it is only in Kurdistan, which means they get along better with the Kurds than with the Arabs. No one is harassing them here,” he told Al-Monitor in Erbil. “They insist that Kirkuk remain attached to Baghdad, but if it does, they will be finished in Kirkuk, too, as they were in other regions.”

The ruling Kurdistan Democratic Party (KDP) rejects accusations that the Turkmens have been subjected to ethnic cleansing and excluded from the administration.

In an interview with Al-Monitor, Mohammed Khurshid, the KDP head in Kirkuk, described a tradition of cultural diversity involving Kurds, Turkmens, Jews and Christians. That is why Kirkuk natives are called “quadrilinguals,” he said.

Khurshid continued, “After 1930, Bedouin Arabs were settled in Hawija to the south of Kirkuk. In 1963, the Arabs of Hawija attacked the Kurds, setting 300 villages ablaze. Hawija has always been a threat to Kirkuk. They attacked Turkmen villages as well. The Arabs of Hawija seized Turkmen lands. The [Arabization] project accelerated after 1974 under Saddam Hussein. In 1988, all Kurdish villages in Kirkuk were burned and destroyed. A total of 758 villages were either destroyed or resettled with Arabs. The people exiled from Kirkuk settled in Dahuk and Erbil.”

Khurshid denied any deliberate Kurdish policy to drive the Turkmens out of Kirkuk. “I don’t say there are no assassinations and explosions, but no Kurdish group has a policy of denial vis-a-vis the Turkmens,” he said. “Before 2003, there was not even one Turkmen school in the city. Thanks to the Kurdish government, the Turkmens have opened several schools. They are even using the Latin alphabet. The Iraqi government does not accept that, but we do.” Khurshid drew a comparison to Erbil, where, he said, Turkmens had a school before 2003. He argued that Kurds had been supportive of the idea that Turkmens hold senior administrative posts.

The status of Kurds who were driven out of rural Kirkuk is an issue. Khurshid said the Iraqi government failed to provide support to revive the old villages. “As a result, the people settled not in the villages but in the cities. The Turkmens are now complaining that the Kurds have settled in urban centers. … The Kurds moved to lands allocated by the government, not to other people’s homes,” he said, adding that Jalal Talabani, a Kurd who served as president of Iraq, built 1,000 homes in the town of Bashir, near Kirkuk, and gave them away to Turkmen returnees.

Beyond those disagreements, another important factor has changed Turkmen perspectives. Because they see Turkey as a protector and guarantor, Turkmens used to say they did not need to arm themselves. Yet at least 12,000 Turkmens have joined the Popular Mobilization Units (PMU) since the force was created in 2014 to fight IS, and now many believe that the PMU would fight for the Turkmens if need be.

The fear of an armed conflict with the PMU is rife among the Kurds. Recalling the 2015 flare-up between the Kurdish peshmerga forces and the PMU in Tuz Khormato, Abdulkhaliq said, “In Mosul, [the PMU] controls 12 of the 16 disputed areas, while the remaining four are in peshmerga hands. The danger of clashes is more serious in Tuz Khormato and to the south of Kirkuk.”

Former KDP lawmaker Aso Karim drew attention to the PMU’s Iranian connections. “[The PMU] is growing and could step into action to retake the disputed areas. Iran is influential here,” he said.

In an interview in Sulaimaniyah, Jalal Jawhar, a senior member of the Movement for Change (Gorran), also voiced concern that actors opposed to Kurdistan could start clashes in the disputed areas.

The referendum may be a natural right of the Kurds, but myriad uncertainties engulf the day after. The Kurds might still be able to avoid disaster scenarios if they follow more inclusive, flexible and prudent policies.