How Iran is winning game of chess in Kirkuk

Iran’s game in Kirkuk is a microcosm of how its shrewd, long-term investment in Iraq is paying dividends. 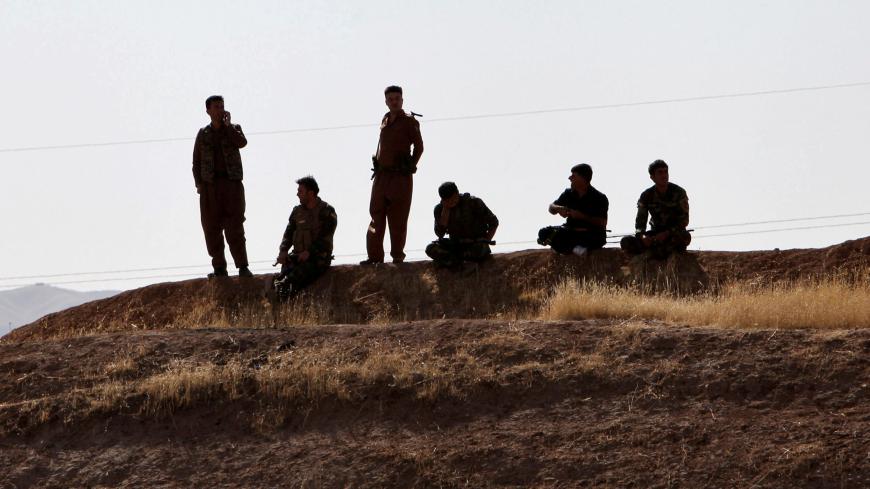 CHAMCHAMAL, Iraq — For now, Prime Minister Haider al-Abadi has pushed the separatist Kurds back and extended the power of the federal government once again to the areas considered disputed under the Iraqi Constitution. The Kurds are beaten. But the key question is how long this equilibrium will last.

The Kurds in Kirkuk and other disputed areas are disillusioned with the Kurdish parties, including the leadership of both the Patriotic Union of Kurdistan (PUK) and the Kurdistan Democratic Party (KDP). No Kurdish leader has come forward to apologize to their constituents for what went wrong, let alone attempt to explain what really happened on Oct. 15-16, when thousands of peshmerga retreated and left the people of Kirkuk to their own devices.

Meanwhile, the Turkmens in Kirkuk and nearby Tuz Khormato have become united through their opposition to the Sept. 25 Kurdish independence referendum and other perceived Kurdish excesses. But as the effect of Baghdad’s victory over the Kurds wears off, the old animosities and the regional states’ rivalries in Kirkuk are bound to resurface.

The Turkmens are divided along sectarian lines. The Shiite-dominated Popular Mobilization Units (PMU) that are protecting the Shiite Turkmens in the south of Kirkuk and the city of Tuz Khormato — the major Kurdish-Turkmens flashpoint — are directly linked to Tehran. On the other hand, most of the Sunni Turkmens in Kirkuk rally behind the Iraqi Turkmen Front, which has strong links to Ankara. "There is no denying that, more than all groups in Iraq, the Turkmens are supported by Turkey. We are part of the Turkish people," Ali Mahdi, the spokesperson for the Iraqi Turkmen Front told Niqash in May. "And we have always called upon them [Turkey] to play a role in developments taking place here."

In 2014, the Turkmens failed to agree on a Turkmen candidate for the head of the Kirkuk provincial council, which could have prevented the Aug. 29 inclusion of the disputed city in the Sept. 25 Kurdish independence referendum. In parallel, the deep-rooted tension between the Kurds and the Turkmens, particularly in Tuz Khormato, has intensified as the threat of the Islamic State (IS) has receded. Shiite Turkmens and the Kurds in the town have clashed a number of times in recent years in their struggle for the upper hand. In this vein, the local Kurdish residents and the PUK leadership alike say that Iran has unparalleled influence with the Shiite Turkmens in the area.

One senior Islamic Revolutionary Guard Corps (IRGC) operative who is said to have played a crucial role in the Kirkuk region for at least the past decade is Haj Ali Eqbalpour, known amongst the locals in Tuz Khormato as "Mr. Eqbali." Indeed, in the town of Chamchamal on Oct. 18, a group of displaced Kurds from Tuz Khormato were waiting in a mosque to be given food supplied by charity groups. When asked if Iran played any role in their town, two young men in their late 20s and a 51-year-old man replied to Al-Monitor, "Mr. Eqbali is in charge of the Turkmens there."

Many senior officials in the region know the powerful Iranian officer, but no one appears to dare to speak of him, perhaps for fear of Tehran’s wrath. Amid all this, the shadowy Eqbalpour seems to be hiding in plain sight, appearing all over PMU Facebook pages, albeit without being named.

Indeed, on Oct. 18, two days after the peshmergas’ defeat in Kirkuk, an official Facebook page of a PMU unit posted an image of several top PMU leaders in Kirkuk. "To the honorable people of Kirkuk, we congratulate you for these victories and confirm that Kirkuk province is under the control and protection of the federal government," read the statement. In the picture, on the far right, stands a tall, athletic man with broad shoulders and grey hair and beard wearing a green uniform. The same man appears in a separate picture taken in south Kirkuk with Abu Mahdi al-Muhandis, the top PMU commander and close ally of Iran, on Oct. 14, alongside senior PMU leader in northern Iraq Abu Raza Najar. In yet another picture posted on Sept. 18, the same man appears on the right-hand side of Muhandis, Najar and an unnamed colonel from the Iraqi army’s 16th Division in an operation room, seen making preparations to retake the nearby IS stronghold of Hawijah.

Three Kurdish sources, including a senior PUK official, revealed to Al-Monitor that the unidentified person seen in these pictures is none other than Eqbalpour, IRGC Quds Force commander Qasem Soleimani's representative in the area.

As such, US Secretary of State Rex Tillerson's Oct. 22 call on Iranian-backed militias and their Iranian advisers, such as Eqbalpour, to “go home and allow the Iraqi people to regain control" shows a fundamental misunderstanding on the part of the US government about how the IRGC operates in the region. Unlike the United States, Iran often stays in any strategic region for the long haul, whether it be Lebanon, Syria or Iraq.

Back in the spring of 1988, when the regime of Iraqi dictator Saddam Hussein — then backed by the West, including Washington — crushed the Kurdish rebellion, the peshmerga and their families fled to the Iranian side of the border, according to the top peshmerga commander at the time, Nawshirwan Mustafa, who published several books about the peshmerga war with the Iraqi army. There, one young IRGC officer was appointed to work with the newly arrived refugees, who were scattered across camps in western Iran. That officer was Eqbalpour, who has since coordinated with Iraqi Kurdish peshmerga and has become a fluent Kurdish speaker, albeit with a strong accent, a senior PUK official told Al-Monitor on condition of anonymity. While the Kurds consider themselves pro-Western, there is a deep distrust toward the West, including Americans, and the recent debacle in Kirkuk has only acted to further reinforce that notion, particularly as Iran has emerged on the winning side.

On Aug. 31, 1996, when KDP leader Massoud Barzani invited the Iraqi army to help him regain control of Erbil from the rival PUK, the Americans reassured then-PUK leader Jalal Talabani that they would not allow Saddam’s forces to re-enter the town. On the eve of the attack, Talabani asked his son Qubad, the current deputy prime minister of the Kurdistan Regional Government, to call the top US official responsible for enforcing the no-fly zone. The official reassured the young Talabani that Saddam could not send his army into Erbil, according to Jalal Talabani’s memoir published earlier this year. The following day, Saddam did — with the help of the Barzanis. The small number of Americans stationed there fled.

Two months later, it fell on the shoulders of people like Eqbalpour and Soleimani to help the PUK regain its territory from the Barzanis. These kinds of actions, and the long-term investment of the IRGC in Iraqi opposition groups, are the true source of Iran's influence in Iraq. The Kurds and the Iraqi Shiites see Iran is a reliable partner who can deliver on its promises. Before the Sept. 25 independence referendum, Eqbalpour and Soleimani promised the Kurds to help them obtain their rights under the Iraqi Constitution if they backed away from the plebiscite. They were warned that if they failed to comply, all hell would be let loose. Almost exactly one month later, the Kurds have been dealt their most humiliating defeat since 1975, when Barzani’s father’s rebellion against Baghdad collapsed overnight as Washington, Tehran and Tel Aviv withdrew their support.

The intricacies of the Iranian operations in Iraq — and the shrewdness of their operatives in working with communities, even relatively small ones such as the Turkmens — shows that the Iranians are in Iraq for the long haul and that curbing Tehran’s influence will be far from a walk in the park for Washington.

As the power of Iran and its allies rises in areas such as Kirkuk, with Tehran and its Iraqi friends seeking to create facts on the ground similar to the Kurds, the opposition from Sunni Turkmens and Sunni Arabs as well as regional powers such as Turkey will potentially create yet another recipe for disaster in Iraq.

On Oct. 18, a group of displaced Kurds from Tuz Khormato protested outside the main PUK office in Sulaimaniyah. One 40-year-old man moved amongst the crowd, asking for the address of the Iranian consulate in the city. "I want to go and see the Iranian Consul General," Ismail Abbas, a tailor who had left his family in the mountains overlooking Tuz Khormato two days earlier, told Al-Monitor, "For the last two and a half years, we have been asking for reconciliation [with the Turkmens], but the [Iraqi] politicians can't do it." He added, "Iran has the power to resolve this issue … we have no trust in Baghdad."