The Free Syrian Army factions in areas liberated in northern Syria are moving their forces out of cities and towns to the outskirts in an effort to end clashes with civilians and ease the minds of returning residents. 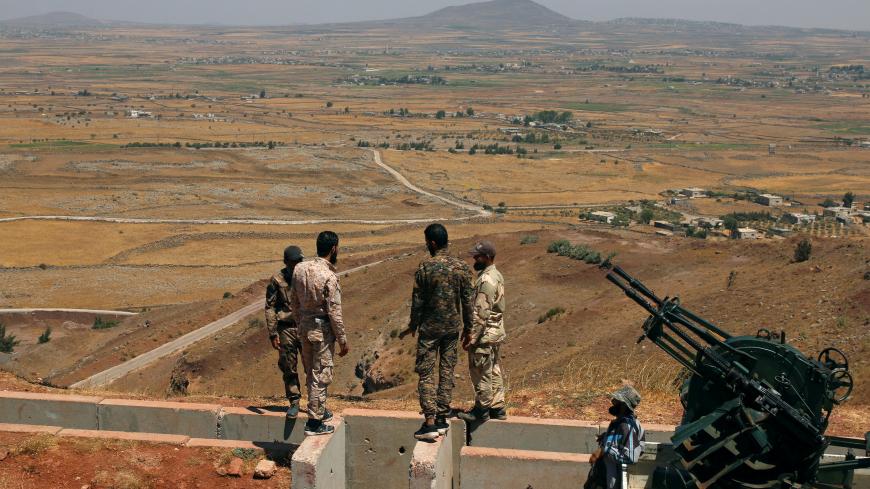 ALEPPO, Syria — Free Syrian Army (FSA) factions in areas liberated during Operation Euphrates Shield in the Aleppo countryside are making significant efforts to eliminate their military checkpoints and armed presence in the small cities and towns under their control. Since early August, they have been moving their posts to outskirts, to operational military barracks and others under construction, believing that it will contribute to instilling stability and promoting prosperity in these areas. The factions expect cities and towns to be free of their armed presence in early 2018.

Civilians in the liberated areas have welcomed the decision. The FSA took the step of withdrawing from populated areas mainly because residents were angered by militia checkpoints and the troubling actions by some faction members, such as arbitrary shootings of civilians. Fed up, locals had begun asking them to leave.

Turkey had launched Euphrates Shield on Aug. 24 of last year, joined by allied FSA militias, to battle the Islamic State (IS) and Syrian Kurdish forces in northern Syria. After the campaign ended on March 29, most FSA factions settled in repopulated areas liberated from IS, including Akhtarin, al-Bab, Bizaah, Ghandoura, Jarablus and Qabaseen. Clashes would occasionally break out between the FSA groups, terrifying civilians and creating chaos. Such sporadic fighting has become less frequent as FSA militants have left populated areas.

Abdullah Halawa, military leader of the FSA-affiliated Hamza Division in al-Bab, told Al-Monitor, “The Hamza Division has decided to evacuate all its military posts in al-Bab and nearby towns to ensure the safety of civilians, end its military presence in the city and avoid clashes between civilians and armed men that normally lead to terrorizing innocent people. The decision took effect in early August.”

Halawa said that the Hamza Division had finished building three military barracks in liberated areas, near the town of Tel Ahmar, on the outskirts of al-Bab and near the border with Turkey and close to the town of Hawar Kilis. The barracks provide the services one would expect from any such military facility.

Halawa added, “These three military barracks that Hamza Division established in the past three months can accommodate half of [our] militants, who total 2,300. We want to build more military barracks outside inhabited towns and cities in the Euphrates Shield areas for the rest. The new facilities will be ready in early 2018.”

The Hamza Division is not alone among FSA factions redeploying from residential areas and closing military posts. The Mu’tasim Brigade, the Sultan Murad Division, the Levant Front and the Islamic Ahrar al-Sham have also done so.

Col. Ahmad Osman, leader of al-Sultan Murad Division, told Al-Monitor that the FSA factions want to accomplish several goals in relocating to barracks. In addition to being able to monitor fighters to curb violations, they also want to form a national army based on traditional military structures in terms of discipline and adherence to rules and law and avoiding interference in civilian, public life.

The barracks for the Mu’tasim Brigade are shown with fortified walls and guards standing watch, east of Marea, Syria, Sept. 1, 2017. (photo by Khaled al-Khateb)

Al-Monitor visited a barracks of the Mu’tasim Brigade, slightly more than 3 miles east of Marea. The barracks, spread over 37 acres, provides the usual facilities — a mess hall, bunks, latrines, shooting range, training spaces, and ammunition and weapons warehouses. A fortified headquarters building for brigade leaders stands at the center of the compound.

Mohammad al-Haj, a fighter with the Mu’tasim Brigade, moved from the brigade's headquarters in Marea to the new barracks outside the city a month ago, after it was completed in early August. “When we moved to the new barracks, everything changed,” Haj told Al-Monitor. “There is a daily program for training and sports activities, set hours for sleeping, eating and bathing. We cannot leave the site unless we get written permission from the officer in charge. We need some time to adapt to living here far from civilians.”

Youssef Mamdouh, leader of the Mu’tasim Brigade, told Al-Monitor, “A new barracks is underway. Work on it began in early September. It is 3 kilometers [1.9 miles] from Marea, and we expect it to be completed by the end of 2017. These two barracks can contain all the militants of the brigade, who exceed 2,000. The brigade can then redeploy from its positions within Marea.”

The FSA factions have been holding regular discussions among themselves since the beginning of this month on how to make their project successful. This has been done in cooperation with the Syrian Islamic Council, the Istanbul-based religious authority of the FSA, which supports the move, and the so-called Syrian Interim Government, which has called for the creation of a national army that includes all the FSA factions (with the exception of the extremist Hayat Tahrir al-Sham) under its umbrella.