Arabs and Jews unite against Netanyahu's divide and rule tactics 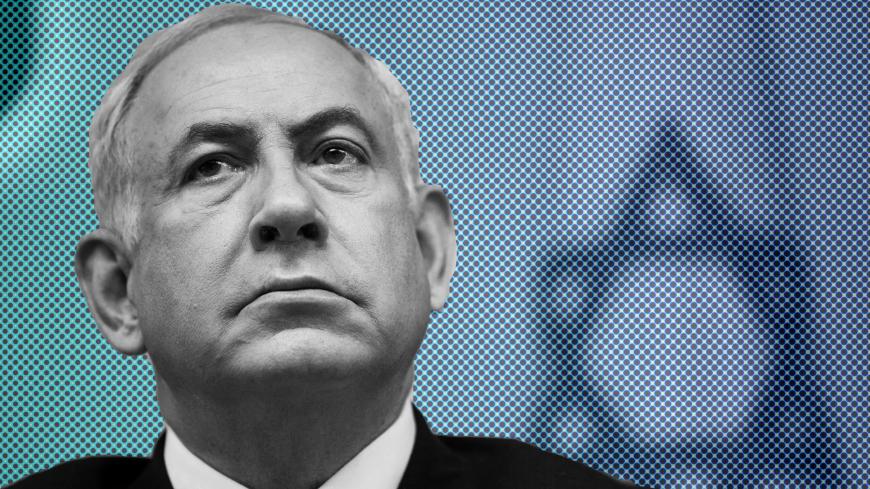 On Aug. 31, the eve of Eid al-Adha, the Muslim Feast of the Sacrifice, Prime Minister Benjamin Netanyahu sent holiday greetings through social media to Israel’s Druze population, which practices a monotheist Abrahamic religion based on teachings of major Muslim figures and therefore observes some Islamic holy days: “This festival, in which members of the Druze community visit their friends and relatives, pray for peace and brotherhood, and extend a helping hand to one another, reminds me of our own Jewish holidays. This is not surprising, as we share the same values. The Druze and Jews both sanctify life, are proud of their unique heritage and religion, and both are brave warriors who protect their country, the State of Israel.”

Knesset member Ahmad Tibi, from the predominantly Arab Joint List, responded immediately, tweeting, “Netanyahu forgot that there are Muslim Israelis and that the Eid is also a major holiday for the Muslims. Bibi, you are making mistakes in droves.” Tibi's last sentence alludes to the prime minister’s unfortunate warning to right-wing voters on election day in 2015 that Israeli Arabs were “coming out in droves to the polls.”

According to 2016 census data, some 130,900 Druze live in Israel, constituting 1.6% of the country's population, while the Muslim Arab community of more than 1.5 million makes up some 17.7% of it. The Feast of the Sacrifice is just as holy and important to the latter, but Netanyahu left them out of his holiday wishes, only deigning to rectify his oversight several hours later, after protests and furious reactions erupted on social media. “The holiday is a good opportunity to remember that there are also similarities between us,” he wrote in his revised greetings, this time to all Israeli Muslims.

“It took Netanyahu four hours to discover the existence of a million people,” said Samah Salima of Sikkuy, an organization devoted to Arab-Jewish equality. “That is the nature of his attitude toward his Muslim citizens. He exploits a holiday in order to humiliate and divide, as he often does. This was clearly no naive oversight. And the results of what he directs from above and the attitude toward Israeli Arabs, we see on the ground every day. We see it in nationalist legislation or in a minister of justice who says human rights are less important than Zionism.”

Speaking to Al-Monitor, Salima remarked that Netanyahu’s deliberate disregard of the Muslims celebrating the holiday is a direct follow-on to his divisive policies, this time, she believes, designed to drive a wedge between the Druze and the Muslims. She compared the prime minister’s delayed greetings to Muslims to Netanyahu’s apology in the aftermath of the elections over having warned that the Arab voters were flocking to the polls “in droves.”

“He brought in a group of actors who wore kaffiyehs and cheered as he supposedly apologized, but what he leaves behind is destruction, destruction and destruction,” Salima said. Netanyahu had invited Arab community representatives to his residence for the event.

Salima further commented, “Despite the justified feeling on Arab Israelis' part that they are more excluded under the Netanyahu government, 99% of the population is trying to keep its head above water and survive. Their success is due in large measure to their intense desire to survive and lead normal lives to the extent possible, despite Netanyahu.”

Sikkuy was established in 1991 to promote civic equality among the country’s Palestinian Arab and Jewish citizens amid the sea of hate in which Arab citizens of Israel have been designated enemies of the state. Sikkuy and other nongovernmental organizations seeking to foster human and civil rights and civic equality in Israel are fighting back against the divisive policies being sown by Netanyahu and his right-wing government.

This is the backdrop for “Common Peace,” a conference being organized by human rights and peace groups for Oct. 14 in the Arab Israeli town of Qalansuwa in the hope of boosting Jewish-Arab political work. In the announcement for the event, the organizers wrote, “Israel is currently undergoing a process typified by a deepening of the occupation, draconian legislation targeting individual rights and the supremacy of the rule of law, exclusion of the Israeli-Palestinian minority and the annihilation of intra-parliamentary organizations operating within civil society against the occupation and in favor of the rights of the Arab-Palestinian minority in Israel.”

The groups involved said they decided on a cooperative effort because the more established left-wing political entities, such as Meretz and the Joint List, and Knesset members have found it difficult to form a joint, Jewish-Arab front. The conference will be one element of this new activity.

One of the event’s initiators, director and activist Sinai Peter, told Al-Monitor that Netanyahu’s “intensive exclusion” was behind the planned action. He views Netanyahu’s delayed holiday greeting as “just a symptom.” Peter elaborated, “What pushed the organizations to get up and do something was Netanyahu’s suggestion several weeks ago to transfer the Israeli Muslim town of Umm al-Fahm and other adjacent towns to the Palestinian Authority. The idea that the Arab citizens are only here on sufferance, and can be moved willy-nilly for the sake of a diplomatic arrangement, is untenable.”

Peter, emphasizing that Netanyahu’s escalation against the Arabs motivates him and his cohorts, stated, “This is starting to threaten us Jewish left-wing activists. This is a true threat against human rights organizations, but it also spurs us to build a political force able to defend itself and fight back, and this force cannot be separate for Arabs and separate for Jews. It has to be joint.”

Salima remarked that the emerging front includes “all the forces — Jews and Arabs, Jews of Ashkenazi [European] origin and those of Sephardic [Middle Eastern] origin, immigrants from the former Soviet Union, religious and secular.” She asserted, “This [conference] is a good beginning, because the situation is unbearable, and it’s better to have people getting up and saying, ‘Enough is enough,’ than people who have given up in despair and believe that the destruction Netanyahu has wreaked cannot be rectified.”