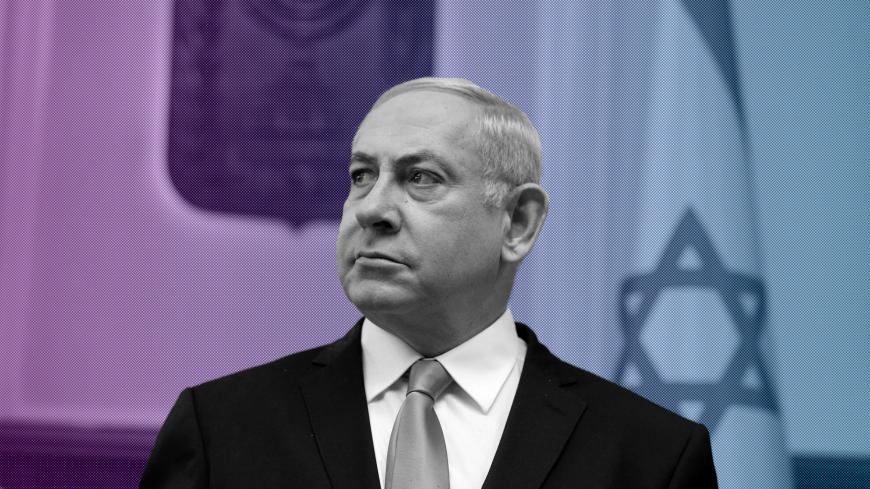 Prime Minister Benjamin Netanyahu has a rich record of outrageous pronouncements against Israel’s Arab citizens. On Election Day 2015, for example, he warned, "Arab voters are heading to the polling stations in droves,” boosting his support among those horrified at the idea that Arab citizens vote. These days, Netanyahu appears to have outdone himself in anti-Arab rhetoric twice in the past week — again in the midst of an election campaign, just like in 2015.

On March 9, television presenter and model Rotem Sela, angered by a minister who warned that the government’s political rivals would join forces with the Arab parties, wrote a post demanding to know when “will someone in this government convey to the public that Israel is a state of all its citizens.” Netanyahu responded: “Israel is not a state of all its citizens. According to the nation-state law we passed, Israel is the nation-state of the Jewish people — and not anyone else.”

Two days later, during a live event on his Likud party’s propaganda webcast, Netanyahu took it up a notch. “The Arab citizens have 22 nation-states around us, they do not need another one,” he said. Netanyahu was responding to Facebook viewer Ajed Kamal Abu-Assi, a member of the Druze minority who had served in the Israeli military, who asked how the prime minister could consider him a citizen with equal rights in light of the nationality law.

On March 12, Netanyahu boasted of the ties he had recently forged with six Muslim Arab states that he did not name. However, even as Netanyahu was engaged in constructive diplomacy, he was voicing destructive rhetoric against the state’s Arab citizens, drawing angry condemnation by the foreign minister of the UAE, possibly one of the six Muslim states to which Netanyahu referred. “Not only are PM Netanyahu’s comments that ‘Israel is not a state for all its citizens’ repugnant, but they provide vindication sought by extremists. The road to peace is further undermined by this shameful approach,” tweeted Anwar Gargash.

Netanyahu’s claim that Israeli Arabs could seek their nationality in 22 Arab states is identical to the rhetoric favored by Israel’s radical right. Knesset member Ahmad Tibi compared Netanyahu’s comments to those of ultra-nationalist Rabbi Meir Kahane, whose Kach party was outlawed in the 1980s. With side-by-side photos of the two, Tibi juxtaposed Netanyahu’s 2019 statement with Kahane’s in the 1980s: “The Arabs have 22 states and we only have one state, and I have no intention of losing this state.” Kahane, we should remember, urged the government to transfer Israel’s Arab citizens to Arab states in order to safeguard Israel’s Jewish identity.

“Netanyahu has a deeper connection to the US than I do to Yemen or Mauritania,” Tibi said in an interview with Al-Monitor this week. Tibi regards Netanyahu’s comments as far more egregious than Kahane’s, not only because he is a serving prime minister, but also because of the words “they do not need another state.” “Even for Netanyahu, this is a high level of incitement,” Tibi argued.

Knesset member Ayman Odeh also lashed out at Netanyahu, retweeting the words of another poster: “This is our homeland and we have no other homeland. We, Arab citizens, did not come here on a plane or a boat; we came from our mothers’ wombs.”

“My grandfather was born here in 1860, my father was born in 1902 and I was also born here,” Abdulbast Salameh, mayor of the Arab town of Qalansuwa, told Al-Monitor. “This is my homeland, this is my state, and all our lives throughout generations, we wanted to, we yearned, to live in peace with the Jews,” he said.

The anti-Arab rhetoric so prevalent in this election campaign has generated great frustration among members of the country's 21% Arab minority. Many members of his community consult with Salameh on how to respond and he tries to calm them down and assure them that better times will follow. “You Jews have a saying I like to quote,” he said. “It goes like this: ‘By three things a man is known: by his cup, by his pocket and by his anger.’ Netanyahu is angry because of the criminal investigations against him, because of the generals running against him, and he knows that whenever he is stressed out, he can incite against the Arabs and you Jews will vote for him. We have nothing to do with his investigations, but he uses us as an attack tool. It’s not new, but each time it’s sharper and causes greater pain.”

Salameh’s angry townspeople have a hard time accepting the explanation that Netanyahu’s stress over his legal woes makes him say things that undermine their rights, their belonging to the state in which they were born and their desire to become part of Israeli society.

Qalansuwa is located near the major Sharon District Jewish towns of Netanya and Kfar Saba. According to the mayor, its residents have a greater desire to fit into Israeli society than do residents of Arab towns such as Sakhnin and Umm Al-Fahm that are farther away and surrounded by other Arab localities. Qalansuwa also has fewer religious Muslim residents and the impact of the Islamic Movement is barely felt there.

Many of Qalansuwa’s 22,000 residents live in poverty. According to the Central Bureau of Statistics, the town only collects local taxes from 5.8% of households. The way residents see it, in addition to their daily struggle to eke out a living and obtain reasonable services, they also have to suffer incitement by the prime minister. If Netanyahu claims they have 22 other nation states, what will residents of the neighboring Jewish towns tell them?

Salameh says he was not surprised by the lackluster response on the part of Likud rivals to Netanyahu’s words. “The attitude of the Blue and White Party led by Benny Gantz and Yair Lapid, as well as that of the Labor Party, is to distance themselves from Arab voters so as not to give Netanyahu any cause to attack them and accuse them of being overly leftist, which could scare off moderate right-wing voters,” he said.

Tibi said in a Walla news site interview that Sela, who spoke out against the trampling of Arab rights, “has far greater courage than the three army chiefs who have been silent on the issue.” He was referring to the three former chiefs-of-staff at the helm of the Blue and White Party.

Surprisingly, Salameh does not regard their silence as a problem. “They know that if they say they are in favor of the Arabs, he will attack them. This will strengthen Netanyahu and weaken them. Therefore, they chose to shut up. They don’t want to lose and they don’t want to provide him with additional ammunition against us and them. Young Arabs have become used to such incitement,” he claimed.

Asked whether his attitude is not overly forgiving, the mayor responded: “I’m a realist.”