The problem with Knesset member David Amsalem's proposed legislation to prevent the interrogation of a sitting prime minister is the timing, its personal component and the fact that it could benefit Prime Minister Benjamin Netanyahu's campaign. 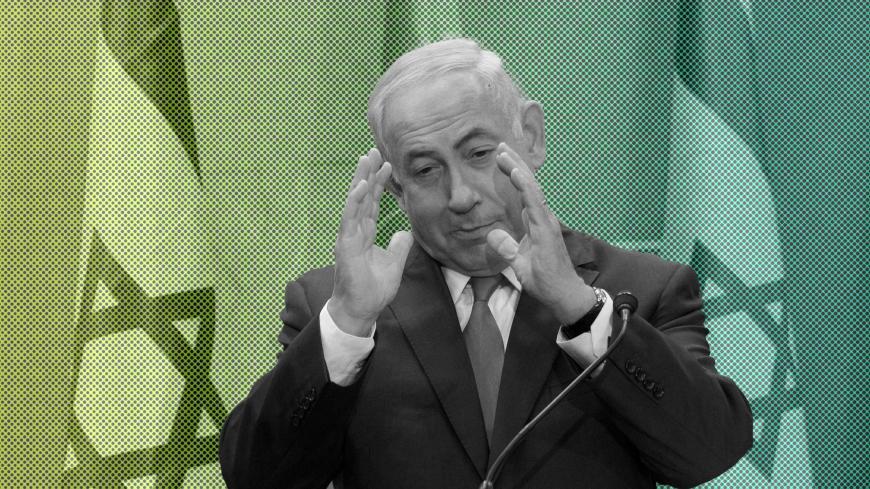 Last January, the Ministerial Committee for Legislation delayed its decision about a proposed law submitted by Likud Knesset member David Amsalem, which would have banned criminal investigations into a sitting prime minister.

At the time, the investigations into Prime Minister Benjamin Netanyahu were beginning to gain momentum. In explaining his proposed new law, Amsalem, who was the chairman of the Knesset's Interior Committee, explained that his law was necessary to ensure that a sitting prime minister could carry out his responsibilities without interference. To anyone who claimed that he was acting on behalf of the prime minister himself, Amsalem swore that the initiative was his alone and that in any event, it could not be implemented retroactively. In other words, Netanyahu would not benefit from it. Despite this, Amsalem could not get a majority to support his legislation and the proposal was shelved — though as we are learning, not for long.

It is now quite clear to everyone that recent developments in the Netanyahu investigations threaten his very ability to continue on as prime minister. On Sept. 6, it also became obvious that Amsalem has no plans to give up.

According to a report on Channel 2, Amsalem is planning to resubmit his proposed law to the Knesset as soon as it returns from its recess in late October. What he is actually proposing is an amendment to the Basic Law of the Government, determining that a criminal investigation cannot be launched against a sitting prime minister if the maximum sentence is less than six months in prison.

The chances of Amsalem's proposed law passing are slim. It is even fairly safe to assume that he is well aware of this. Nevertheless, the very fact that he is submitting the proposal can be seen as a pledge of loyalty to the prime minister from one of the Likud's most vocal advocates of defending Netanyahu at all costs.

As far as Amsalem is concerned, defending the prime minister in his time of dire need can be used as a political springboard. If Knesset member David Bitan is appointed a minister after an expected reshuffling, Amsalem sees himself as his natural successor as chairman of the coalition. It is also rather safe to assume that if Netanyahu really wasn’t interested in seeing Amsalem's law passed, it would not have been recycled at this time.

In the meanwhile, the proposal law is stirring up a media frenzy, even before it is actually submitted for a second time. Amsalem played innocent by explaining that he wasn't doing this for Netanyahu’s sake, but for the prime ministers who will succeed him since, as statistics show, it is highly likely that they will also come under investigation. The fact is that in the past two decades, four prime ministers have come under criminal investigation: Netanyahu in his first term, Ariel Sharon, Ehud Olmert and Netanyahu again.

Amsalem outlined the need for such a law in an interview with Army Radio: "I said it then, and I'm saying it again. I am not about to defend Netanyahu, so all the leftists can calm down. I am doing this to save Israel a lot of money — 3 billion shekels [$854 million] — on new elections. We have a country to run. There is no other country in the world where a prime minister is under investigation while he is in office. In many countries, it would be impossible to investigate a sitting prime minister. … Nor can I think of a single country that would investigate a prime minister for receiving cigars and champagne as a gift from a friend.” Amsalem is correct about a great deal of countries, though the presidents of Brazil and South Korea have been questioned by police in recent months.

The surprising thing is that if we were to separate Amsalem's proposed legislation from its timing, the personal component and the way it serves Netanyahu's campaign, there is a certain logic to it. It is worthy of a serious discussion at the very least, instead of the inevitable political bickering.

It is also worth noting that Amsalem is not the first politician to propose a law like this. Former Knesset member Ronit Tirosh of the Kadima Party proposed similar legislation back in 2011. Tirosh's proposal was known as the "French Law," because in France a sitting president cannot come under investigation so as not to interfere with the performance of his duties.

Her proposed law stated: "A situation in which a prime minister is under investigation is intolerable. … It raises the concern the prime minister will make fateful decisions in an egregious manner simply because the many investigations are consuming his time and energy." But Tirosh's proposed law was blocked nonetheless, even though it received the support of then-Justice Minister Yaakov Neeman. It was argued that what she was proposing violated the principle of equality before the law. While this was a strong argument against it, there was also a certain logic behind her proposal.

In its current form, the Basic Law of the Government does not impose any limitations on launching an investigation into a sitting prime minister's affairs, even if he is suspected of committing a crime prior to his election, as long as the investigation is approved by the attorney general.

Right now, Netanyahu is entangled in a web of criminal investigations, yet he still makes fateful decisions every day. The attack on Syria on Sept. 7, which was attributed to Israel by Syria, might have been one of these. Obviously, in an ideal situation, a sitting prime minister should be free from dealing with legal battles.

While it is inappropriate for legislation of this kind to be passed while investigations against the prime minister are already underway, this should not rule out a discussion about some law of this kind in the future. The only condition would be that the debate surrounding the law have nothing to do with any particular individual or any existing legal entanglement. If this is indeed the case, the law would certainly win broad support from the coalition and opposition alike.