Prime Minister Benjamin Netanyahu is confident that if he announces early elections, he would win another mandate. 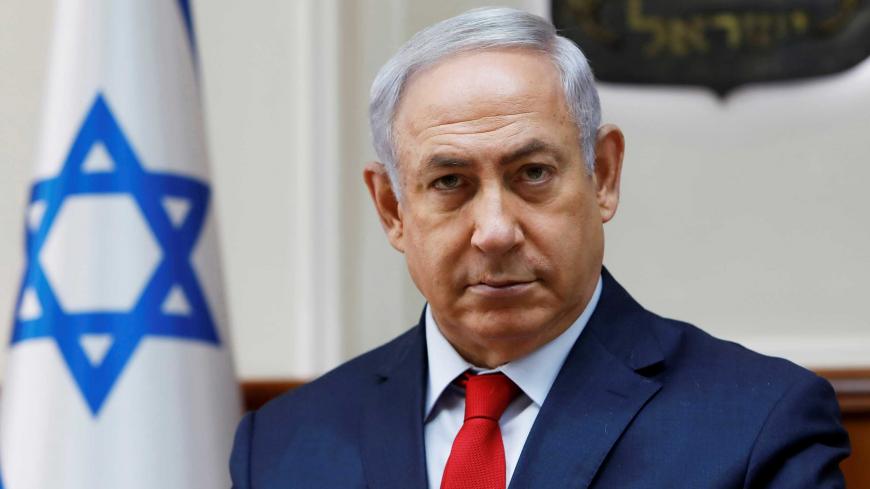 The Israeli political arena has been in uproar for a while now over a bill proposal advanced by Likud member David Amsalem to grant immunity to sitting prime ministers, protecting them from police investigations and indictment while serving. On the night of Oct. 28, senior Likud ministers were shocked to hear media reports that David Bitan, chairman of the governing coalition, is planning to put Amsalem's proposed legislation, the so-called French Law, to a vote in the Ministerial Committee for Legislation. He made his decision despite an agreement reached a few days earlier to put the proposed legislation on hold. Apparently, the goal in passing it would be to afford Prime Minister Benjamin Netanyahu a chance to avoid criminal investigations if he is elected to another term. If passed, the French Law, nicknamed after a similar provision in France, would not cover the current term.

HaBayit HaYehudi has already expressed its opposition to the bill. Finance Minister Moshe Kahlon, chairman of Kulanu, announced that he would allow his Knesset members to vote according to their conscience. Meanwhile, Attorney General Avichai Mandelblit has issued a statement saying the proposed legislation would be a blow to the rule of law. It would therefore have appeared that the French Law was dead and buried.

It turns out that while Bitan was retreating from that piece of legislation, as Netanyahu's "fixer," he was promoting the "Bibi 2 Law," which would prohibit the police from releasing summaries of an investigation after an investigation is concluded. This toned-down version of the French Law would also be to Netanyahu's advantage in that even once the current police investigations into his possible corruption are concluded, the public would still not know whether there is an evidentiary basis for putting him on trial until the attorney general's office makes a decision on whether to indict. This would give Netanyahu the time he needs to run for re-election and win, according to the current polls. In other words, Netanyahu would form the next government.

Bitan's Saturday night surprise resulted in a coalition crisis, as anticipated. HaBayit HaYehudi leaders claimed his action violated an agreement with them not to bring the proposed law before the Ministerial Committee for Legislation, but Bitan has insisted that if the French Law is not put up for a vote, no other piece of coalition legislation will be brought before the committee either.

Likud's ministers, including the most senior among them, came to the conclusion the night of Oct. 28 that, yet again, Netanyahu is not taking them into consideration, that Bitan has managed to work his way around all of them and that he is now the political figure closest to the prime minister. It was obvious to everyone that the move had been coordinated with Netanyahu to create an atmosphere of unease within the coalition. Some ministers raised the possibility that Bitan's stubborn insistence is just spin, intended to distract the media from a new lawsuit by a former cleaning lady that a former employee of the prime minister's residence has brought against Netanyahu's wife, Sara.

What really concerns senior members of the Likud and the coalition, however, is the question of whether Netanyahu is intentionally pulling the rug out from under HaBayit HaYehudi and Kahlon to create a coalition crisis that will lead to early elections. According to this scenario, if Netanyahu succeeds in advancing the election before Mandelblit makes a decision on whether to indict, it will be easier for him to be re-elected. If reelected, he might then be able to pass the French Law and avoid further investigations in office. This would also block any rival claimants to the Likud leadership, chief among them former Minister Gideon Saar. Both Saar and Transportation Minister Yisrael Katz are being mentioned as potential heirs if Netanyahu is forced to resign because of the investigations into his dealings.

"It is absolutely infuriating that we have no idea what Netanyahu is planning," one senior Likud minister told Al-Monitor on the condition of anonymity. "My feeling is that he wants to advance the next election, because now he is strong and the polls show that he would be the next prime minister. The problem is that he needs an excuse. Otherwise, what would he say to his coalition partners, who don’t want an election now."

Topping the list of coalition partners who do not want an election is Kahlon. He actually told Netanyahu that he would not help him advance to elections. That is why Kahlon announced Oct. 1 that he intends to pass the 2019 budget very soon. Passing the budget would provide the government a stable coalition and limit the number of reasons to advance the election. It is in Kahlon's interest to hold elections as far into the future as possible, since that would give him more time to improve in the polls. At the same time, it would be detrimental to Labor Party Chairman Avi Gabbay, Kahlon's nemesis. Kahlon had appointed Gabbay environment minister on behalf of Kulanu only to have him quit the party and government and take over the Labor Party. Kahlon cannot abide by the fact that Gabbay is soaring in the polls. He believes, however, that Gabbay will, with time, wear out his welcome.

Kahlon is not Netanyahu's only problem. The chairman of the ultra-Orthodox Shas, Interior Minister Aryeh Deri, also has no interest in advancing elections. Deri is entangled in criminal investigations of his own, and recent polls show that Shas might not even pass the electoral threshold, disappearing from the Knesset if elections were held today. Another coalition partner who has no interest in early elections is the chairman of Yisrael Beitenu, Defense Minister Avigdor Liberman. He loves his job and will do anything to prevent the coalition from falling apart.

Netanyahu is well aware that his coalition partners will block just about any move he makes to hold early elections, so he is constantly testing their limits. The current assessment in the political arena, however, is that if Netanyahu does decide to initiate a move leading toward early elections, it would be hard to stop him.

On Oct. 29, as the shock waves from the French Law crisis rippled through the coalition, Netanyahu told a meeting of Likud ministers that he is not interested in passing legislation related to the investigations into his actions. Nevertheless, no one really believes that Bitan acted on his own one night prior. This is just the second week of the Knesset's winter session, which is taking place in the shadow of the criminal investigations into Netanyahu’s affairs. Yet his coalition is stable. While not one of his coalition partners wants early elections, his position in the Likud is solid.

What all this means is that it looks like Netanyahu's fourth government will be able to complete its term, until 2019, as Netanyahu has said on more than one occasion he wants to do. Nevertheless, the coalition and the Likud itself are wary of the prime minister. They would not be at all surprised if they wake up one fine morning to a crisis that will make it impossible for the current government to continue in office.