Despite talk of an impending rapprochement between Saudi Arabia and Iran, facts on the ground suggest that reconciliation is not yet on the horizon. 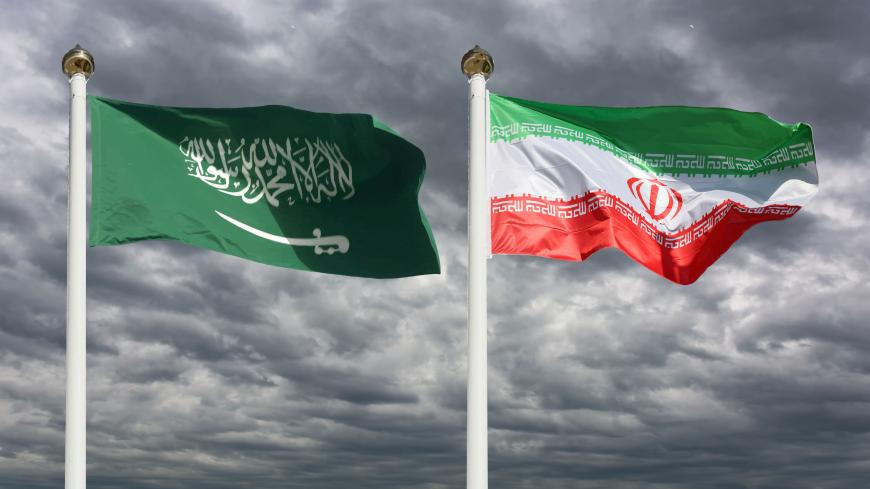 Attempts to mediate between Iran and Saudi Arabia have probably reached a dead end, an Arab diplomatic source told Al-Monitor on condition of anonymity. The source added that a new path doesn’t seem to be possible given “Tehran’s arrogant approach in the region and its insistence on threatening its neighbors, meddling in their internal affairs and helping destabilize the region.” This appears to put an end to speculation that a new chapter might be ahead between the two Persian Gulf neighbors whose relations saw a drastic deterioration in the past years, notably after Riyadh executed a Saudi Shiite cleric on Jan. 2, 2016, and angry Iranian protesters stormed the kingdom’s diplomatic missions in Tehran and Mashhad in retaliation. Prior to this, a series of events had laid the foundations for the Saudi-Iranian collision, starting with the crisis in Syria that began in March 2011 and including the war in Yemen launched by Riyadh and its allies in March 2015.

Despite the continuing wars in Syria and Yemen, there was room for optimism when Iraqi Interior Minister Qasim al-Araji told reporters in Tehran on Aug. 13 that Saudi officials had asked his government to bridge the gaps with Tehran. Saudi officials later denied Araji’s claims, but this didn’t end the wave of positive thinking that reached its peak during the hajj season. There were 85,000 Iranian pilgrims who participated in this year’s pilgrimage, and news of Saudi and Iranian delegations visiting their respective countries gave the impression that this might be the beginning. Then came the hajj message from Iranian Supreme Leader Ayatollah Ali Khamenei, who remarkably didn’t mention Saudi Arabia or its government despite the fact that his message last year was dedicated to criticizing the kingdom and its policies. It was obvious that Iran wanted to send a different message this year, not necessarily in response to Iraq's mediation, but perhaps just as a sign that the Islamic Republic had no intention to escalate the situation, even though the administration in Tehran is quite confident that rapprochement with Riyadh is unlikely.

On Sept. 5, this author had the chance to conduct a televised interview with Iranian Foreign Minister Mohammad Javad Zarif, who said his country was ready to cooperate with Saudi Arabia to end crises in different parts of the Islamic world. Zarif said, “We are ready to cooperate with Saudi Arabia to put an end to violence in Syria, to violence and oppression in Bahrain, not to mention the irrational war in Yemen.” Zarif said his country is always open to dialogue “but this is not the case with respect to our neighbors; if there’s any change, Iran will surely welcome that.”

Zarif’s answers gave a clear indication there was no serious discussion going on between the two countries. “If the Saudis are ready to turn the page, we are ready, too,” he said. “We have to stop talking about the tension and pave the way for cooperation. We don’t need additional crises in the region, but rather more cooperation and understanding.”

Iraq, Yemen, Syria, Lebanon and Bahrain remain the main points of entanglement between Iran and Saudi Arabia. Iraq is Iran’s backyard while Yemen is Saudi Arabia’s. Lebanon, Syria and Bahrain are areas of balanced engagement; Iran has the upper hand in Lebanon, Saudi Arabia in Bahrain; Syria remains a contested ground, though Saudi Arabia is said to have limited its role there. The regional map of control prompted some to predict that Saudi Arabia’s alleged use of Iraqi mediation to engage with Iran was a clear indication the Gulf kingdom was conceding to Iran and that the clash between the two bitter rivals was coming to an end. Yet this isn’t the case, and Iraq is a good example in this regard.

When Iraqi Prime Minister Haider al-Abadi and later Araji visited Saudi Arabia in July, the visits were regarded as surprising. Speculation at that time didn’t go far with respect to Saudi Arabia’s role inside Iraq, but rather was focused on Iraq’s role in bridging ties between Riyadh and Tehran. The same happened when prominent Iraqi leader Muqtada al-Sadr made an unexpected visit to Jeddah on July 31, meeting the Saudi crown prince and other officials. Once again, thoughts and analysis went to Iranian-Saudi ties, and the regional context helped in boosting the speculation. Yet events that took place later suggest there might be a different answer to the big question as to what was behind Sadr’s visit to Saudi Arabia.

Since the fall of the regime of Iraqi leader Saddam Hussein in 2003, Iran has played a vital role in the making of the new ruling elite in Iraq as part of what is called “political Shiism.” Iraqi Shiite parties, despite their cooperation with the US occupation, had strong ties with Tehran, making Iran one of the main players in the Iraqi political arena. Saudi Arabia had good ties with prominent Sunni political movements and some secular Shiite political figures, and this gave Riyadh leverage in Baghdad for some time, but not at the level Saudi officials desired. Later, mainly after the US withdrawal from Iraq and the start of the conflict in Syria, things changed drastically, and with the Islamic State’s occupation of Mosul and Iraqi provinces such as Anbar, Iran emerged from being the regional country with the upper hand to being the only influential such hand in Iraq, starting to win hearts and minds.

But still the hearts and minds of the Iraqis aren’t united; differences among political factions aren’t new, and elections are on the doorstep. Saudi Arabia’s new approach might this time be to play in Iran’s backyard and invest in Shiite religious groups rather than just Sunni movements and secular Shiites in Iraq. Such a move could give Riyadh additional cards to play whenever a table is set and could be Saudi Arabia’s way of accepting an Iranian role in Yemen by imposing the kingdom as a new player in Iraq.